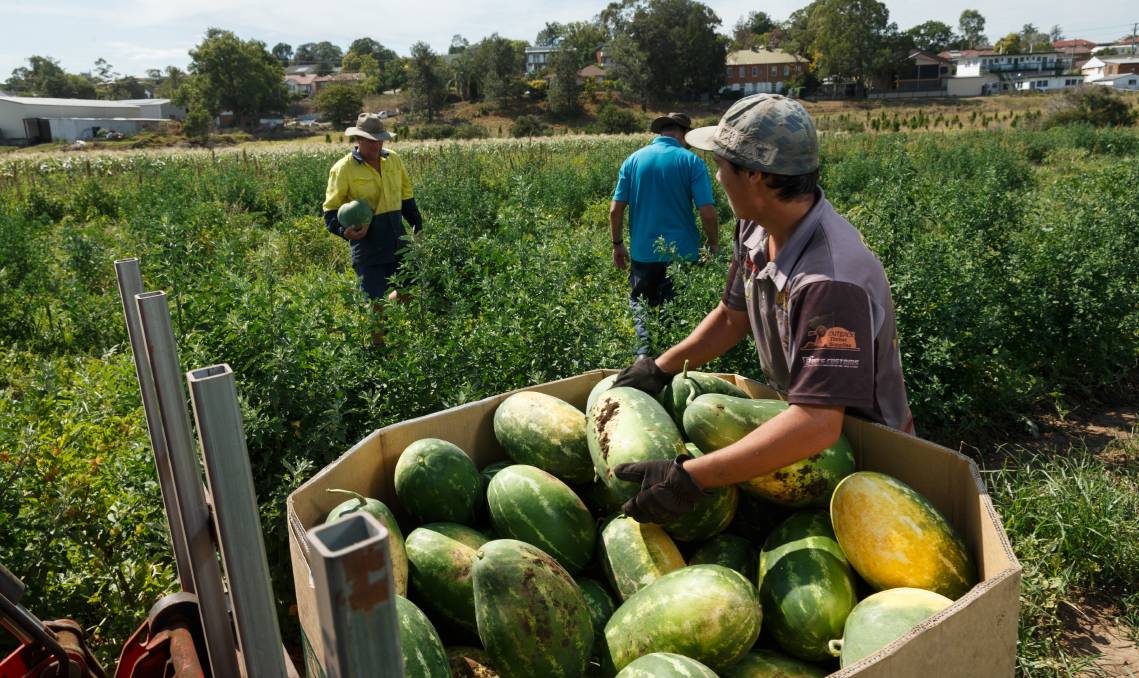 The Seasonal Worker Program has the potential to be expanded to more than 100,000 workers.

THE Seasonal Worker Program could be expanded tenfold, however experts have warned against opening the scheme up to Asian countries.

With the ag sector in the grips of a pandemic-induced labour shortage, the Seasonal Worker Program (SWP) has become one of the focal points of a parliamentary inquiry in to temporary migration.

The federal government committee heard evidence from the Development Policy Centre, a think tank for aid and development that benefits Australia and its international neighbours.

"In 2019/20, some 12,000 Pacific workers worked on Australian farms, but we estimate the potential workforce at over 100,000, and probably many times that," Professor Howes said.

Tonga is the biggest contributor, with 13pc of their 20 to 45 male population going to either Australia or New Zealand for season work. However, other countries are well below Tonga's level.

"That suggests there is massive scope for expansion," Prof Howes said.

"Timor-Leste still has very low numbers, while Papua New Guinea is hardly yet to participate. Those two countries alone would provide the scope to go well beyond 100,000 if there was the demand for it.

"The supply side is not the issue - there is massive excessive demand [from Pacific nations], so there is ample supply for future growth."

However, Prof Howes warned the committee to ignore calls for the program to be expanded in to Asia, citing it to be an effective soft diplomacy measure within the Pacific.

"I think we'd really be shooting ourselves in the foot if we expanded in to Asia," he said.

"We have to look at why the seasonal worker program was introduced. It was partly meet the demand for labour, but it was also for geo-political reasons."

Prof Howes said the Pacific was "growing in geo-political importance" and the SWP was a popular scheme with the island nations, and one that countries such as China couldn't offer.

"We need to look after the Pacific - unlike Asia, it has very limited employment opportunities, and because of its small size and remoteness, it's not going to go down the path of industrialisation," he said.

Prof Howe said the backpacker program was "undermining" the SWP, and suggested greater priority be placed upon the Pacific scheme.

Research shows SWP workers are 20pc more productive than backpackers, given most Pacific workers return an average of four times, with their skills increasing with each stint.

Backpackers are more likely to be exploited then Pacific workers, as the SWP is "much more tightly regulated" and businesses participating in it have to be licensed to do so.

"Clearly we should prioritise those schemes that are less exploitative - that would mean reversing to the measures to provide second- and third-year backpacker visas for agricultural work," Prof Howes said.

The Development Policy Centre also recommended allowing seasonal workers to move between farms, which allow more farmers the opportunity to take part in the scheme.