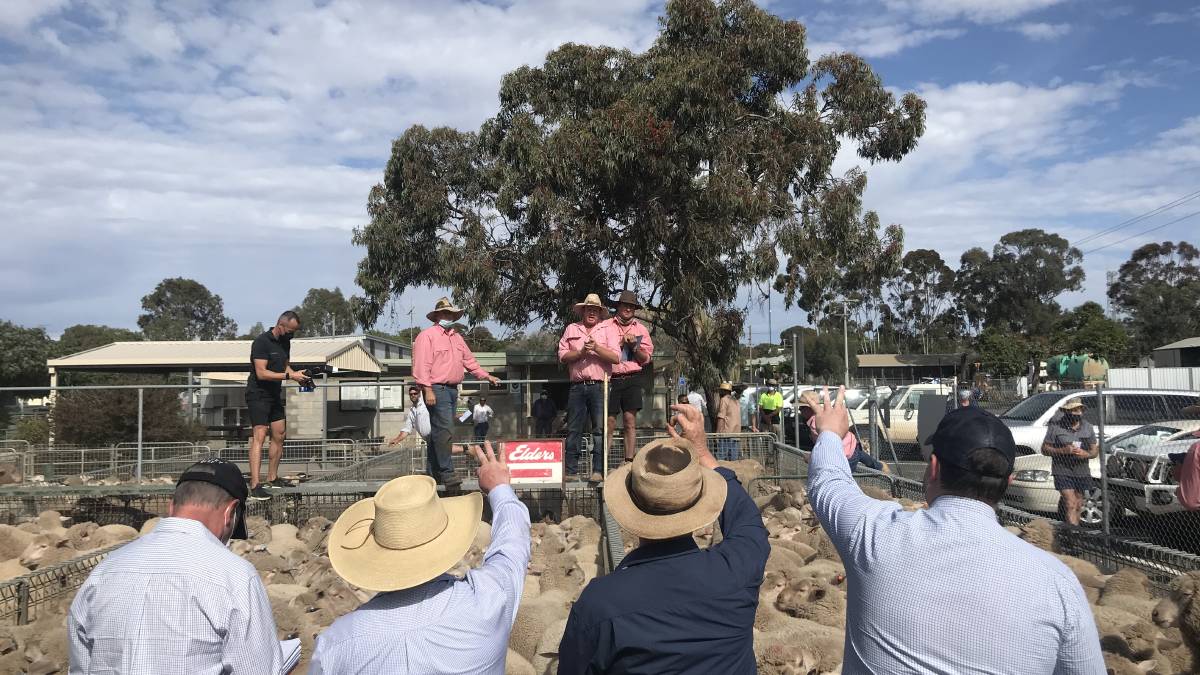 The lift in exports compared to August accounted for around 130,000 head of lambs, which helped cope with increasing supplies.

Despite Covid shaking the export markets up earlier this year, lamb is making a recovery.

Despite Covid putting strain on export markets earlier in the year, Australia's lamb market recovery is now flowing through to saleyards with September lodging itself as the biggest lamb export month since April.

And as we see lamb prices continue to rise in October, export demand continues to soak up some of the increasing supply as the spring flush approaches.

But although there is still plenty of room for stronger exports to the Middle East and China, according to industry experts, it seems the United States and its economic recovery has put a floor in the market.

Matt Dalgleish, Thomas Elder Markets, said the export lamb market felt the initial brunt of Covid-19 when key export nations essentially shutdown in April, but it has been able to recover relatively quickly, which bodes well for the outlook moving forward.

"We saw a decline in lamb exports from Australia in April and by May we were considered below what is the normal range," Mr Dalgleish said.

"Normally our export prices are higher through winter, but not so much this year with Covid making it a strange season."

But as the industry emerges from winter, Mr Dalgleish said both Australia and key export nations for lamb products are getting back to normal.

"We have been able to get lamb exports back up and above the normal trend in range, even above what we saw last season," Mr Dalgleish said.

"And as the export markets improved in recent months, the prices started doing the same."

Total lamb exports for September were up 14pc on August, 7pc on September last year, and 19pc on the five-year average.

The lift in exports compared to August accounted for around 130,000 head of lambs, which helped cope with increasing supplies.

For the two biggest export destinations of Australian lamb, China and the United States, the figures are mixed.

While exports recovered by 7pc to China in August, they were down 28pc on September last year.

And although demand is still okay, prices are usually better when China is buying strongly.

But in the US however, recovery of the economy has seen lamb exports continue to increase.

The latest figures show Australian lamb exports to the US were higher year-on-year for the fourth month in a row, and up 25pc on September last year.

"Exports to the US dipped through April and May as shutdowns penetrated through the country and in particular the closure of their food service industry," Mr Dalgleish said.

"About 60pc of lamb exports that go from Australia make their way to the food service sector in the US and about 60pc of those end up in the fine dining restaurants, not the takeaway areas.

"Obviously with Covid lockdowns, the takeaway areas were managing okay, but the sit down restaurants were struggling, so we did see a bit of a reduction of volumes through that period."

But he said as many states return to a more normalised scenario, lamb export volumes through winter and early spring are back to quite strong levels.

And although figures show high value lamb export prices to the US have improved, they remain below last year's prices.

In the Middle East, lamb demand appears to be improving and after spending a majority of the year behind due to Covid ramifications, with lamb exports have returning to similar levels to last year.