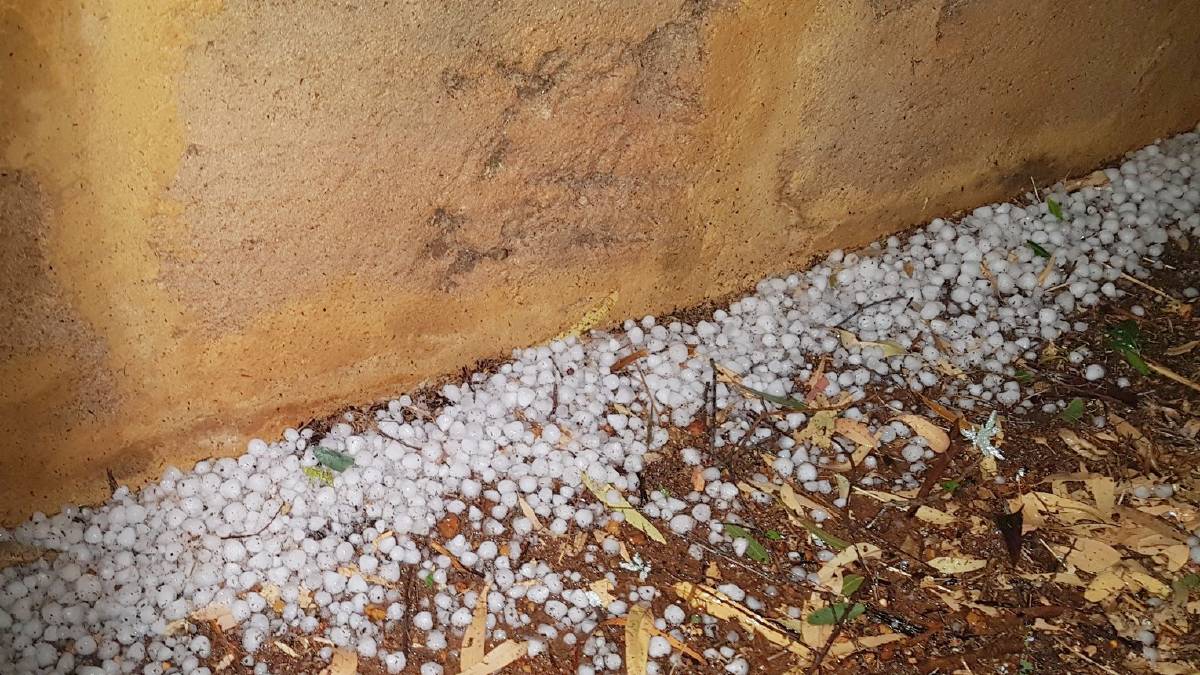 There was hail across parts of the grain growing region at the end of last week, including in Wongan Hills. Photo by Sue Middleton.

The north eastern Wheatbelt copped the brunt of it at the end of last week.

AS if the rain at the end of October and beginning of November wasn't enough to slow down harvest, patchy falls and hail around the grain growing region at the end of last week and the beginning of this week has caused damage to crops and halted the operation even further.

The north eastern Wheatbelt copped the brunt of it at the end of last week, with the rain stretching from as far east as Southern Cross and as far north as Morawa, all the way to the coast.

According to the Bureau of Meteorology, in the 24 hours to 9am last Friday, Bonnie Rock topped 30 millimetres of rain, Wialki had 18mm, Bullfinch got 17mm, Latham copped 14mm and Coorow received 13mm, while some farmers recorded much more.

The hail mainly seemed to strike in the area around Latham, Buntine, Dalwallinu and Wongan Hills, however areas as far west as Badingara also copped it.

Badingarra farmer David Hayes said he had 1000 hectares of wheat on a leased farm, about 30 kilometres from the home property, which was hit hard by the hail.

"Yield wise, it was going to be three tonne per hectare, now I'm hoping we'll average 2t/ha off it, so it's knocked a third of our potential off across the board.

"We got rain at the beginning of November, the end of last week and on Monday as well, because of all of that it may have affected the quality but we won't know until we start harvesting it." 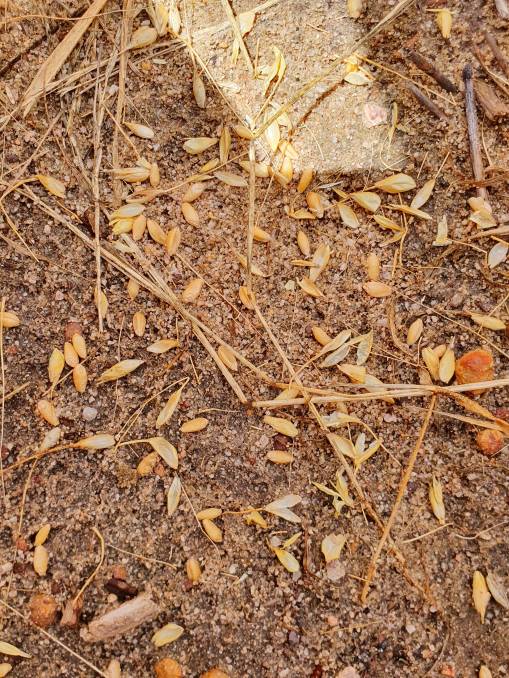 Badingara farmer David Hayes' wheat crop was hit by hail, causing the grain to be knocked out of the heads.

Mr Hayes still has about a week's worth of harvesting left on his canola and after that he hopes to get started on the cereals.

"The rain will put us behind schedule by at least two weeks, but luckily we have a spread of different crops and can get on with the canola and possibly the lupins," he said.

"We'll have to look at the barley as well, that looked like it was going to make malt, but with the rain we might have trouble with staining issues.

"If these rain events do keep coming, we will have quality issues, but so far the canola on the home farm has been high oil content, high yield and low moisture - it looks like it's going well over 2t, so we're pretty happy with that.

Buntine farmer Stuart McAlpine said he received between 8-16mm of rain at the end of last week, along with a little bit of hail damage on a block that didn't get much during growing season rain.

Fellow Buntine farmer Shaun Fitzsimons received similar falls and said it was the second time in a week the rain had slowed harvest for them.

"We've been trying to harvest out west Buntine for over two weeks but it's been very stop-start," Mr Fitzsimons said.

"We've been stuck on canola and it's been really slow going, I had about 50ha to finish early last week but the moisture really holds it up, so instead of waiting I harvested a paddock of lupins."

Earlier this week rain fell across the majority of the grain growing region stretching from around Morawa all the way to Albany and inland towards Merredin.

CBH Group chief operations officer Ben Macnamara said the isolated thunderstorms over parts of the grainbelt would cause further interruptions.

"Wet weather has been creating challenging conditions for growers, many of whom were just starting to ramp up their harvest programs," Mr Macnamara said.

"Last year we experienced a relatively dry, uninterrupted harvest which allowed us to receive the Western Australian crop in a short amount of time, while this year, we've already seen two rain events halt activity.

"With more rain earlier this week, further interruptions are likely which will continue to impact the pace of harvest deliveries." 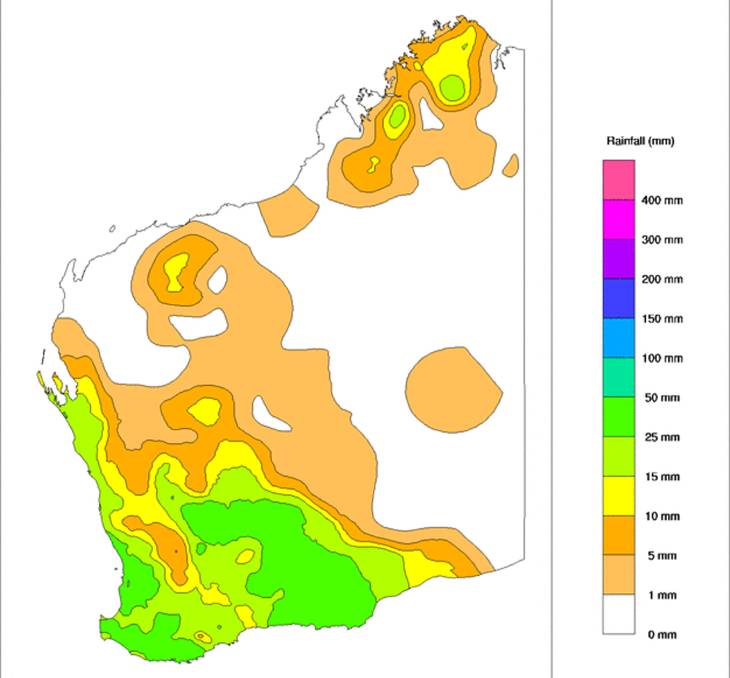 Rainfall totals in the week leading up to 9am on Friday

While there was an increase in the pace of harvest deliveries towards the end of October, receivals have slowed down at many receival sites as a result of the widespread rainfall.

Despite that, as of Monday morning, almost 1.5 million tonnes had been received since October 30, taking total harvest deliveries to 2.6mt.

Mr Macnamara said CBH was closely monitoring the impact of the wet conditions to ensure the appropriate services would be available to affected growers.

"We're keeping a close eye on receivals and liaising with growers to understand how these wet conditions have impacted their crops to ensure we can offer the most suitable services," Mr Macnamara said.