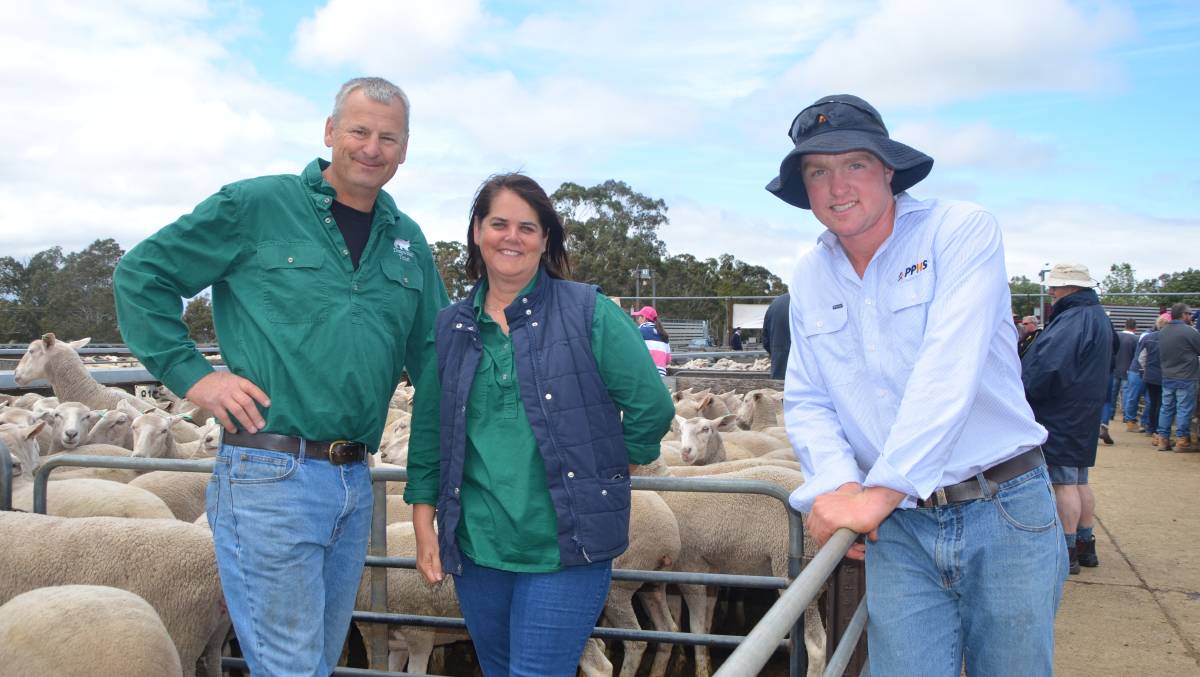 Demand remains through spring flush as producers in eastern states look to turn green feed and stubble into quick returns.

South Australian weekly lamb throughput jumped 51 per cent on the week as the spring flush begins to peak in the region.

That represents 18pc more lambs than the five-year seasonal average for the first week in November.

In comparison, Victorian producers appear to not be rushing, with only a 3pc increase in yardings week on week at just over 62,000 head.

The figure was 21pc lower than the five year seasonal average and 10pc under the average trend for the first week in November.

But Thomas Elders Market analyst Matt Dalgleish said he predicts it wont be long before weekly Victorian lamb numbers presented at the saleyard begin to head above 100,000.

"But in the case of Victoria, the timing of the spring flush is slightly different, generally peaking into December.

"Often during late October and early November there is some week on week variation in lamb throughput numbers as the Melbourne Cup long weekend disrupts lambs being presented.

"However, come mid-November the Victorian lamb flush is getting into full swing with weekly lamb numbers increasing rapidly to see them break above 100,000 head per week and upwards of 140,000 head as we roll into December."

According to Mr Dalgleish, pasture in Victoria is abundant creating the temptation for producers to hold onto lambs to add weight.

But he said with lamb prices holding firm there is an incentive to "cash in the chips" before the big volumes of new season lamb start to weigh on the market.

Elders livestock agent at Naracoorte, Tom Dennis, said due to NSW now in full drought recovery mode amidst a fantastic season, the peak of the SA spring flush had little impact on prices.

"Supply has been very controlled, which means there has been no panic selling," Mr Dennis said.

"It has rained every 10 to 15 days so we haven't seen any great surges that typically come with that.

"Everyone has lots of hay, lots of grain, they'll shear any lambs that they are not as satisfied with the prices they are getting in the spring.

"It all means the prices have remained very stable."

He believes the stability in the market will continue for at least the next 12 months.

"There are lots of lambs going back to the paddock, but they are price sensitive as well because they have got control," he said.

"It's all about supply and demand. Because they have feed in store - grain hay and lots of stubbles - there will be very measured marketing of all livestock this year and the next 12 months."

The strong sheep prices have attracted more sheep to the yards with east coast yardings up 6pc on the week prior and levels are 16pc ahead of the average seasonal trend for this time of the year.

These increased throughputs indicate producers are starting to offload lambs to market in most states due to the strong prices, despite Victorian sheep farmers still running under the average seasonal throughput pattern.

Ruling the market at present is light and restocker lambs as producers in the eastern states look to turn green feed and stubble into quick returns.