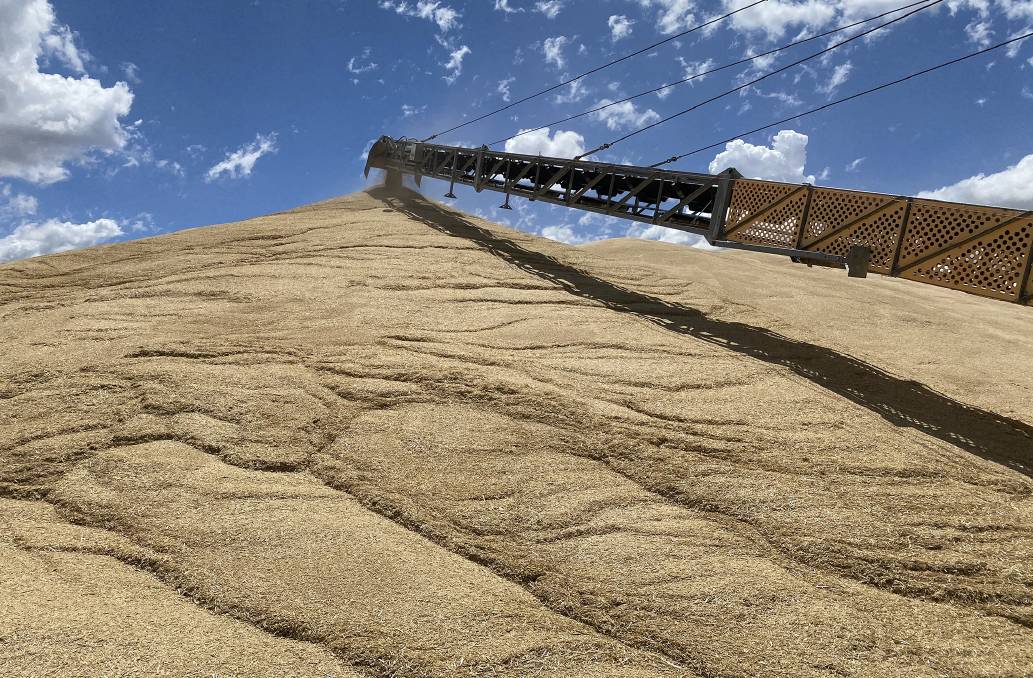 Grain is flowing into GrainCorp sites across NSW, such as the pictured receival centre at Werris Creek, on the Liverpool Plains.

It's a stat that highlights NSW's stunning turnaround this year. The state is close to growing as much wheat as all of Australia last year.

IN ONE from the 'Only In Australia' files, NSW, the state that contributed just 15 per cent of a drought hit national wheat crop of 15.1 million tonnes last year could produce over 80pc of the entire national 2019-20 crop this year.

Analysts such as Market Check have NSW wheat production pegged at 12.5m tonnes, while Australian Crop Forecasters and StoneX have a figure of 12.1m tonnes.

In context, this is over five times last year's NSW crop of 2.3 million tonnes.

There have been reports some private analysts have come out with numbers as high as 13.5 million tonnes, but this may prove to be slightly ambitious given light frost damage in the central west knocking off the very top end of yield.

"It would require really serious crops right across the board to get up to that figure of 13.5m tonnes," said James Maxwell, Australian Crop Forecasters.

"While we're seeing lots of lovely crops on social media, one person the other day posted a relatively ratty crop for want of a better word and rightly pointed out that it is rare to see pictures of the worst paddock."

"There's no doubt it is a huge crop, but I wouldn't expect we are going to find an extra million tonnes from here," he said.

A farmer in the central west backed up this theory.

"We've had a great year, there's lots of yields between 3 and 3.5 tonnes to the hectare and the odd paddock in excess of 4t/ha which is great for this region, but equally there has been a bit of frost about," said Terry Fishpool, Tottenham.

"Especially in the lower lying areas we are picking up a bit of frost, it is up to 30-40pc in some paddocks," Mr Fishpool said.

"In some cases we also might have been just that one rain short of achieving absolute maximum yields."

It said that harvest was in full swing from Moree in northern NSW right down to Boree Creek in the northern Riverina, with receivals increasing in both the southern Riverina and Victoria.

NSW is not the only state set for a big harvest.

Mr Maxwell said he had Victorian wheat production at 4.4m tonnes, but had heard of estimates up to 4.8m tonnes.

"The difference will be higher production, especially in the Millewa in the far north-west where it was very dry last year and through parts of the Mallee," he said.

"In the Wimmera, Western District and north-east, where they had a great year last year estimates are for a similar or maybe very slightly better season, but it probably won't be a lot larger," he said.

So far 300,000 tonnes has been delivered into the GrainCorp network in Victoria.

Sponsored by
Australian grain has to compete with aggressive Black Sea offers into South East Asia.
Test
A new trade deal with China is helping give NSW alpaca producers a boost.
Test
All the results from the Jersey breed judging of the Sydney Royal Show.
Test
Australia is celebrating a major biosecurity victory.
Test
Scanned-in-lamb ewe numbers travelling east concerning: Elders
Test
Leader farm machinery dealer O'Connors has bought two new locations in Victoria at Ballarat and St Arnaud.
Test
A cattle designed to perform in tough conditions and against the odds, so it probably comes as no surprise that they're launching a beer in Australia's most competitive beer industry.
Test
Toyota has imported 20 new-generation Mirai hydrogen-powered sedans to Australia for a major trial.
Test