Markus Rathsmann has been elected as the new Cattle Council president. 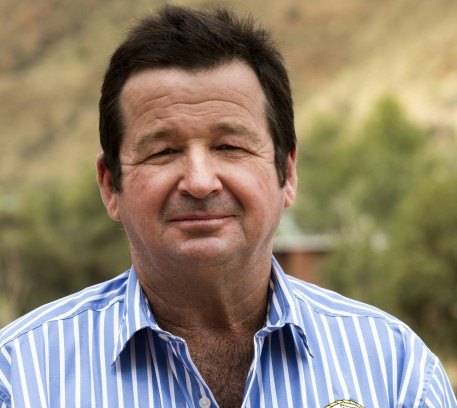 Mr Rathsmann has served on the board of Cattle Council as the Northern Territory Cattlemen's Association representative since 2016.

He paid tribute to outgoing president, Tony Hegarty, who was elected to role in November 2018, saying the NSW beef producer had been an upstanding leader for the cattle sector.

"I'm committed to building on Tony's work to make sure beef cattle producers' get a fair go," he said.

"Our customers can be assured Australian beef is safe, healthy and sustainable which is backed up by our world-class integrity systems.

"Can I also congratulate Lloyd Hick who has been elected vice president and reappointed to the board as the AgForce Queensland Director."

Too much spent on chasing interest groups down wombat holes, beef producers told

Cattle splinter groups urged to 'get back in the boat'

"David has been an important leader for our industry over the past six years, heading up CCA's Industry Systems and Food Safety Committee," he said.

"David is succeeded by Alice Greenup from the South Burnett Region in Queensland.

"I would also like to congratulate Gillian Fennell from Livestock SA, Peter Star from the Victorian Farmers' Federation, Geoff Pearson from WA Farmers and Olivia Lawson our Independent Southern Director were all also appointed to another two-year term.

"I look forward to working closely with all members of the Cattle Council and its staff, to drive positive outcomes for the beef industry.

"Australian beef cattle producers have every reason to hold their heads high and their future is bright.

"Cattle Council remains committed to helping our industry grow by representing and advocating for beef cattle producers, so they get the rewards they deserve."