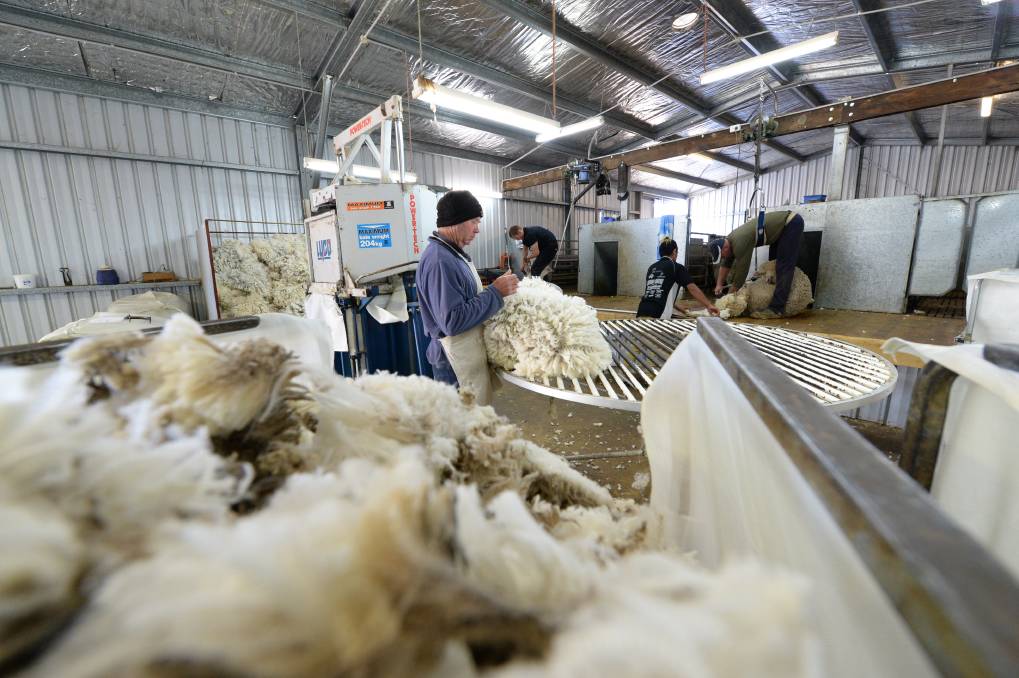 How Australia's Merino sector promotes its fibre to modern Chinese consumers will be key to the fortunes of local growers in years to come.

Elders says promotion of wool to the modern Chinese consumer will be vital in coming years.

Amazingly, last week's wool market was calm compared to recent times - and not the volatile, petulant affair of the past few weeks.

Prices on the first day of selling opened weaker, as most in the trade had expected going into the week, with the higher quantities rostered offsetting the few new orders around.

But more like the polite, gentlemanly affair they conduct over in Port Elizabeth, South Africa - where the auctioneer asks a question and the buyers politely give their price - the market settled very quickly and calmly.

After the prices had eased on Tuesday - only by a relatively small 30 or 40 cents a kilogram - a base was quickly established.

But rather than launch upwards, the market gently moved-off in a positive direction.

This staid and steady movement was welcomed by all in the trade, as the previous moves of up to 100c/kg had been starting to wear a bit thin.

Overall, the market movement for the week was a fall of 30c/kg, which was a drop of US24c/kg and 22 Euro cents.

This equated to a contraction of about 2.5-3 per cent - which would not be enough to make the Alan Kohler segment on the ABC news.

The positive tone appears set to continue this week, with plenty of follow-up inquiries on passed in lots reported - and a few more genuine bids appearing on the Riemann futures platform.

With Chinese and international retailers still tallying-up the stock movements from the Singles Day online shopping extravaganza in China the previous week, where something like $115 billion worth of merchandise changed hands on just the two major platforms Alibaba and JD, there is hopefully a bit of restocking taking place.

How many new garments need to be purchased to refill these virtual shelves is still a big question.

The popular double-faced fabric garments tend to be an autumn or spring collection, while heavier coats and puffer jackets come into vogue during winter.

The fake fur fashion has fizzled this year and, with a decent amount of this fabric already lying around in warehouses and production facilities waiting for a new home, this product is unlikely to provide a boost for the crossbred wool market as it did a couple of years ago.

The sweater trade, although still missing the crucial export segment, seems to be rolling along and basically providing the lion's share of current demand from the Chinese domestic market.

With the COVID-19-induced supply problems of cashmere this season, superfine Merino is comfortably filling the void - and will hopefully convert a few of the aspirational consumers across to Merino.

The big failure this year has been the worsted fabric sector.

But all is not lost.

Decidedly less obvious fashion trends in the worsted sector, compared to the colour-based woollen industry, will allow most of the fabric lying in the pipeline to still be used in coming years.

A grey pinstripe suit can always look fresh and new and as soon as the world's office workers have their vaccination certificates they will want to look good when they stroll back into the office.

Not all will go back to daily office work, but a big proportion currently working from home, or simply locked-down, will be itching to get back out there.

In the meantime, the importance of the Chinese consumer to the wool market continues to grow.

Not from any government orchestrated plan, but purely from a calculation of numbers and the ring fence of COVID-19.

In recent years, Chinese consumers purchased a big volume of goods, particularly in the luxury sector, while they traveled across the world.

This was driven, in part, by the major luxury brands charging more for the same garment in their Shanghai or Beijing stores as the Chinese market exploded - because they could.

When the canny Chinese consumers cottoned-on to this, they began to save their purchasing until they were abroad - and those same luxury brands saw a boom in sales from Chinese tourists in Moscow, Milan and Paris.

Now that Chinese tourists are grounded - like the rest of us - they are shopping within China and so boosting the statistics for apparel sales right across the spectrum, but definitely for woollen clothing.

These figures were from 2019. So, with the quick recovery from COVID-19 in China - but the lag in recovery across the US and EU - one can only presume that the gap would have widened further.

How the wool industry, and in particular the Australian Merino sector, promotes its product to this massively important consumer market will be key to the fortunes of the Australian woolgrower in years to come.

The wool industry is fairly traditionalist, and loves to maintain ties to its historical roots.

But new consumers often react to a different message, compared to the old traditional markets.

Some of the new marketing campaign material may seem a little 'out there' to the average Australian woolgrower.

But much of it, such as the recent Australian Wool Innovation collaboration video for the Chinese market, is exactly what these cashed-up, environmentally conscious, upwardly mobile millennials are looking for.

The sheer size and potential of the 'yuppie' market across China is staggering when we look at the population.

And, to roll out an old adage with a modern twist, if we sold one Merino workout top to each Chinese yuppie, we would have a shortage of wool.

With this recovering market - and others hopefully soon to follow - we may just scrape through the rest of 2020 with the market intact.

Certainly, if we can bubble along - plus or minus 30c/kg - until Christmas, everyone will be satisfied.

Getting confidence to flow back down the pipeline from satisfied retailers through to garment manufacturers and wool processors in time for the January restart is the challenge.

The story The wool market stabilised last week but new orders are needed first appeared on The Land.