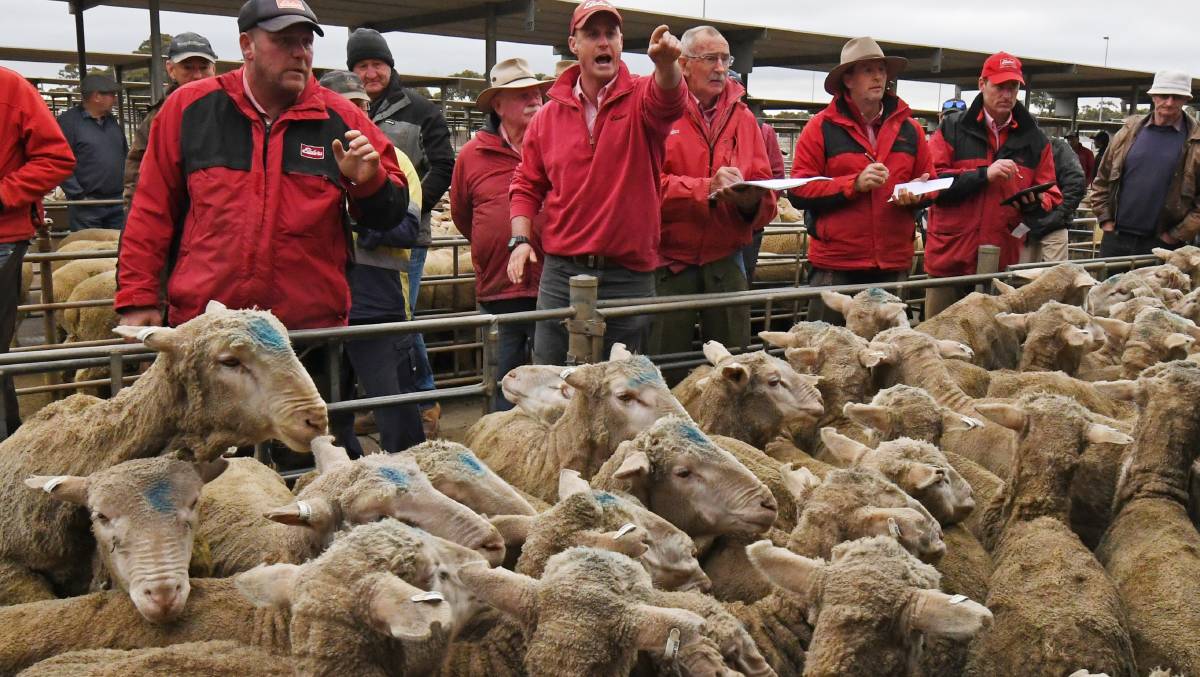 The retention of productive breeding stock has contributed to fewer sheep moving through the yards.

Abundance of feed in the east has seen fewer sheep numbers move through the processing chain.

And according to the latest Australian Bureau of Statistics data, national lamb slaughter is also tracking lower albeit a stronger September quarter than June.

Meat and Livestock Australia market information manager, Stephen Bignell, said the lower slaughter rates are off the back of the greater incentive to retain ewe lambs driven both improved conditions and outlook.

"While the retention of productive breeding stock has contributed to fewer sheep moving through the yards, it has been the smaller pool of available sheep this year after two years of excessive turn-off that has pressured inventory numbers and pushed down slaughter," Mr Bignell said.

For the year-to-September, total lamb slaughter has totalled 14.5 million head, in line with MLA's September Sheep Projections, and with the December quarter still to go.

"Interestingly, sheep and lamb slaughter numbers went up in the September quarter from the June quarter, but only slightly. This would have been off the back of the annual spring flush," Mr Bignell said.

"But the numbers are still down on last year. Sheep slaughter numbers were 1.143 million for the September quarter, down 44pc on the same quarter the previous year.

"And for the year to September, sheep slaughter has pushed down 31pc on the same time last year and sits 21pc below the five-year average for the same period."

But despite a slight decline in total lamb slaughter, the latest ABS data for national lamb production for the September quarter saw a 6pc increase on the same quarter last year and a modest 2pc lift, or 4.6 million head, on this year's June quarter.

"Lamb slaughter, only being down 2pc on last year, is because of a larger flock, even if people are holding on to ewes, they would still be flushing the wethers through," Mr Bignell said.

"We have had reports of increased lamb survival and higher marking rates this year, which all points towards a larger spring crop."

When compared to lamb slaughter for the same period in 2016, which was also marked by improved conditions in many sheep producing regions, total lamb slaughter for 2020 has tracked down 16pc, which highlights the ongoing flock recovery phase.

But according to Mr Bignell, the rebuild it is a tale of two regions - between east and west.

"WA's season has not been ideal, they are in fact de-stocking," he said.

"They have had to make decisions on feed and water, and whether or not they can take animals across from summer to autumn.

"It is not a national rebuild, per se. It is an east coast rebuild, and WA de-stocking."

Mr Bignell said from their projections, the rebuild this time round will be slower in terms of numbers than it was in 2010 simply because the industry is rebuilding from a lower base.

Coinciding with a sharp decline in slaughter, mutton production has also come off the boil, contracting 40pc to 30,900 tonnes carcase weight (cwt) over the September quarter.