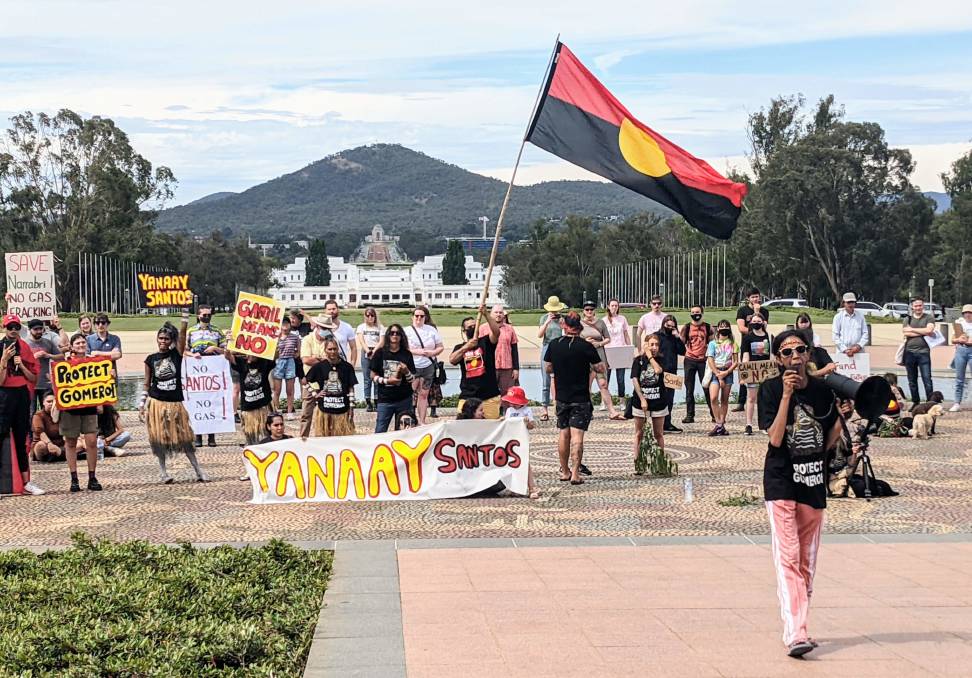 Protesters took aim at Environmental Minister Sussan Ley, who signed off on the federal government's environmental approval of the gas project last week.

Gomeroi Traditional Owner and event organiser Polly Cutmore, travelled from Moree to the lawns of Parliament House in Canberra to have her message heard.

"We are calling on all our mob, and anyone who loves and respects Gomeroi country to let these politicians know they don't make decisions for us," Ms Cutmore said.

"Sussan Ley has not taken notice of the majority of people who live on Gomeroi Country and oppose this gasfield. She has ignored us, the scientists, the farmers, so many people, and we've had enough.

"She should meet with us and tell us directly why she has ignored 23,000 submissions opposing this gas field, and why she is relying on Santos' word."

Ms Ley said she was satisfied the conditions and the staged nature of work in the area would safeguard the biodiversity of the Pilliga Forest.

"My approval has also been informed by advice from the Commonwealth Independent Expert Scientific Committee on Coal Seam Gas and Large Coal Mining Development to ensure the ongoing protection of precious water resources," Ms Ley said.

However, Gomeroi Traditional Owner Gwenda Stanley said Ms Ley had never discussed nor heard any of the First Nation's concerns.

"We're going to fight this gas field because it threatens to poison our people, our country - yanaay Santos," Ms Stanley said.