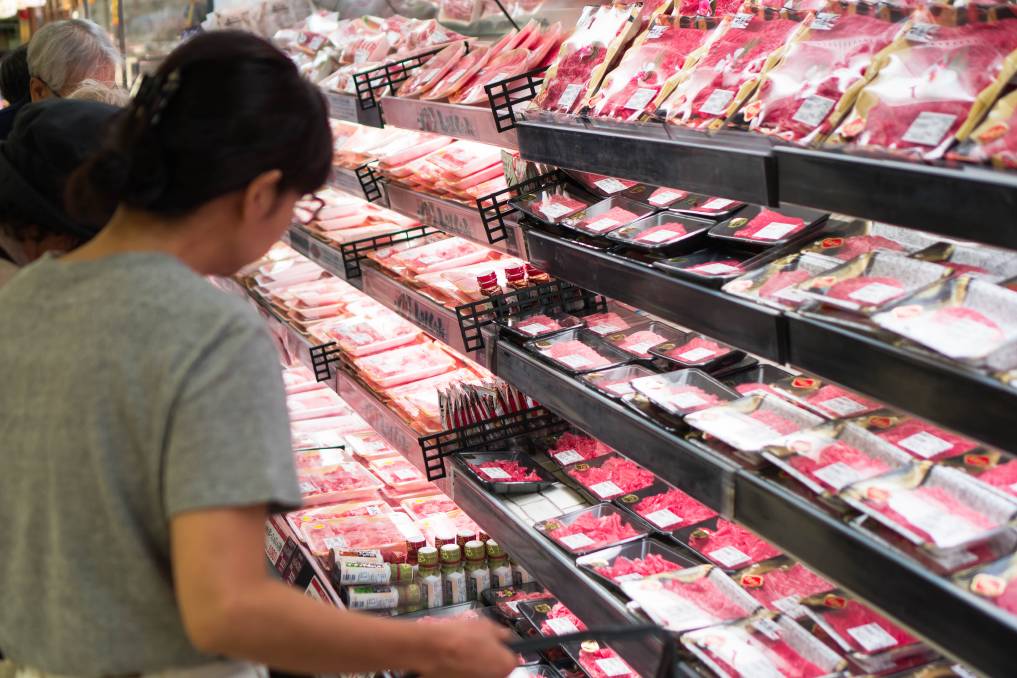 POSITIVE: Our beef exports to Japan rose by 3000 tonnes in November, taking volume for the month to 25,422t, second highest for this calendar year to date

Ken Wilcock notes there was an increase in beef exports to Japan last month.

LAST week in this column's regular monthly check on beef exports, it was pleasing to note that our exporters had despatched an additional 3000 tonnes to Japan in November taking volume for the month to 25,422t, second highest for this calendar year to date.

Previous highest was 26,751t in March, part of a very positive start to the year which by April on a cumulative basis had volume 5 per cent ahead of previous year.

By mid-year, however, lower slaughter numbers really started to bite so production, and by association export, began to fall.

Since May, volume each month has been lower than the corresponding period last year to the point that by October, the cumulative figure was 8pc behind.

November has turned that around slightly and by year-end the deficit might be trimmed back to about 6pc.

Not a lot there to cheer about so far until we look at how our major competitor in Japan, the United States, has performed over the same period.

In the early part of the year the US was doing some big volumes into Japan to the point that April year-to-date they were up 16pc on the previous year.

That was the month that their works were hit hard by COVID-19 outbreaks and absenteeism and production plummeted. May and June reflected that with big reductions in export volumes.

By June their works were almost back to normal and production had soared because of higher carcase weights due to backlog of fed cattle.

US processors had plenty of cheap beef and were in a position to really make up some ground in Japan at Australia's expense but it did not happen.

Their July and August results remained behind their previous year figures and it was September before they squared month-on-month with 2019.

Then, while their October result climbed ahead of 2019, it was actually lower than September 2020.

The net result on a cumulative basis is the US has gone from being 16pc ahead of 2019 in April to 2pc behind in October.

Comparatively while they haven't dropped as far as Australia, they have fallen from a much greater height.

In USMEF's commentary on the latest US export figures, Japan was relegated to second paragraph behind the record-breaking performance of US beef exports into China.

In part it said, "October beef exports to China climbed to a record 6831mt valued at $48.1 million, easily exceeding previous record levels reached in recent months. Through October, exports to China were up 219pc in volume (24,709mt) and 187pc in value ($177.7 million) from a year ago, but have been especially strong since China's foodservice sector rebounded from COVID-19 related restrictions imposed earlier in the year."

What that tells us is the October tonnage to China was worth $7038/t while the product to Japan averaged $6287/t.

It may therefore be that China is buying a bit of US product away from Japan under their 'Phase 1' trade deal with the US.

Having a bit less competition in major premium market Japan when a number of our works currently don't have access into China (or might not have tomorrow) may not be such a bad thing for Australia in present circumstances.

As well there are some essential differences between the US and Australia as explained by Japan-based JBS manager for imports of Australian beef and lamb Matt Schwarz in a recent podcast.

In regard to competition in the Japanese market, he does not see the US as a particularly grave threat.

He explained the US is primarily focused on its own domestic market and exports only about 20pc of production.

They can offer big volumes of individual cuts at a price on a day but Australia can offer a wide range of different products every week year round due to much higher orientation of its industry toward export.

Their export business is focused on relatively few product types such as short plate, chuck roll and tongue and the way they price meat in the US is highly seasonal.

As Matt summed it up, we can do things they can't and at times they can cause a bit of trouble but Australia's position in Japan is strong and well regarded.

Nice to have something to be positive about at Christmas.

TOWARD the end of last year 4-tooth ox had been showing 600c/kg on price grids in southern Queensland and heavy cow 500-520c but a late rush pulled that back and the year ended at 580/480c.

When the works reopened in January this year there were plenty of cattle to start on as bookings had been coming in since early December. Consequently the year opened with a 20c drop to 560/460c.

This year by comparison the late rush has been minuscule but nevertheless some cattle are already on the books for January.

With grids reaching 680/615 it has been an exceptional year.

But there nearly always seems to be a spoiler and for those who are inclined to worry about the latest trade disruptions and what lies in store for Australia's meat industry, think of astronaut John Glenn as he sat strapped in his rocket about to blast into space.

The thought that kept crossing his mind was that every part of this rocket was supplied by the lowest bidder. Things seemed to work out ok there.