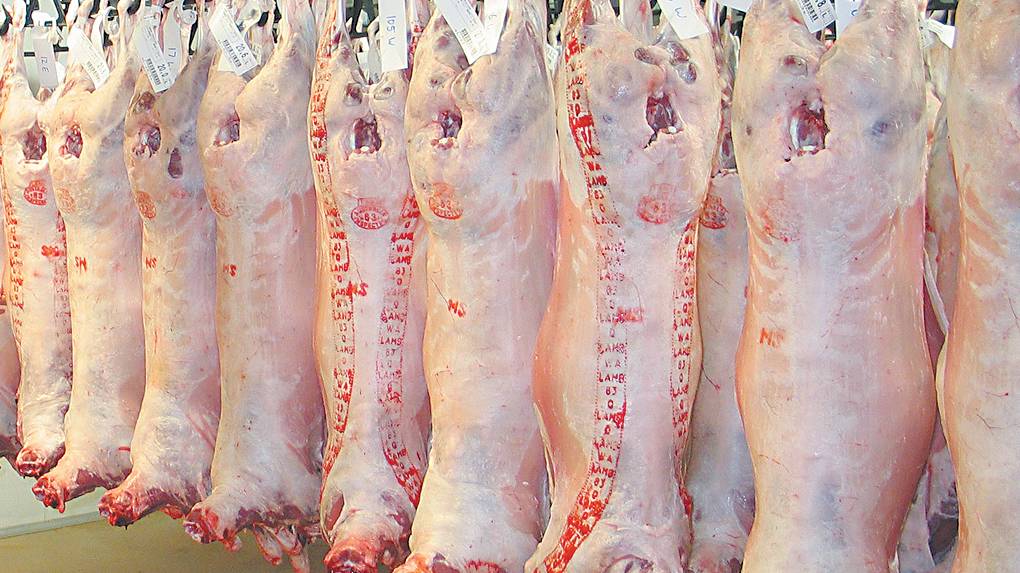 China's latest concerns that the virus may be returning to the country via frozen meat imports may be more fact than fiction.

Two of Australia's largest lamb processors who self-suspended exports to China due to Covid-19 outbreaks are yet to gain re-approval to ship their products back into the country, fuelling speculation the tensions between Australia and China are to blame.

The Australian Lamb Company and JBS Brooklyn were closed for short periods due to COVID-19 outbreaks during the height of Melbourne's second wave in August.

But their applications for re-approval have not yet been met by Chinese officials.

Meat and Livestock Australia Manager of Global Trade Development, Tim Ryan, told Australian Community Media it's true the two plants haven't been approved as yet, but it is speculative to assume it is due to politics.

"They are going through a process like everyone else in the world," Mr Ryan said.

"The two plants that self-suspended, are going through the same process as the North and South Americans, and the Europeans. Some plants have got back on, but not everyone has.

"We are not necessarily being discriminated against when it comes to sheepmeat."

Mr Ryan said the Australian government has reached out to China in hope to get them re-approved to supply the market.

However, China's latest concerns that the virus may be returning to the country via frozen meat imports may be more fact than fiction.

Thomas Elder Markets analyst Matt Dalgleish said the theory behind China having concerns around Covid on a product is more likely rationale than any targeted hit on Australian sheepmeat exports.

"In the pork sector, when the ASF hit Germany in the wild boar population China was quick to focus on German pork imports," Mr Dalgleish said.

"And they need German pork imports so I wouldn't doubt they have a concern about Covid imported on the product.

"I think that is more about what it could be rather than trying to damage the Australian sheepmeat sector."

Mr Ryan said China is testing across the board when it comes to imported frozen food products.

"Regardless of where the positive tests are coming from, China is testing widely," he said.

"It is creating a logistical challenge getting meat through Chinese ports and cold chains, and that's affecting product from all countries. It's it's also resulting in plants in some countries being suspended when a positive case if found.

"As for the two plants that were self-suspended in Australia, the risk of that repeating itself is quite remote because we have got on top of Covid 19."

China is the Australian sheepmeat industry's biggest market, worth $1.24 billion in 2019-20.

But the sheepmeat export market is highly diversified, and unlike our wool industry, has the capacity to be absorbed by a number of other export markets.

"There has been very little indication from China that they want to put pressure on sheepmeat as a sector," Mr Ryan said.

"Looking at trade flows, China is as reliant on us as we are on them for sheepmeat.

"Sheepmeat is still a niche and is not really receiving the attention from China that beef or pork has."

Mr Ryan said although China is a profitable market for Australia, it sits within a pretty well-diversified footprint.

"For certain cuts, China is very important and adds a lot of value to our overall exports, but in terms of overall money coming in at a national level it sits in a diversified mix of many markets," he said.

"But although the export footprint is diversified, that's not necessarily the case on cuts that we send to China.

"For certain products such as breast and flap and items like neck bones, we do really rely on the China market and the premiums it pays for those products.

"If something happened we would have trouble keeping premiums on certain secondary cuts.

"And when you look at the alternative markets for those specific products, they can't pay the premiums China does."

So far this year, China has remained Australia's biggest market even since the two plants were out of action.

Mr Dalgleish said Australia is in a relatively stable position.

"We have a comparative advantage in the sheepmeat sector when we look at the volumes China are taking, particularly of mutton," he said.

"If you look at the export markets there isn't really another significant competitor other than NZ.

"I would be surprised if China outright targeted sheepmeat,I just can't see it happening.

"They are not going to do something that would damage their own requirements there."