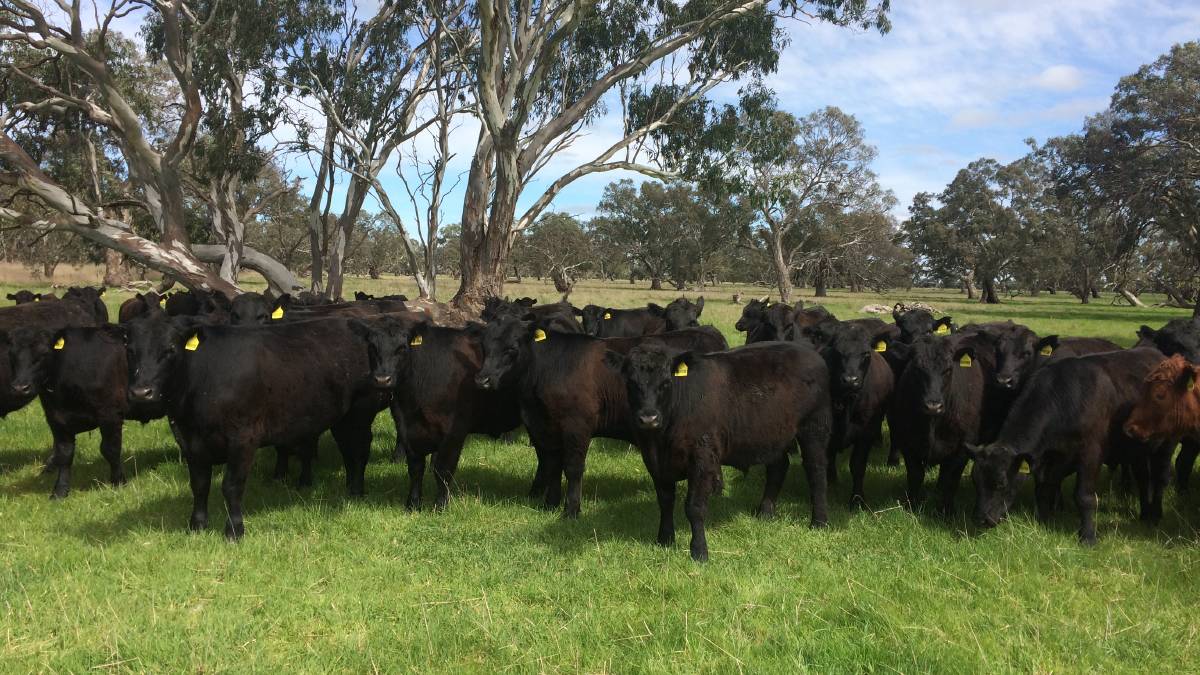 MIXING IT UP: Angus cattle are rotationally grazed on small paddock areas of about 30 hectares across the South Australian farms run by Nick and Miranda Radford, of Radford Pastoral.

The Penola grazier, who farms with wife Miranda, is continuing to build the Radford Pastoral business that was started by his late father Gary.

Initially working in mining, and then buying several stations around Broken Hill and starting an earthmoving and livestock transport business, the family bought the 2000-hectare Penola property, near Naracoorte, in 2008 to finish cattle.

Mr Radford took the reins of this farm after a stint as a livestock truck driver, and then proceeded to get more involved in the family's wider farming interests across the south eastern region.

He worked with his father to oversee the destocking and sale of the stations - after a prolonged drought - and purchase of two more broadacre properties covering 1090ha at Lucindale and 600ha at Waterfield.

With the acquisition of each property has come significant investments in infrastructure and pasture improvements to set up small paddock areas of about 30ha for rotational grazing of commercial Angus cattle.

These are destined for grass-fed markets, finishers and lotfeeders.

The Radfords run 2000-head of purebred Angus breeding cows and are aiming for a 25 per cent increase in numbers in the next few years.

"We are in a growth phase, driven by purchasing properties and increasing stocking rates, and have been self-replacing and holding all of our heifers for the past 11 years," Mr Radford said.

"We are focused on saving labour and improving employee and animal health, safety and efficiency by installing cattle grids, laneways, water pumps and fencing (where needed) on all of our properties.

"This is also improving access for transport and promoting ease of stock movement within the properties." 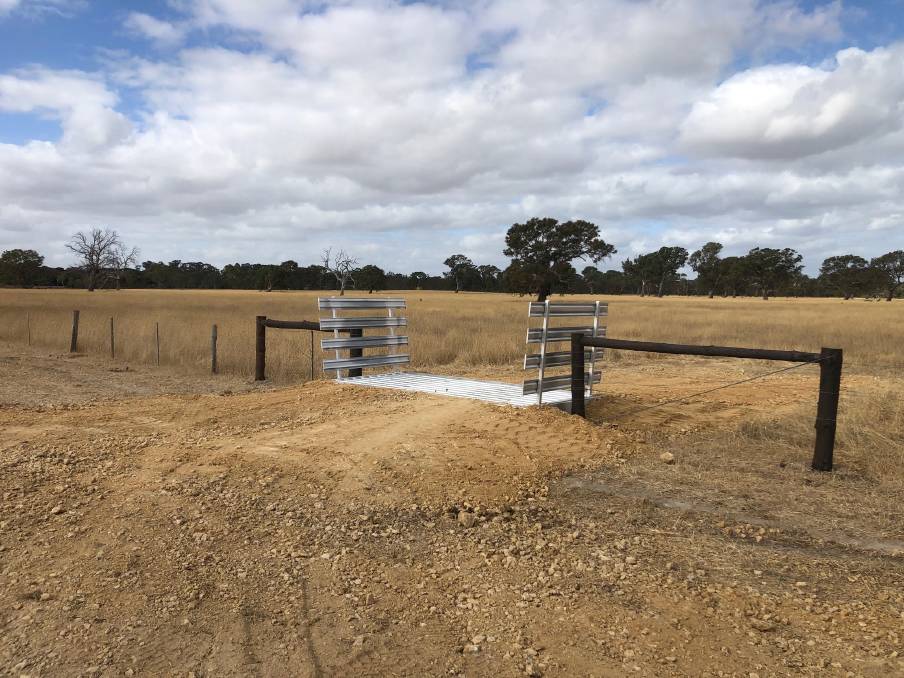 EASIER ACCESS: The Radfords have been investing in key infrastructure, including cattle grids, to improve access to smaller paddock plots for their Angus cattle

The Radford's grazing system centres on lifting the productivity of the feed base, starting with planting dryland areas to ryegrass and irrigated areas to a mix of chicory, ryegrass, clover and lucerne.

Paddock feed availability is closely monitored and stock are rotated to match the specific needs of various mobs at each phase of the reproduction and growth cycle across 12 months of the year.

Through this, he said he developed a good understanding about the relationships between plant requirements, leaf emergence rates and pasture growth and quality.

"It taught me how to measure and predict pasture growth during each season and allocate this to animals on a dry matter basis, based on their requirements for maintenance, growth, pregnancy or lactation.

"It really laid the foundations for us to start using detailed animal feed budgeting and planning and base business decisions on our target beef growth rates, marginal costs and revenue.

"Since starting Pasture Principles, we have increased the quality and quantity of pastures grown, boosted stocking rates by at least 10 per cent and increased our profits." 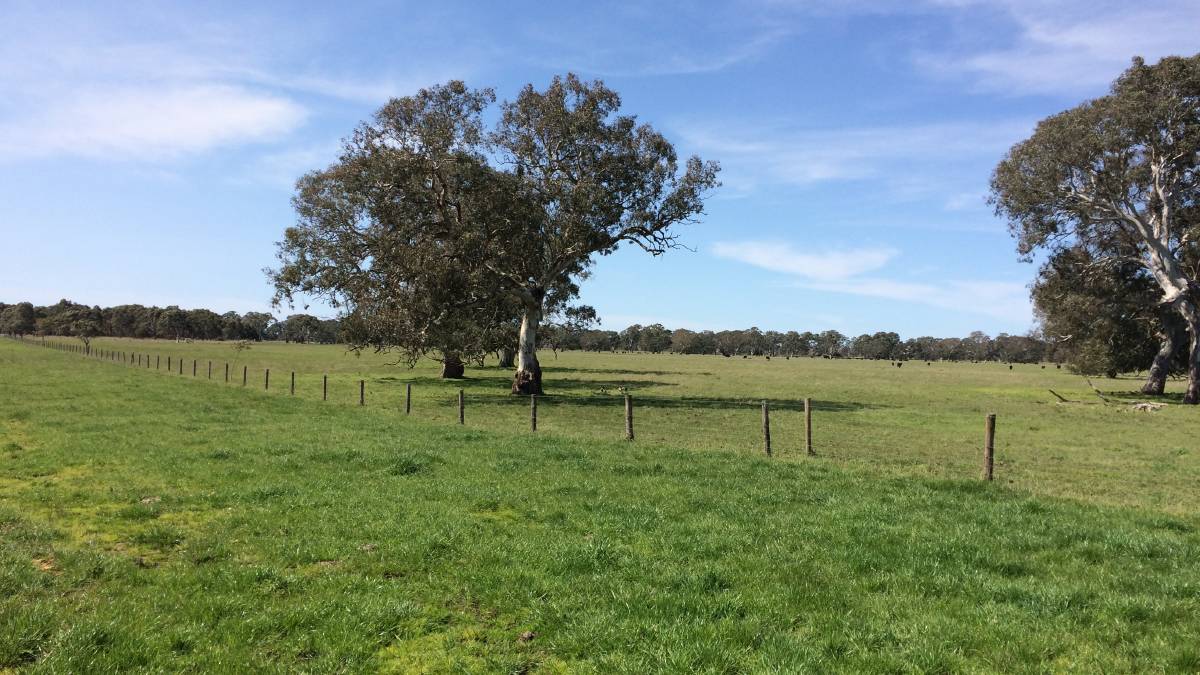 INTENSE SYSTEM: Cattle are run in small areas when pasture feed gets to about 2500kg dry matter/ha and are shifted when they have eaten it down to 1500kg DM/ha.

Each animal class has a different weight range target, depending on whether they are pregnant or lactating cows, or growing steers.

For example, the target growth rates for steers in spring is about two kilograms per head per day on native grasses.

The Pasture Principles project recommends stock are put on to pastures with 2500kg dry matter/ha and left in that plot until they have eaten it down to 1500kg DM/ha. This can typically take three to five days, depending on the time of the year, seasonal conditions and rainfall.

Last year's excellent season meant steers were achieving growth rates of 3kg/head/day by grazing this amount of feed across a six-week rotational period - much to Mr Radford's amazement.

"That was a record for us, and I had to keep photographing the scales to believe it," he said.

Mr Radford uses a pasture plate metre measurement tool to assess the amount of feed on offer in the 30ha plots (in dry matter per hectare) and then shifts stock between the plots to match pasture growth rates with target animal growth rates.

He said stock are split into mobs, some as big as 300-head, for rotating through the small plots set up on an area of about 300-400ha.

Animals tend to be shifted every three to 10 days - depending on time of year, pasture growth and weight targets.

"It is useful to have the pasture growth measuring plate, but it doesn't take long to get your 'eye in' and it becomes instinctive to know when to shift the stock," Mr Radford said.

He said extensive soil testing was carried out annually and pastures then fertilised to top-up any nutrient deficiencies.

"We want to be sure to put back in what the cattle take out and we have seen a significant improvement in the quality and growth of our pastures in recent years," he said.

The Radfords have established seven centre irrigation pivots, with three sown to chicory, ryegrass and clover, and four with lucerne.

These cover about 36ha each (one is 20ha) and are split into about eight smaller 'containment-type' areas for intensive pasture grazing.

The irrigated pasture is used in late spring and through the summer for finishing cattle on grass.

Some of the irrigated lucerne is cut and baled for hay in case it is needed the following year as a feed supplement.

Genetics are another key focus for the Radfords, who have been using bulls from Regan and Trevor Burow's Yerwal Estate Angus stud, based south west of Naracoorte, for many years.

Joining occurs in May so cows are calving in February on to dryland pastures, with supplementary hay as needed according to the season.

Steers and empty heifers are sold at 20-22 months at around 600kg liveweights (steers), but the aim is to hold and join all heifers as herd numbers are built-up.

Mr Radford said when selecting their Angus bulls, the family was seeking the good 'all rounders' that Yerwal was renowned for breeding.

"We specifically look for Estimated Breeding Values (EBV) for lower birthweight," he said.

"But the bulls also need to be proven performers in all the other profit-driving traits, because we want them to service heifers as well as the rest of the breeding cows across their lifetime.

"This means we also pay attention to EBVs for all the growth indicators, eye muscle area and scrotal circumference.

"At the end of the day, the bulls need to be structurally sound and good performers from day one." SHAKING IT UP: Successful rotational grazing in smaller paddocks has been made possible with spending on improved fencing, roads, gates and grids.

As part of his continued professional development, Mr Radford undertook an MLA Business EDGE course to help ensure he was using all assets to full potential.

"Much of what I've done to date has been by trial and error, but efficiency is the key to productivity and I think improving efficiency will help me grow the business further in future," he said.