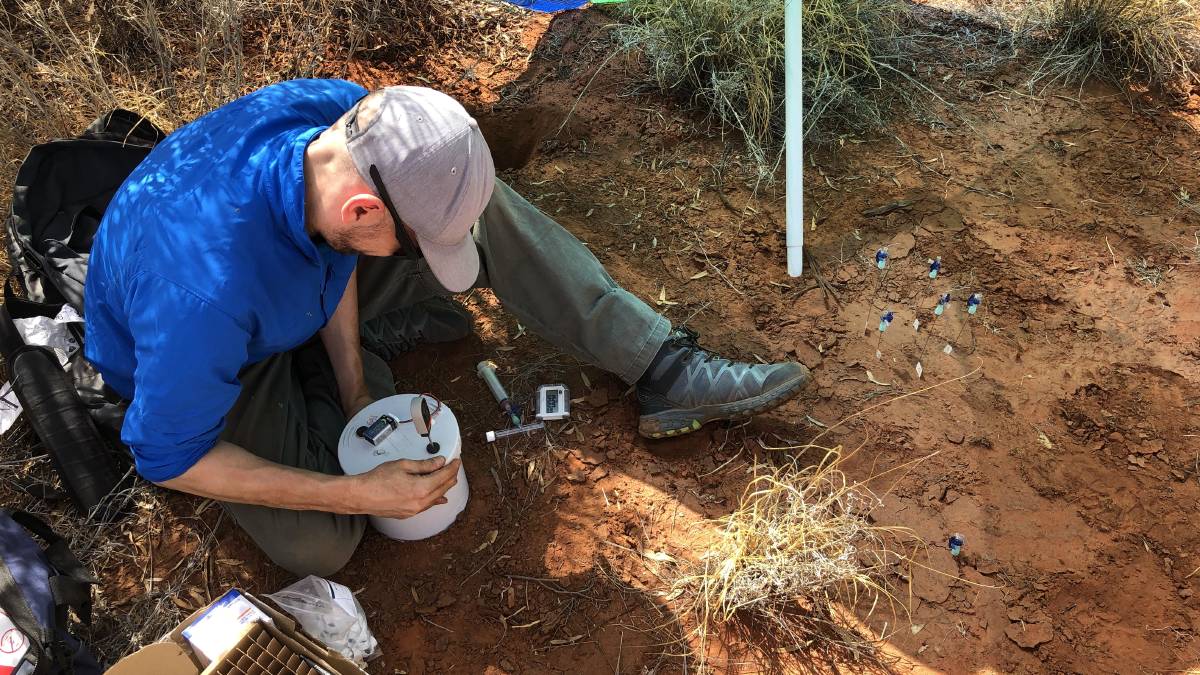 DIGGING UP THE DIRT: Monash University soil researchers have discovered soil bacteria play a key role in regulating the atmosphere.

A recent study by Monash University has revealed soil bacteria play a key role in breaking down methane.

Soil bacteria play a much greater role in regulating the atmosphere than previously thought.

A recent study led by Monash University has revealed diverse bacteria in soils can breakdown trace gases, such as the toxic pollutant carbon monoxide and the greenhouse gas methane.

The findings, published in Nature Microbiology, shift the view of how soil bacteria live.

It has traditionally been thought that most soil bacteria primarily live by consuming organic matter from decaying vegetation.

By contrast, these new findings show most of these bacteria can sustain themselves on inorganic energy sources such as carbon monoxide and atmospheric hydrogen.

Until now, it was thought that only a small proportion of bacteria can consume trace gases.

This study revealed that all the major bacterial groups in soils can break down carbon monoxide and hydrogen.

These bacteria can be thought of as 'breatharians' given, unlike ourselves, they can live solely on air.

"The observation that trace gases sustain most soil bacteria has broad implications for understanding how bacteria shape the composition of the air we breathe, and for protecting soil health in a changing world," study author Dr Eleonora Chiri said.

"Emissions of hydrogen, carbon monoxide, and methane are rapidly increasing through human activities.

"These bacteria are critical for keeping atmospheric levels of these gases in check."

These observations were paired with genomic profiling that revealed the identity and capabilities of the microbial community present.

Finally, detailed calculations showed that the amount of energy provided by these trace gases was sufficient to sustain the bacteria present.

Study author Dr Sean Bay said: "Our research has revealed extensive, unexpected connections between the atmosphere and the biosphere.

"Soil bacteria regulate the composition of the atmosphere, but in turn atmospheric gases provide a lifeline for soil bacteria.

"Both control each other, in turn enhancing the quality of the air and the health of the soils that we critically depend on."

The study was led by Dr Bay, Dr Chiri, and Associate Professor Chris Greening from the Biomedicine Discovery Institute at Monash University in close collaboration with researchers at the Queen Mary University of London, University of Melbourne, and Sun Yat-Sen University.