Ken Wilcock notes that the US is targeting Oceania for export of its beef products. 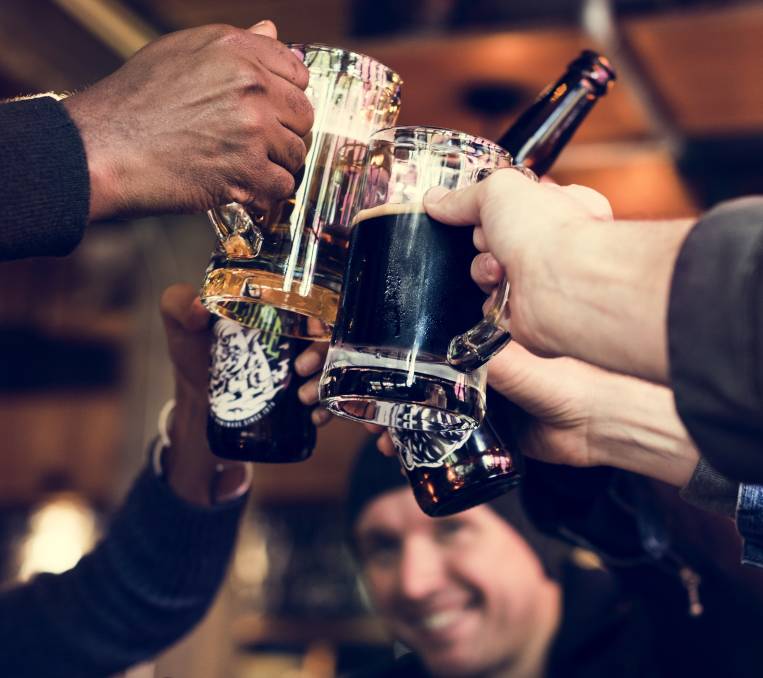 TARGET: US Meat Export Federation promoted US beef and pork at the Beervana craft beer festival in New Zealand in November. Picture: Shutterstock

LIKE Australia, New Zealand is a major exporter of beef to the United States.

It therefore came as something of a surprise to learn of a recent US Meat Export Federation (USMEF) initiative to promote US beef and pork at prominent craft beer festival Beervana held at New Zealand's capital of Wellington in late 2020.

This was more than New Zealand being a convenient place to do a bit of promotional flag waving because of its success in containment of COVID-19 when the rest of the world was in lockdown or had barriers of some form in place that made such activity impractical.

This initiative carried serious weight being funded by the USDA Market Access Program, the Beef Checkoff Program and the National Pork Board.

At ground level, USMEF's objective was to provide consumers in the Oceania region with information and tasting samples of barbecued US beef and pork that pair well with a variety of craft beers.

With consumers in the wider Oceania region specifically nominated by USMEF as the target of this promotion, one can only assume their ambition ultimately includes Australia.

As such, it invites speculation that the US may look to reactivating its interest in gaining access to the Australian market for its beef products.

Motivation for this may well be the likelihood of Australian beef prices remaining in an elevated state relative to the US until such time as the Australian herd rebuilds and supply of cattle reverts to more generous levels.

The US lost access to the Australian market when BSE was detected in that country in 2003.

At the behest of a number of countries that subsequently requested access to Australia's beef market once the BSE issue settled down, the Australian Department of Agriculture conducted a risk assessment and review process which concluded that imports of chilled and frozen product should be permitted under strict compliance with specified conditions that generally equated to equivalence with Australian production programs and standards.

From the department's page on foreign government certification arrangements under the Imported Food Control Act 1992, it appears Japan is the only country so far that was subject to BSE-induced lockout to have completed the application process and received formal approval.

It is understood the US has an application in the pipeline but has been content to keep negotiations on foot and progress the matter at its own pace.

Perhaps under the current market circumstances those negotiations may be about to step up.

Year-end surge in US beef exports

LATEST data released by US Department of Agriculture and compiled by USMEF show US beef exports for the month of November one of the best on record.

The 115,337 tonne overall result was up 6 per cent on the previous year with muscle cuts (as opposed to variety meats) the standout component at 91,338t, up 13pc and third largest monthly tonnage on record.

USMEF president and CEO Dan Halstrom attributed this result to outstanding demand for US beef in the global retail sector and expects this to continue into 2021.

In company with that trend he predicted foodservice would continue to face COVID related challenges through to at least mid-year when a broader recovery could be expected.

China is the big mover in this result with exponential growth albeit off a relatively low base.

This trend has been evident since the March implementation of the US-China Phase One Economic and Trade Agreement but has been especially so since the mid-summer rebound in China's foodservice sector.

The US is now the largest supplier of grain-fed beef to China with US grain-fed volumes surpassing Australia's monthly shipments since September.

Slightly better news from a competitive viewpoint was that US beef exports to leading market Japan were described as steady on both the previous month and previous year at 23,871t.

WORKS are progressively coming back since the break and the reality of trying to operate a processing business in the current market environment is relegating the joy of the festive season to a fading memory.

Beenleigh, which took only the gazetted holidays, is back up to two shifts.

Oakey was back early on January 4 and Dinmore kicked in on January 13.

Biloela starts January 27 but there is no start-up date for Lakes Creek at this stage.

Bakers Creek started on January 7 but is doing only two or three days at this stage and as always weather is a major factor in start-up for Stuart at Townsville.

There are few cattle in Queensland saleyards so far to provide market guidance but Wagga yarded over 3000 on Monday.

The notable comment was the extent of competition from northern buyers for domestic feeder descriptions and for cattle to go back into the paddock.

Indicator 90 CL Aust/NZ blended cow FOB US East Coast was quoted last week at US228c/lb, a premium of around 12c/lb on domestic lean.