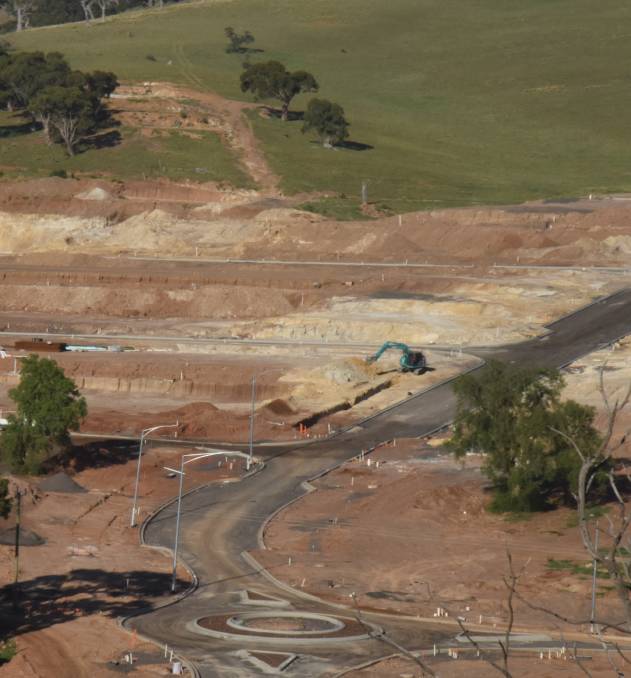 December sale statistics showed the combined regional dwelling market increased by 6.9 per cent in value over the past year, more than three times the rate of combined capital cities.

Real estate agents around the country have told Farmonline the only barrier in the rush from the city to the country is a lack of places to sell.

According to CoreLogic, the long term growth trends for many regional areas were even more impressive.

"The country is seen as a safe haven from coronavirus, that is driving everything," one agent said.

CoreLogic has detailed the rise of regional prices to demonstrate how the regions are outperforming the cities.

Ten year annualised growth rates in large, coastal dwelling markets are closer to the performance of capital city sub markets than the rest of regional Australia.

In NSW, 10 year annualised growth rates were five per cent across Illawarra, and 4.5 per cent across both the Newcastle Lake Macquarie region, and the Southern Highlands and Shoalhaven region. 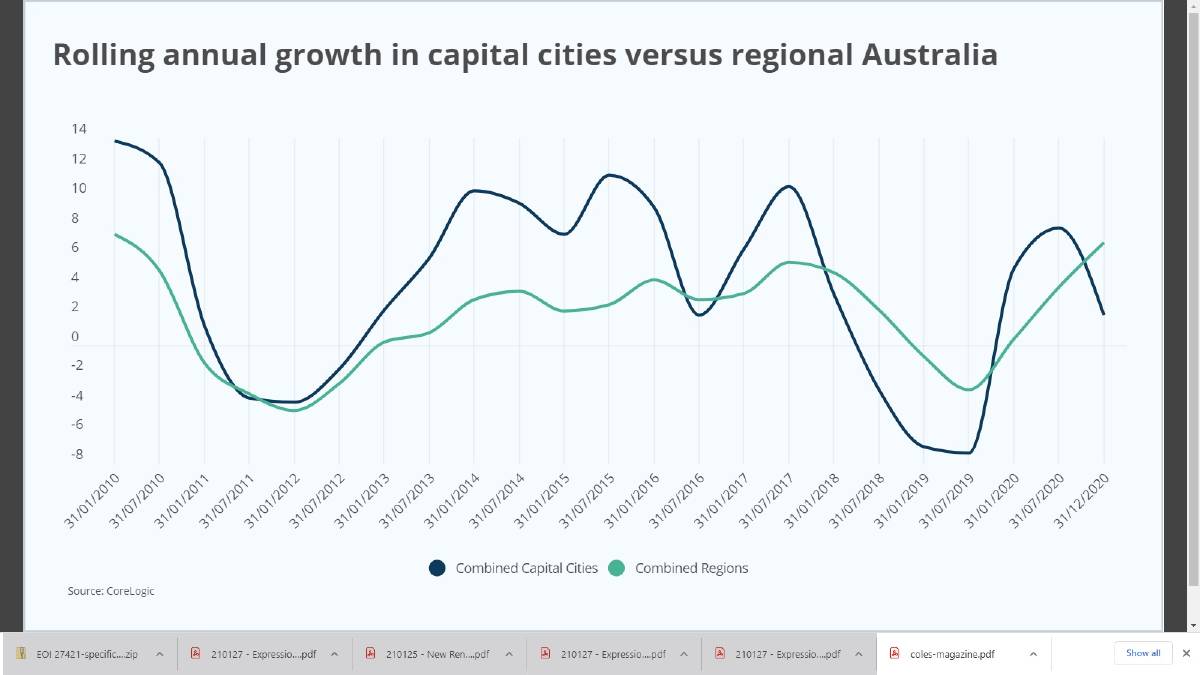 In Victoria, Geelong has had a long run annualised growth rate of 4.1 per cent, which is also closer to the average of the capital cities (3.7 per cent) than the rest of regional Victoria (2.7 per cent), according to CoreLogic.

"This may be because relatively strict restrictions were implemented across major capital cities, and remote work has been increasingly enforced as a way to combat the spread of COVID-19. But population growth is unlikely to be the only factor at play."

The Illawarra region attracted just 718 additional residents internally in the three years to June 2019, but has one of the highest annualised 10 year returns of regional Australian dwelling markets, she said.

One of the reasons for the longer term popularity of markets major coastal centres could be proximity to major cities.

The rise of cities within a 'commutable distance' to the capital cities have enabled a regional lifestyle with the benefit of maintaining access to the employment opportunity and amenity of the capitals.

This combination has attracted a greater price premium over time.

"With a positive outlook in place for housing assets in 2021, regional Australian dwelling markets may continue to rise in value. Looking back, these results suggest the best long term returns are not always found in the capital city dwelling markets," Ms Owen said.

Most property analysts predict the rise in regional property demand would only "come off the boil" when the pandemic emergency passed.