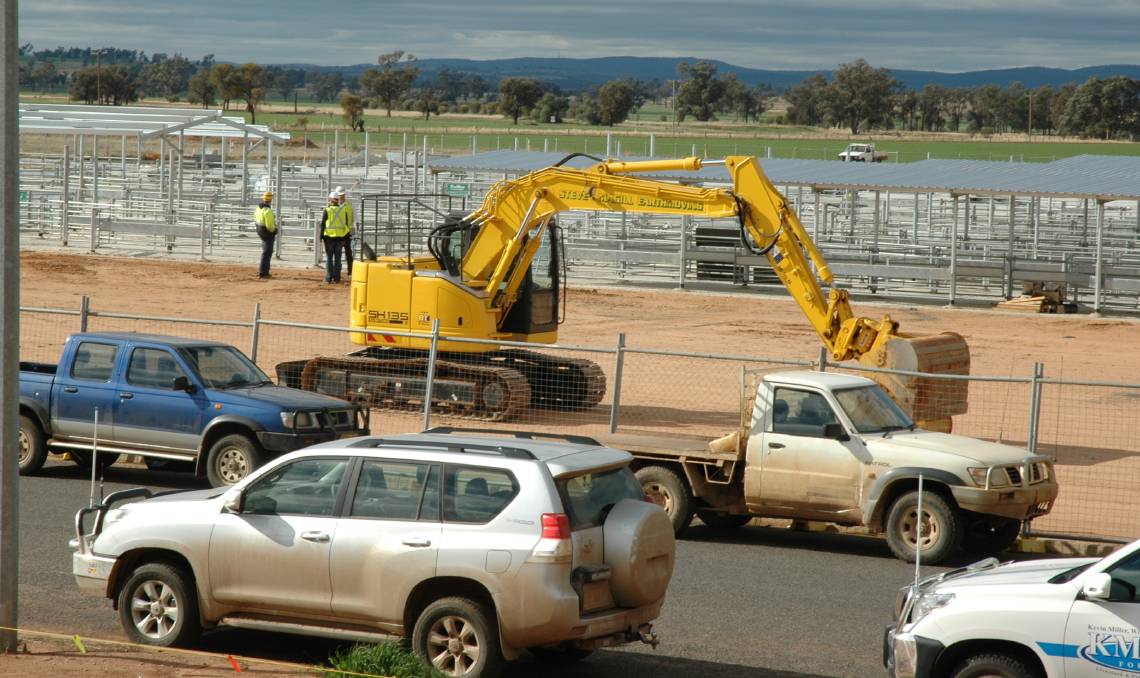 Of the identified 'High Priority Projects', not a single one is in a regional area - with only Sydney, Melbourne and Brisbane rating a mention.

"Unfortunately, if this is what the government means when it says it's committed to regional Australia then it smacks of rhetoric rather than real action," said NFF President Fiona Simson.

Ms Simson said the way projects were assessed and prioritised was clearly broken.

"There is something drastically wrong with this process when Western Sydney alone is identified for more than $7 billion of new high priority infrastructure projects and regional Australia is almost completely ignored.

"Regional Australia needs transformational infrastructure, just like the Western Sydney Airport development, to finally capture all the benefits and economic potential of our regional communities and economies."

"Projects such as the Federally-funded Parkes Bypass are highlighted by IA as a priority corridor which will deliver long-term benefits for the freight operators, farmers and manufacturers of the region," he said.

"Corridor-focused improvements mean reduced travel times and improved freight productivity as this Government continues to support priority projects like these, ensuring goods get to market and drivers get home sooner and safer."

He said the government had a 10-year, $110 billion infrastructure plan which was laying the foundations for economic recovery following the COVID-19 pandemic.

A sceptical Ms Simson was not happy about the way "bureaucratic processes", such as needlessly high discount rates for cost-benefit analysis set by Treasury, de-prioritised and demoted regional infrastructure as afterthoughts.

She said the farm sector was thankful to the federal government for funding projects, like the Inland Rail, despite it not appearing to be deemed a high priority.

"We are calling on state and federal treasuries to review the high discount rates used to assess infrastructure proposals that disadvantage investment proposals in projects with long-term horizons for benefits, this includes most regional projects," she said

The NFF also acknowledged Infrastructure Australia's efforts in identifying regional initiatives, however they need to be fully-costed and shovel-ready.

"It's insulting that our social and economic needs are somehow viewed to be worth less than the 2 million residents of Western Sydney," Ms Simson said.

The NFF-led Regionalisation Agenda launched this week and supported by leading voices of industry and business, highlighted a lack of transformative infrastructure as a key barrier to regional development.

It also pointed to the lack of establishment of a viable food and fibre manufacturing and processing industry in the regions.

"Australia is lacking processing facilities for produce such as wool, cotton and forestry products, despite being world leaders in growing the raw fibre," Ms Simson said.

"Regional Australia should be the host of a world leading export industry in food and fibre manufacturing and to achieve that we need equitable investment in transformative infrastructure.

"We welcome assurances from the Prime Minister and Deputy Prime Minister, that the Government is committed to the regionalisation of Australia.

"However, actions speak louder than words, and today, unfortunately, Infrastructure Australia's list is completely at odds with the Government's positive messaging.

"Our regions deserve a shovel-ready, high priority list for development investments to be drawn up otherwise the Government risks their commitment being seen as nothing more than a bumper sticker," Ms Simson said.