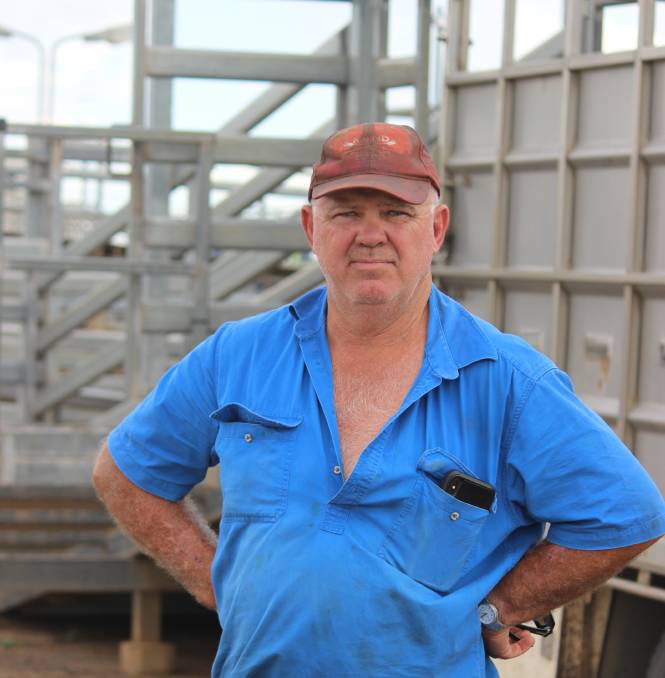 GET ON BOARD: Experienced livestock transporter David Scott is on a mission to improve safety in livestock loading facilities.

THE push is on to wipe out the unnecessary risk of crushing, slips and even death due to loading ramps and forcing yards that are not up to standard.

Transporters estimate three quarters of the country's loading facilities are below par and many need only minor, inexpensive improvements.

Sometimes it's just a $250 sliding gate than can save a life, they say.

A new national ramp standard has been developed based around control points to keep livestock and people separated and truckies want to see producers pay it serious attention.

It's not mandatory but there's little doubt that will be the next step if on-farm and saleyard improvements don't flow quickly.

Safer livestock handling facilities should be the first place the profits from a record cattle market are re-invested, transporters say.

Roma's David Scott, owner operator of Scott's Haulage has 30 years in the game and says accidents can still happen in the best setups in the world but all that is possible to prevent them should be done.

He knows too well the consequences of complacency.

Seven years ago he was pinned in the race by a cow that backed down the ramp.

His pelvis was broken in five places. Three and a half months in hospital and seven operations later, along with several years of having to leave the industry, and still he is not back to 100 per cent. He can't stand for more than five minutes at a time. 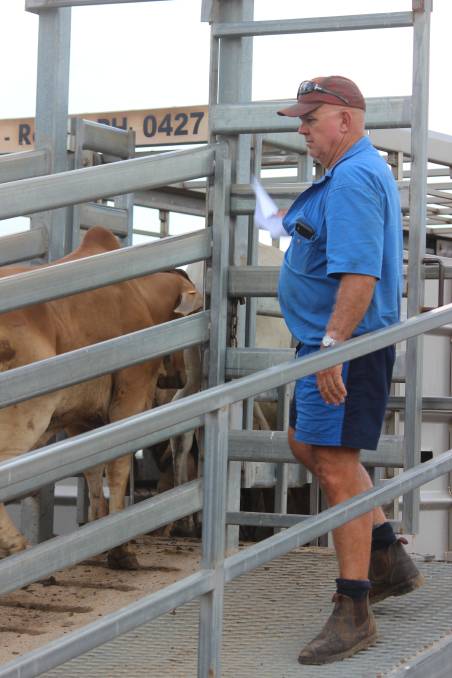 SIMPLE MEASURES, BIG IMPACT: David Scott, Scott's Haulage, Roma, says a slide gate, such as the one he is pictured using, would have saved him from serious injury. PHOTO: Penelope Arthur

A simple slide gate at the top of the ramp would have prevented all that.

"I had no way of controlling the cattle once they'd walked into the truck," he said.

"The dangers had been at the back of my mind but you never want to upset the customer by pressing the point. Too often, truckies just say it'll be right.

"But from the producer's point of view, if something goes wrong it is something they have to live with for the rest of their lives.

"The minute we drive off a property we have to comply with so many laws. We actually think this is one of the more important ones but we understand farmers don't want more regulation, so that's why we are pleading with them to get onboard."

A 2020 survey of Victorian livestock transport drivers and operators has found most fail to report injuries suffered as a result of using ramps and force pens.

Australian Livestock and Rural Transporters Association national animal welfare committee chair Mick Debenham said 63 per cent of respondents indicated that either themselves or their staff experienced injuries requiring medical treatment that had not been reported to Worksafe or another regulator.

Mr Debenham said by improving safety for workers, the welfare of livestock was also improved - the two go hand in hand.

The new standard was strongly supported by the livestock supply chain and based on the pre-existing Guide for Safe Design of Livestock Loading Ramps and Forcing Yards, he said.

Those who have followed the guide will generally meet the standard.

ALRTA national president Scott McDonald said until 30 June 2022, businesses can generally write off the full cost of depreciable assets in the first year of use or installation.

"I strongly encourage all ramp owners to undertake a safety risk, animal welfare and productivity assessment of their existing livestock ramps and take the opportunity to bring facilities into line with the national ramp standard while the investment incentives are in place. Farmers and depot managers purchasing new equipment should ask the manufacturer if the product meets the standard," he said.