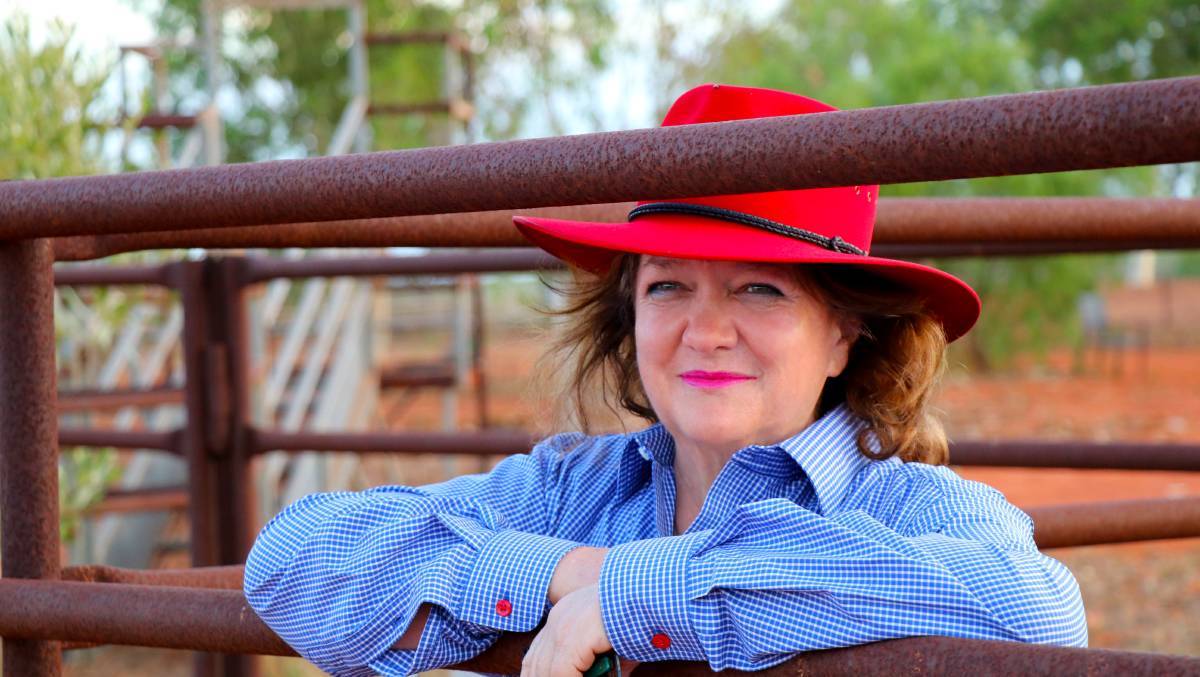 Mining magnate Gina Rinehart is consolidating her vast pastoral empire with the sale of a slew of cattle stations in northern Australia.

Australia's biggest property owner Gina Rinehart is selling almost two million hectares of her holdings in a breath-taking move to dispose of many of her stations across northern Australia.

Australia's biggest property owner Gina Rinehart is selling almost two million hectares of her holdings in a breath-taking move to dispose of many of her stations across northern Australia.

Seven big stations in Western Australia and the Northern Territory covering some 1.876 million hectares are on the market in what is believed the biggest single agricultural portfolio ever to be offered up in Australia.

Ms Rinehart became one of this country's biggest beef producers in 2016 when Hancock Prospecting acquired the S Kidman and Company cattle properties for $386.5 million in a joint venture with Chinese partner Shanghai CRED.

The station sell-off was flagged late last year but the number of stations to hit the market has still caught the industry by shock.

These stations are being sold walk-in walk-out with 108,500 of cattle.

Elders Ltd has been appointed by Hancock Agriculture and its S. Kidman and Co. joint venture partner in this giant land sale.

The portfolio for sale also includes export-orientated Phoenix Park, a strategically located feeding, depot and farming operation located near Katherine in the Territory which has the capacity to turn off up to 45,000 head of cattle per annum. 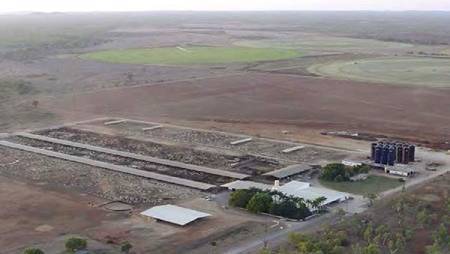 Phoenix Park, with a large feedlot aimed at finishing cattle for export, is located near Katherine in the NT.

The stations in the sale are:

Several of the stations neighbour each other and are all highly regarded beef production properties with rich histories in the Australian beef industry.

Aroona was bought by Ms Rinehart from John and Kate McLoughlin in 2017.

Its Katherine neighbour, Willeroo was bought from the Indonesian company Great Giant Livestock also in 2017.

Riveren and Inverway Stations, in the Victoria River District, were bought from JAPFA Santori, another Indonesian company, in 2016.

She bought into the Kimberley's Nerrima in 2014.

Ruby Plains, also in the Kimberley, is owned by S. Kidman & Co, a joint venture between Shanghai CRED, with Hancock Prospecting the majority owner. 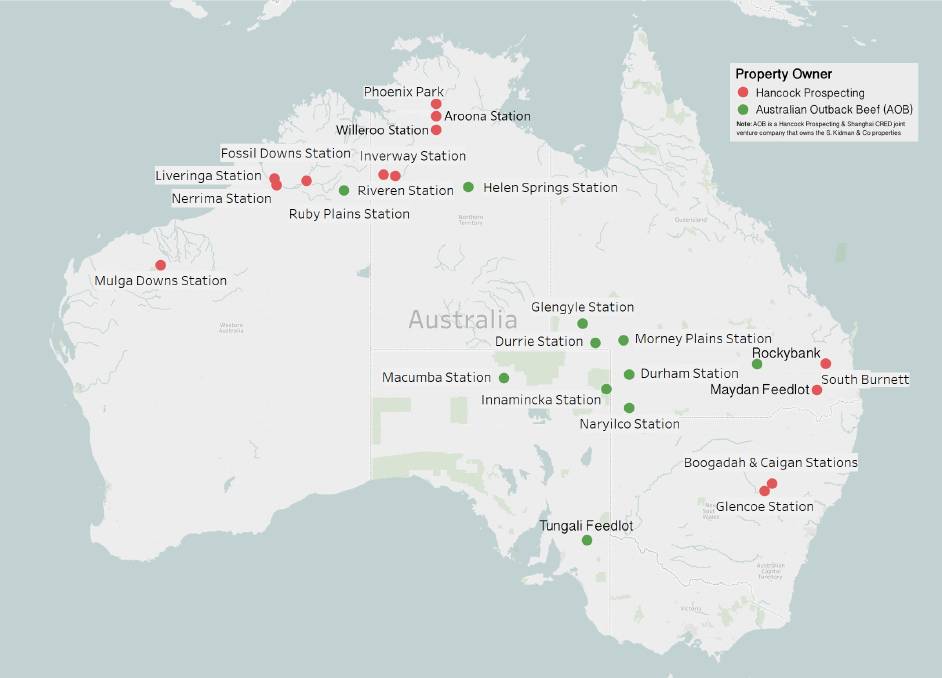 Gina Rinehart's pastoral empire in northern Australia is being consolidated. She bought up big in only a few years. Graphic: Hancock Prospecting.

Sturt Creek is the outstation of Ruby Plains.

Agents says Hancock Agriculture has spent big on improving the properties after the were bought.

The vast cattle herds have been improved with the lowering of the age profile of the breeder herd.

"With this development process now significantly advanced or completed, Hancock Agriculture is now looking to complete its investment cycle and focus on other areas of growth in its agricultural operations," Elders' general manager real estate Tom Russo said.

"This represents a rare opportunity to acquire a strategically constructed portfolio of assets at scale during a period of unprecedented growth in demand for quality Australian protein."

Pastoral conditions on the properties have rarely been better with a decent wet season this year, especially in the Top End. 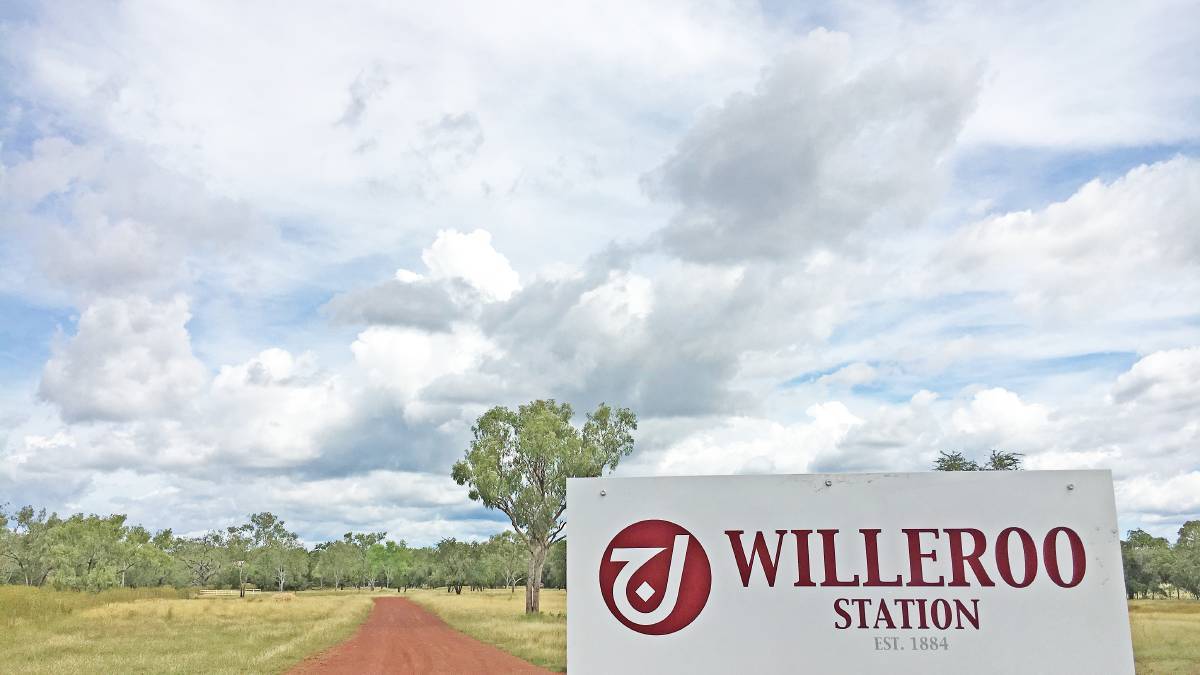 Gina Rinehart bought Willeroo near Katherine in 2017, it was once owned by the Sultan of Brunei.

"The return of a normalised wet season has been a significant confidence boost for the industry," Elders NT and Northern Queensland area manager, Paul McCormick said.

"This, coupled with better than average rain fall in northern Queensland, continues to drive unprecedent livestock demand and an increasingly favorable outlook for producers".

The stations will be sold through a staged expression of interest process starting in the next few weeks.

Parties will be invited to submit offers for all or part of the portfolio.

"Given the strategic advantages and operational efficiencies that can be achieved by operating the portfolio as an integrated beef production enterprise, we anticipate receiving offers for a whole of portfolio sale from both domestic and international investors", said Elders' head of agribusiness investment services, Mark Barber, said.

"Having said that, there will undoubtedly be strong interest from parties looking to acquire individual assets or larger components of the portfolio, particularly from existing operators seeking to expand their holdings or achieve geographic diversification."

Hancock Agriculture intends to retain and grow its remaining operations in Queensland, South Australia, NSW and the NT.

Hancock Agriculture will continue to be one of the largest beef producers and agricultural companies in Australia.