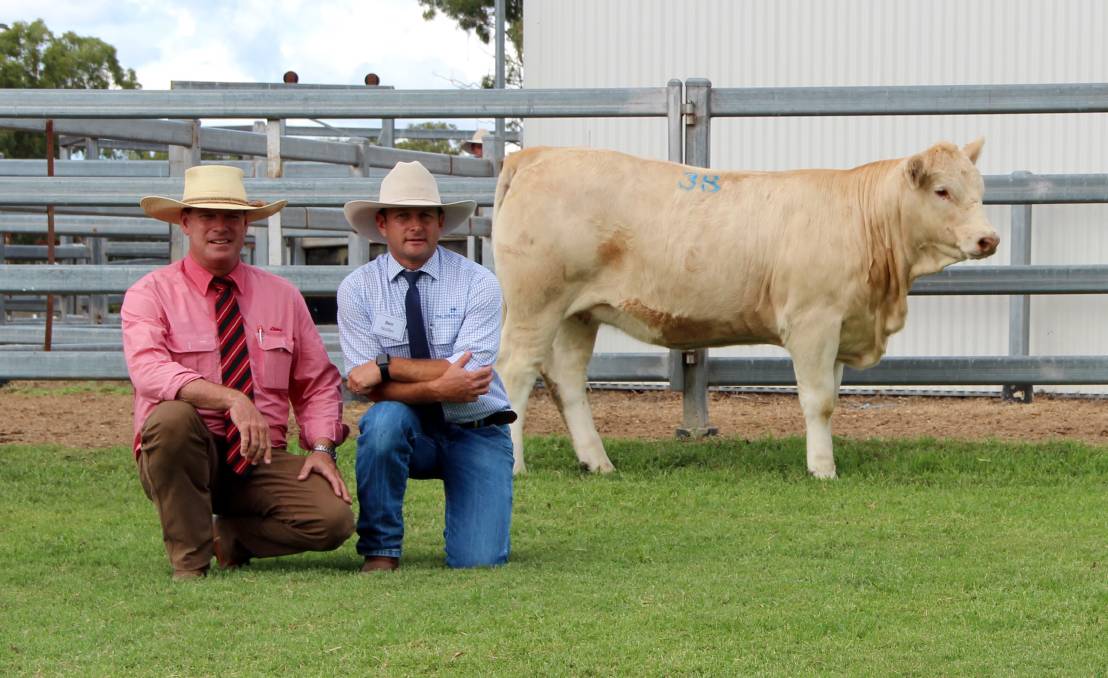 The sale marked the second time in a decade Palgrove has offered female genetics.

Targeted purchases with "flair" were the order of the day at Palgrove's Window of Opportunity female sale on Friday.

The sale marked the second time in a decade Palgrove has offered female genetics and buyers seized the opportunity, tuning in from across Australia via AuctionsPlus, to bid.

Palgrove's Ben Noller said the decision to sell in such a fashion lined up with Australia's national herd rebuild.

"It timed up with the market and people rebuilding their herds, so we offered the opportunity for people to come in on the ground floor and see some of our breeding genetics and invest in their rebuild," Mr Noller said.

The red factor heifer's indexes all scored in the top 20 to 30 per cent for the Charolais breed, including an impressive milk score of 15, positioning her in the top 5pc, an intramuscular fat score of 0.4pc, and eye muscle area of 2.5 square centimetres.

Ann-Marie Collins said they had a targeted plan in mind when they visited Palgrove ahead of sale day.

"We went looking for EMA in some of the females. It is a trait not that strong in our females and we wanted to match what our bulls do to the females," she said.

"We've bought two lots of semen in from overseas this year and thought those cows would complement what we have." 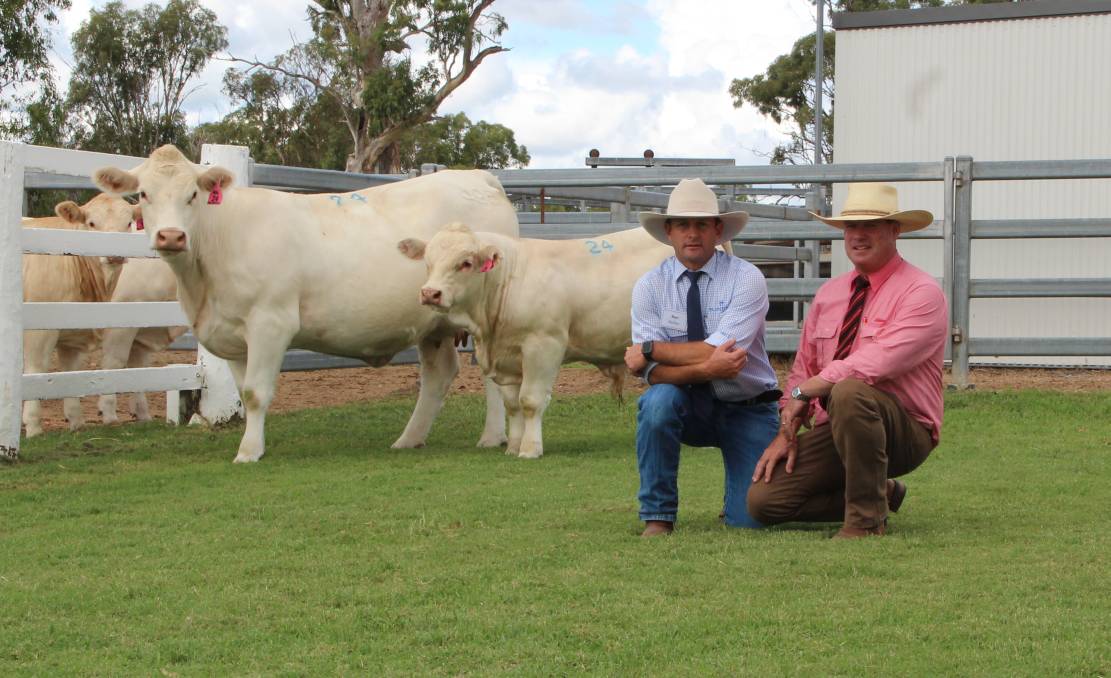 The top price cow and calf lot was Palgrove Nanette N469E (P). Nanette was sold PTIC in calf to Palgrove Maverick M456 and with bull calf Palgrove R758E (P) at foot. She is pictured with Palgrove's Ben Noller and Elders auctioneer Michael Smith.

The 2017-drop cow is the daughter of sire of influence, Silverstream Holster (P), and out of Palgrove Nanette G171E.

Nanette was sold pregnancy tested in calf to Palgrove Maverick M456 and with bull calf Palgrove R758E (P) at foot.

Tracey Mellross said they were very pleased with their purchase, describing her as a beautiful cow and the bull calf as stunning.

"We bought a bull from Palgrove's last bull sale and we think our purchase is going to go beautifully over our bull," she said.

"We feel Palgrove stud cattle are some of the best cattle we've ever seen."

Ms Mellross' mother bred Charolais prior to her death and they have decided to continue on with the Palgrove line she was developing.

"We decided to continue what she didn't get a chance to finish. She wanted to keep the line and I can see why; Palgrove have got a very good setup and some absolutely stunning cattle."

The medium-framed cow was sold with standout heifer calf Palgrove Flare R727E (P) at foot and was pregnancy tested in calf to Palgrove's 2020 top-priced sire, Palgrove Platinum (P) R/F, who sold for $48,000.

Topping the joined heifer section of the catalogue was Palgrove Clara P1585E (P) who sold for $16,000 to Jason and Sue Salier, Minnie-Vale Charolais, Narrabri, NSW.

The 2018-drop heifer's data was described as "curve bending", with a birth weight score of 0.4 and ranking in the top 1pc for 200-day weaning. She was pregnancy tested in calf to LT Vista, due in July.

Palgrove also offered two opportunities to pick from the donor pen and receive a flush and joining to the buyer's bull of choice.

Mr Noller said they were extremely happy with the sale average and the online bidding had been phenomenal.