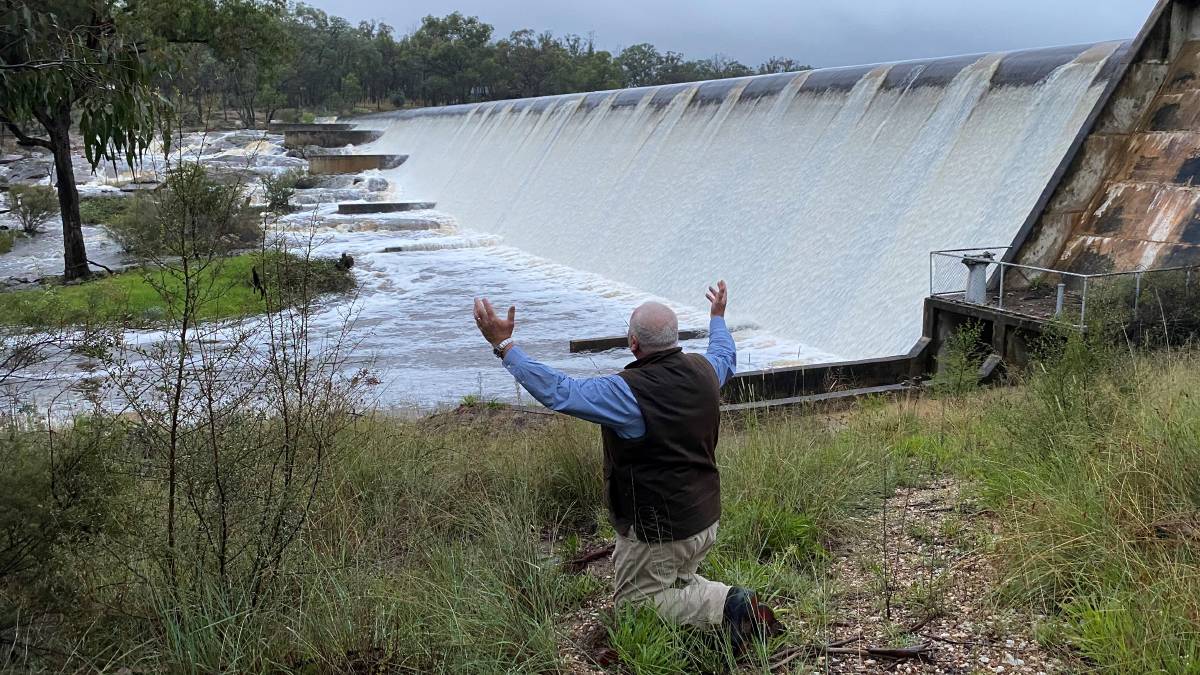 Carting water has become par for the course for the Granite Belt town of Stanthorpe but that all changed on Tuesday when the Connolly and Storm King dams hit 100 per cent.

Carting water has become par for the course for the Granite Belt town of Stanthorpe but that all changed on Tuesday when the Connolly and Storm King dams hit 100 per cent.

Southern Downs Mayor Vic Pennisi said "it hasn't rained money, but it has rained hope" for farmers and the community.

"The catchment has lived up to its name, the king storm has filled up Storm King Dam," Cr Pennisi said.

"After months of reporting that Storm King Dam was at 21.8 per cent or lower and carting an average of 565 truckloads of water to Stanthorpe per fortnight, this is a sight for sore eyes that will relieve a lot of pressure in the community."

The rain across south east and south west Queensland has also sparked inflows into a number of the state's dams used for irrigation.

When Queensland Country Life spoke with Sunwater on Wednesday morning they reported more than 55,000 megalitres had flowed into Glenlyon Dam, on the NSW border, lifting its capacity from 15.5pc to 37.65pc.

"Our storages in the south of the state, which have been experiencing low levels, have received much-needed inflows which we expect to continue in coming days," a Sunwater spokesman said.

"The dam was at 42.56 per cent capacity (34,772ML) on March 15 and Sunwater expects that inflows will provide more than 12 months' urban water supply to St George."

A spokesperson for Seqwater said Moogerah Dam in the Scenic Rim had been sitting on 12.9pc on Friday but had increased to 38.7pc by Wednesday morning.

However, the Lockyer Valley dams of Atkinson, Bill Gunn, and Clarendon, had not experienced significant increases.