Commercial beef producers will have the unique opportunity to purchase some of Australia's leading Fleckvieh Simmental genetics at the inaugural Herd Improver Sale, held in conjunction with Beef 2021. CROSSBREEDING BENEFITS: One of the quality bulls to be offered in the inaugural Fleckvieh Simmental Herd Improver Sale, held in conjunction with Beef 2021, is Wondenia Pacasso, bred by the Dench family, Gilgandra, NSW.

Commercial beef producers will have the unique opportunity to purchase some of Australia's leading Fleckvieh Simmental genetics at the inaugural Herd Improver Sale, held in conjunction with Beef 2021.

The multi-vendor sale will be held online only through AuctionsPlus with bidding kicking off at 9am on Monday, May 3, and finishing at 12 noon on Thursday, May 6.

Originating in Germany, the Fleckvieh is considered to be the world's only true dual-purpose breed, specialising in both high beef and milk production, according to Bruce McColl from the Fleckvieh Society of Australia.

"The Fleckvieh is renowned for their versatility, they can be used in crossbreeding programs as a terminal sire, but also have excellent maternal traits, including milking ability, longevity and fertility," Mr McColl said.

"They suit a wide range of environments and breeding objectives.

"Depending on your operation they are a sellable item straight off their mothers as a sappy calf at 400 kilograms plus, or you can run them through as a bullock.

"Although it's not widely known, the Fleckvieh has the second highest breed numbers worldwide behind Brahman cattle and are the second most milked breed behind Holstein." 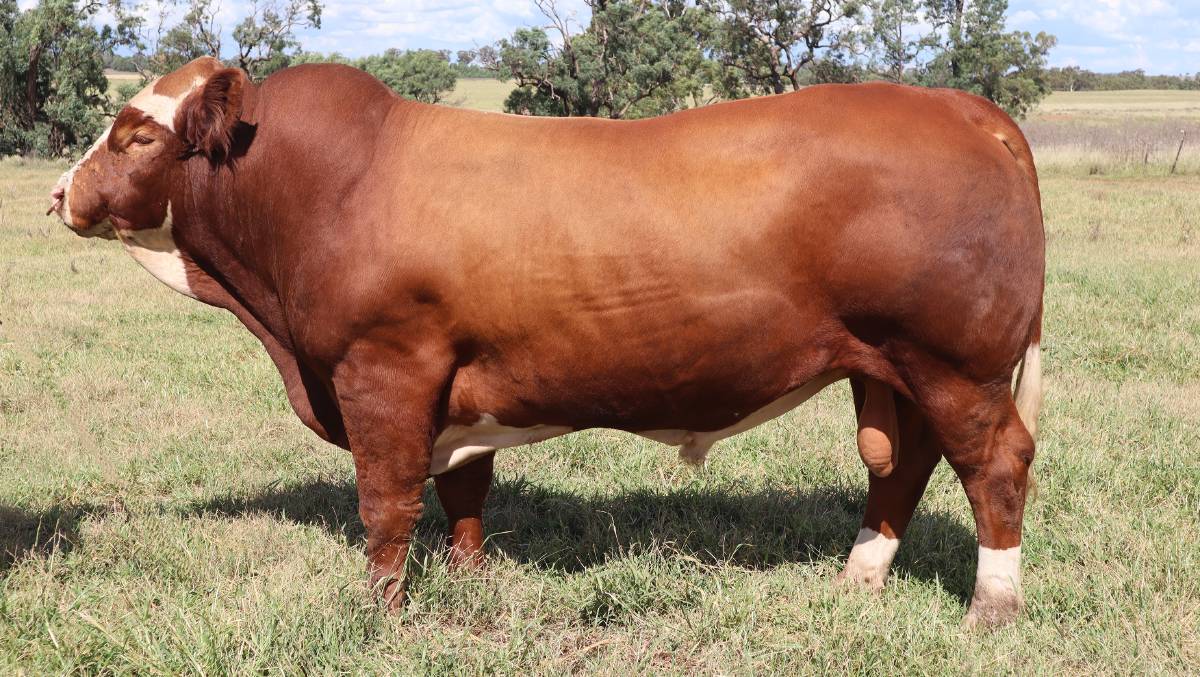 Mr McColl said the breed had evolved over the years with the introduction of South African bloodlines producing a more hardy, beef animal with increased heat tolerance.

"Research in South Africa showed the Fleckvieh had the best heat tolerance of any Bos taurus breed of cattle and are well suited to Australia's hot, arid and tropical areas," he said.

"There is growing interest in the breed in Queensland with many Fleckvieh bulls heading north in the past few years to be mated to Bos indicus cattle.

"They are ideal for going over Brahman cattle and adding extra growth and carcase traits to the progeny,

"Producers are also starting to see the maternal benefits in keeping the heifers as herd replacements."

Mr McColl said the elite sale will feature a range of proven Fleckvieh genetics from Australia, Germany and South Africa, with most of the sale animals available to inspect during Beef 2021.

Breeders are planning on the sale becoming an annual event with every third one coinciding with Beef Australia in Rockhampton.

"The sale will be online for the duration of Beef Australia, allowing anyone to bid from anywhere in the country," Mr McColl said.

"But if people want to see the animals in the flesh, we anticipate that at least 40 of the sale lots will be on display in the Fleckvieh show ring."

A stalwart of the Fleckvieh breed is Max Dench, whose family are currently involved in the Wondenia, Denmire, Fleckvieh 2 Farms (F2F) and Midlands studs.

Between the four studs, they will offer 23 bulls and 12 females at the upcoming Herd Improver Sale.

"My parents Bruce and Jean were looking to start a cattle stud and the dual-purpose attributes of the Fleckvieh Simmental prompted their interest in the breed," Mr Dench said.

"They established the Wondenia stud in 1972 and our family has now notched up almost 50 years of breeding these great cattle.

"Our aim has always been to produce a type of cattle which are middle of the road, easy-doing, with plenty of growth, muscling and softness and which have plenty of milk.

"These are all attributes which are required by the commercial beef industry to turn off cattle into a range of markets."

Based at Gilgandra in central NSW, the Dench family have been using artificial insemination (AI) for many years, sourcing high-performing Fleckvieh bloodlines from throughout Australia as well as Germany and South Africa, to fast-track their stud's genetic progress.

They are currently rebuilding their herd back up to 150 breeders after the drought.

"During the drought we used bulls only but this year we are planning to carry out an extensive AI program using new bloodlines," Mr Dench said.

"We have also retained semen from one of our main bulls in the sale, Wondenia Pacasso, as he is a bull we want to continue to use,

"He already has calves on the ground which are showing a lot of potential."

Wondenia is the family's main stud, with Denmire Fleckviehs established about six years ago, while the F2F stud has focused on the importation of German dual-purpose genetics for both beef and dairy farmers.

"Here in Australia, Fleckvieh breeders have concentrated on the beef side and over the years many of our bulls have headed north," Mr Dench said.

"But because of what is happening in the dairy industry, a lot of dairy farmers are now looking to use a beef bull over their dairy cows and rear those calves.

"By using Fleckvieh bulls, they can keep the Fleckvieh-cross heifer portion as replacements for their dairy herd and get $700/head or more for the steer portion at only 100 to 120kg which makes them very profitable."