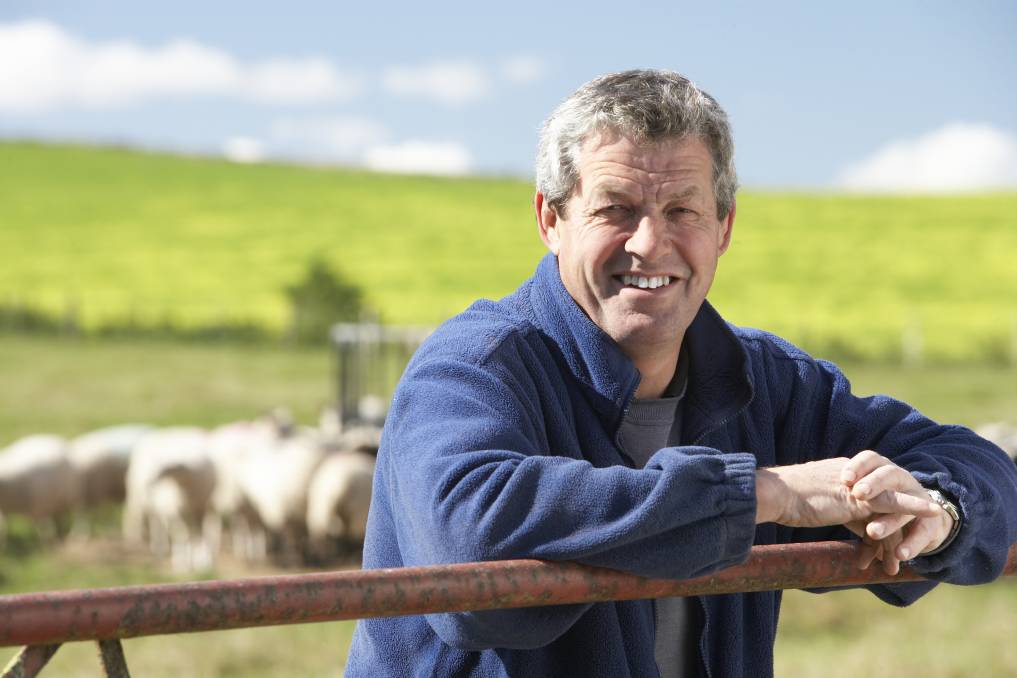 : The way many advertisers and media outlets picture farmers doesn't represent the whole picture and romanticises a bygone era.

An ad for rural product comes on - be it meat, cotton or milk - and there's old farmer with a pair of overalls, a beaten up hat, a piece of straw in their mouth, clutching a pitch fork, a kelpie chasing the sheep. Sound familiar?

PICTURE the last time you saw a farmer in an advertisement.

Was it an older man weathered from a life on the land, with dirt stained jeans and a faded broad-brim hat, driving a tractor or squatting on the ground?

If that wasn't bang on the money, chances are it was pretty similar - and agricultural leaders are tired of the outdated stereotype misrepresenting the industry.

Nutrien managing director Rob Clayton said there was a certain image that gets trodden out around Australia when advertisers and media outlets.

"It's mostly a wrinkly old farmer with a pair of overalls, a beaten up hat, a piece of straw in their mouth, clutching a pitch fork, a kelpie chasing the sheep," Mr Clayton said.

"Usually a man, it's hardly ever a woman, and they're usually leaning against a ute. And it's a stereotype that actually drives me a little bit insane."

Mr Clayton said the stereotypical image ignored how much agriculture had evolved and integrated modern technology with modern jobs ranging from drone pilots and satellite specialists to variable-rate program engineers and data analysts.

"I think that is lost on some of our city cousins, and the challenge is to get the best people from the city looking at agriculture as a career," he said.

Agriculture may have been overwhelmingly dominated by rural residents in the past, the trend is changing thanks to the industry's rapid technological revolution.

Department head of Agricultural Science at the University of Adelaide, Jason Able, said his 2021 first-year cohort of about 100 students is a 55/45 per cent split between country and metro backgrounds.

"We're finding more metro kids are very keen to explore ag. We did a survey earlier this year and many signalled they are very interested in sustainability, and how to contribute to society through that down the track."

The gender balance is also changing. Prof Able said a few decades ago, the cohort was "very male dominated. These days, it's closer to a 60/40 split of males to females.

"There is that stereotype of the patriarchal farmer in an Akubra and RM Williams boots, kicking dust - it's outdated, let's be real and move on," he said.

"We need to get media outlets to update their stock images to something a bit more 2021."

National Farmers' Federation president Fiona Simson said the stereotypical image of a farmer was a romantic throwback that was hard to shake.

"It is frustratingly hard to shift that image," she said.

"It doesn't actually capture what agriculture is today. Advertising companies are trying to appeal to a certain part of the population's psychology, but it's not necessarily what we want.

"We don't want sympathy, we don't want it romanticised and viewed as only for older people."

Ms Simson called for advertisers to do away with the stereotype.

"The image of agriculture today is vibrant, it's inclusive and it's sexy," she said.

"I'd like to see them capture that with the current generation of farmers and the exciting things they are doing on their farms.

"That is going to be much more representative of the industry going forward and it's going to help us much more than the romantic image they continue to push."