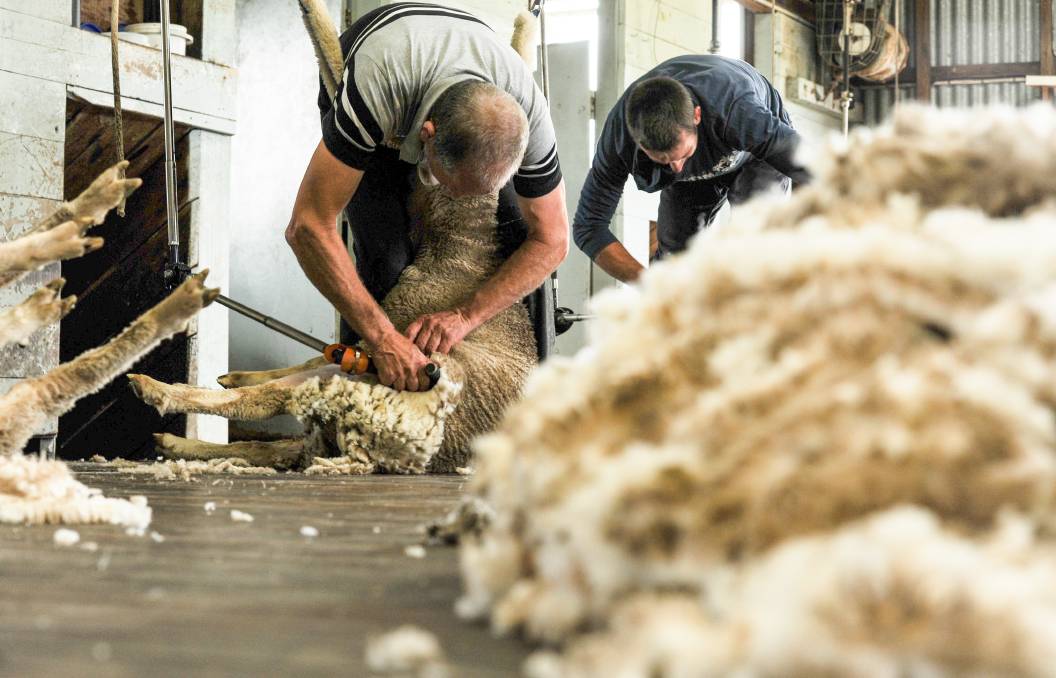 Finer wools continue their dominance in the market as supply remains short. Photo by Lucy Kinbacher.

The AWEX eastern market indicator lifted by 21 cents this week to close at 1312c/kg clean a rise of 1.6 per cent above the week prior.

Industry experts say this was driven by a smaller offering and demand for the finer microns with a seasonal shortage of finer wools being offered.

But not all sectors of the market experienced price rises.

NSW south-east wool broker for Nutrien Ag Solutions David Hart said the drop in the offering contributed to the price rise, which fell by 5854 bales to 40,402 bales.

"We were expecting a solid week because the offering was lower, but we were quite frankly a bit blindsided by the degree of the rise...nobody saw that coming," Mr Hart said.

"We heard there were pretty large indent orders - orders that are filled without a set limit, at market price.

"They were orders for predominantly finer, freer type wools and given the tight supply of those particular types of wool, I think the exporters that had those indent orders were pretty keen to fill them while the wool was there."

But he said there is no underlying change in the balance for demand.

And high vegetable matter (VM ) lots of over 2pc were out of favour with buyers, again another seasonal impact.

"In terms of the broader wool rises, I think they were just there for the ride," he said.

"There is a plentiful supply of broad wool and the quality is not that high. It is carrying a lot of vegetable matter and more colour in clips that is not ideal, all to do with the better season."

The finer wools that are hitting the market, Mr Hart assumes have been held for a while and are steadily continuing to hit the market.

"The fine wools are good quality and I think the supply and quality of wool on offer has a fair bit to do with the price rise," he said.

"The underlying demand from China is still okay, but it's not overly strong as we are able to meet that demand with current offerings.

"As the offerings fluctuate between that 40 to 50 thousand the market will similarly fluctuate.

"The market has sideways channelled now for about two months and whether or not this is a sign that we might break out of that channel it remains to be seen."

But despite the smaller offering, compared to the previous season there has been 79,700 more bales put through the auction system, an increase of 6.2pc.

The large rise in the finer Merino microns, has in part contributed to a significant increase in next week's offering with 50,821 bales currently on offer in Sydney, Melbourne and Fremantle.

Mr Hart said the industry is coming to a time of the year where the offerings traditionally contract rapidly, but says that probably won't happen this year.

"This is because the wool that is on hold is coming onto the market," he said.

"We will probably go through a period where the offering, in comparison to the time of year, will be unusually large and how the market copes with that will be interesting."