The gates to Lake Menindee have been opened after a five year wait.

The gates have been opened and water is flowing into Lake Menindee for the first time in five years.

The decision was made to fill Lake Menindee after updated modelling showed a total of 650 gigalitres to 850GL will reach the Menindee Lakes system following heavy rain and floods in the Northern Basin during the last couple of months.

Lake Menindee is the largest in the Menindee Lakes system and is 14 kilometres wide and 16km long, with a capacity to hold 1731GL.

Modelling indicates that between 300GL and 500GL will be released into Lake Menindee, of which approximately 100GL will be lost to seepage into the dry lakebed.

This means it is expected that Lake Menindee will be approximately four per cent to 9pc full after these inflows. 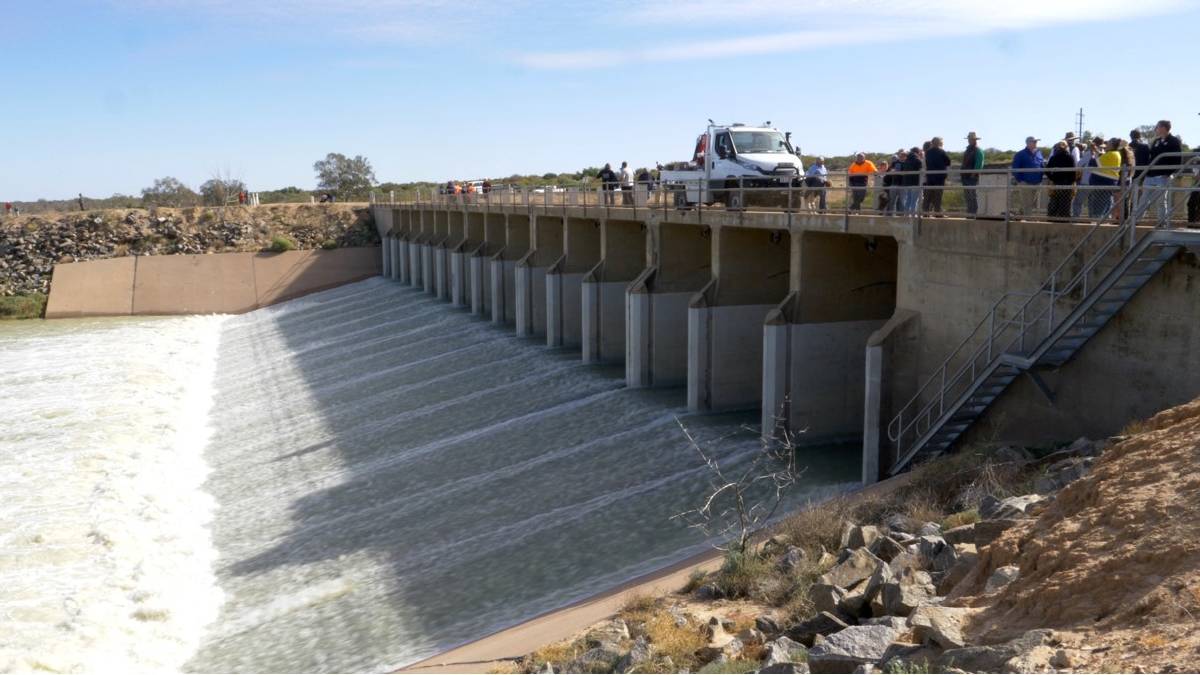 The gates were opened this morning in front of a crowd of locals, media and government representatives. Photo: Otis Filley

Opening the gates today in Menindee, NSW Water Minister Melinda Pavey said, while the volume of water which will enter that lake will be comparatively small compared to Wetherell and Pamamaroo (the upper Menindee lakes), the water will rejuvenate the foundations of its complex ecology.

"By the end of this event, around early June, we will have the two upper lakes at capacity, water returning to Lake Menindee, and a welcome extension to the water security outlook for the farm families and communities of the Lower Darling," Ms Pavey said.

"Being able to return water to this dry lake means seepage losses from the next inflows will be hugely reduced and the potential to add volume to the lakes enhanced with each subsequent flow event." 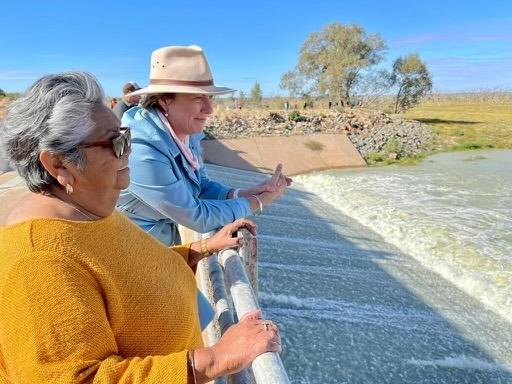 The opening of the Lake Menindee gates means control of the water (in the Menindee Lakes) could soon be handed over to the Murray Darling Basin Authority (MDBA) from NSW, as the trigger point of 640GL is expected to be reached with the two top Lakes, Wetherell and Pamamaroo already holding 371GL.

"As much as there's a lot of good there's some nervousness about how the Basin Authority will control the flows downstream going forward," Mr McCrabb said.

"The issue is...how much they take out of our two top lakes."

The latest communique from the MDBA, released on Thursday, stated "the MDBA will communicate more frequently with clear information about what happens when the water sharing arrangements between the states kick in at Menindee and how decisions will be made on behalf of the state governments." 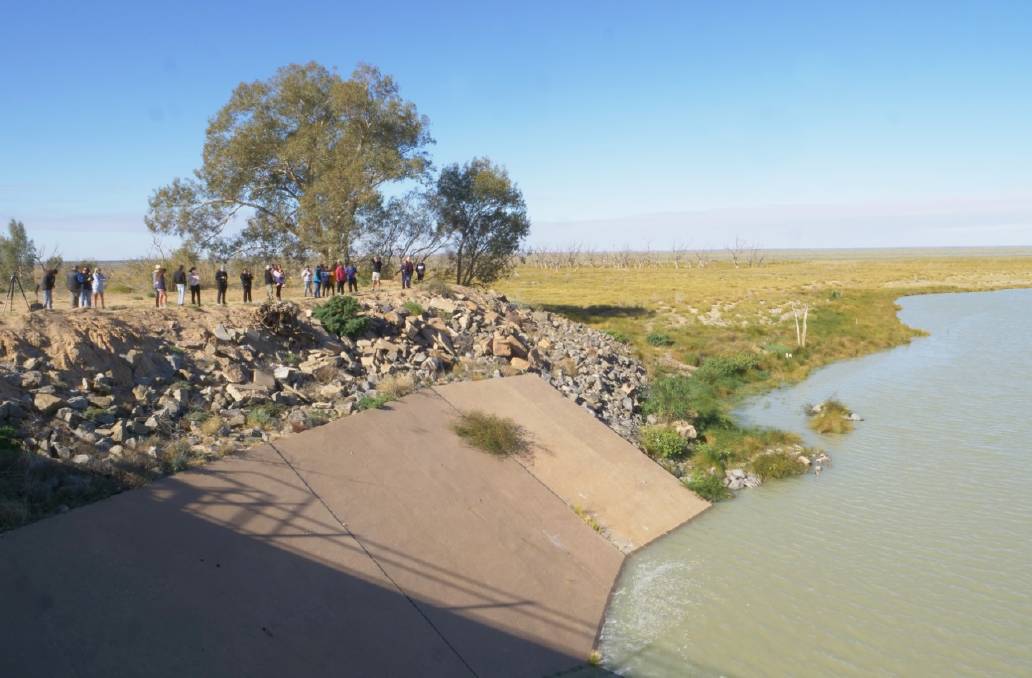 Lake Menindee is 16km long and 14km wide with a storage capacity of around 1700GL. Photo: Otis Filley

"These significant inflows are important to the Menindee community, for the wellbeing of the Barkindji people, for tourism and for fish and bird breeding," Mr Reynolds said.

"Operating the Menindee Lakes is challenging, and whenever the MDBA is in a position to call on water on behalf of the basin states, consideration is given to environmental impacts, community needs, and the requirements of downstream water users."

Meanwhile, Southern Riverina Irrigators have disputed suggestions that there is a battle brewing between Menindee locals and Murray irrigators over the inflows.

The group argued bypassing the lake system would do little to preserve future water requirements Menindee and Lower Darling and did not align with the key principle of the basin plan, a connected river system.

Spokesperson for the Southern Connected Basin Communities (SCBC), which represents groups from the across the Southern Basin, Sophie Baldwin echoed the sentiment, saying they would no longer allow government and departments to write the narrative for them.

"We stand united in our desire to see water return to Menindee and flow down the Darling as it has done for the many generations," she said.