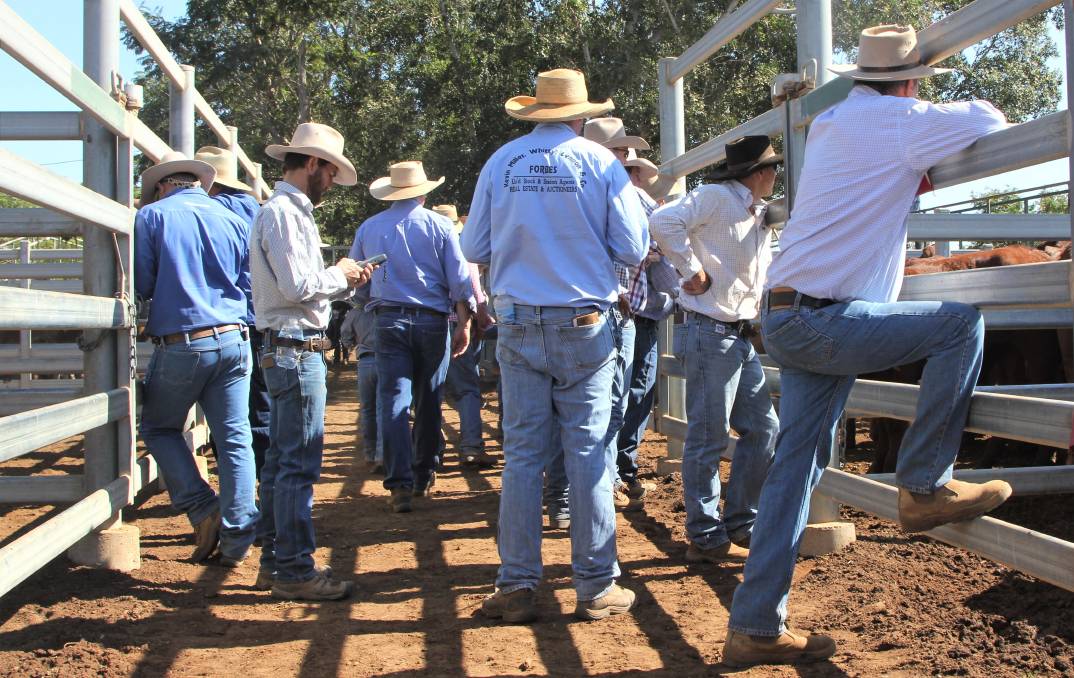 STAYING STRONG: The strength in the cattle market continues to hold, prompting talk the forecast 'second-half' decline might be smaller, and later. IMAGE: Sally Gall

AS young cattle prices continue to linger in territory very close to records, some analysts and agents are rethinking the extent to which the much-touted decline in the second half of this year might occur.

Most observers still agree the drop is on its way, as restocking eases, but many now believe it could be much closer to November that the downward movement starts in earnest. Even then, they say an Eastern Young Cattle Indicator below the mid-800s is not likely.

April's decline only saw the EYCI dip to 876 cents a kilogram carcase weight before beginning a gradual rise again to tip over the $9 mark late last week and sit currently at 889c/kg.

While ANZ is sticking by it's view of a decline later this year, it's analyst team has run modelling based on female cattle slaughter ratio, the Australian and United States cattle herd ratio and the Australia-to-US exchange rate, which showed the EYCI would stay put until 2024, before returning to mid-800s.

The sophisticated forecasts available for these three variables made it a worthwhile scenario to consider, head of agribusiness insights Michael Whitehead said.

"What the exercise shows is there is a reasonable chance prices may well stay high for the next three years," he said.

"Many supply chain players are holding their breath on prices easing at the end of the year, and while this may well turn out to be the case it would also be prudent to prepare for the opposite. "What we are seeing at the moment is low interest rates combined with a lot grass, further combined with strong demand coming out of pandemic recovery and very tight supply - very unusual circumstances."

Thomas Elder Market's Matt Dalgleish predicts a 'slow grind' now for the EYCI to the 930c region through winter, then the decline will start to come through.

He said it makes no monetary sense on a grass-fed trade once the market gets above that level unless finished prices go higher.

Given how much processors are hurting and the massive premiums Australian cattle are now at in relation to the United States and other international competitors, that is unlikely.

Many livestock agents, including South Australia's Scott Creek, Mount Gambier, believe it will be November at the earliest before any decline is seen.

"There's certainly no sign of it yet," he said.

"In our most recent sales, there were little spots a tad back but also spots that were dearer and as a whole, the market is equal to, if not dearer, than what it has been.

"What the typical supply increase in spring will look like this year, no one knows because no producers are at their normal capacity.

"I'd say we here have replaced around 70 per cent of what was sold.

"So we are heading into winter needing more little cattle for backgrounding than we ever have."

Agents in northern NSW and Queensland said that was even more the case in their neck of the woods.

"Everyone has come to the realisation if they want stock, this is the price," Mr Creek said.

"And that's what will hold the job up, if not make it stronger."