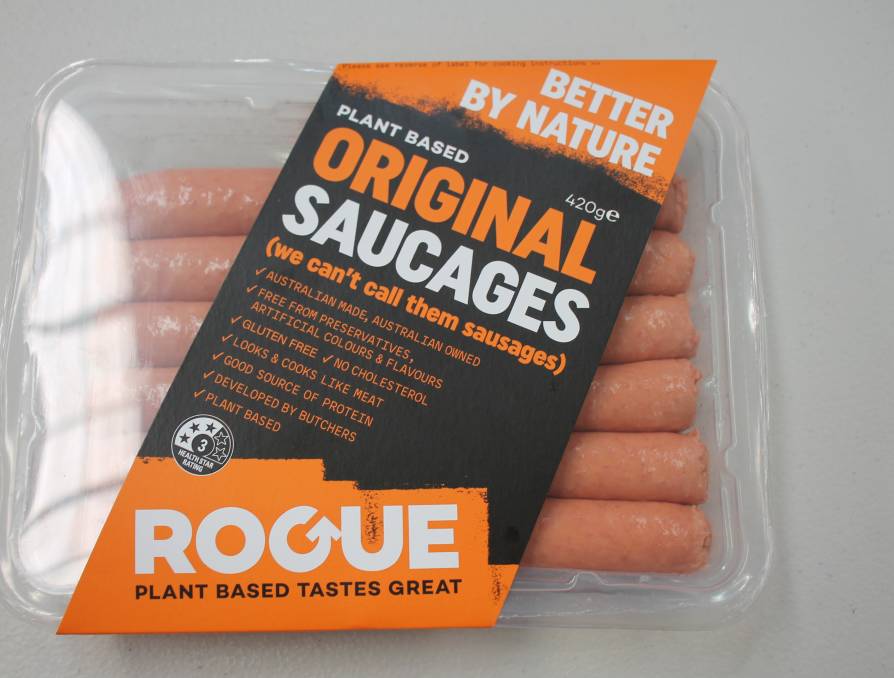 This comes despite the outrage from Australian red meat industry lobby groups and many consumers over the point of sale "beef" claims of many plant-based products.

Nor the legal moves being made particularly in the US to forced companies to change their claims.

A FSANZ spokesman said the group "was aware of the interest in labelling of plant-based meat alternatives, both domestically and internationally".

"It's illegal to make use of someone else's trademark and the same should go for highly processed products that try to mimic beef," the cattle council's chief executive Travis Tobin said.

The Red Meat Advisory Council has told the federal government the meat industry - cattle, sheep, goat and chicken - is united on the need to change labelling of plant-based products.

But the FSANZ spokesman said the group was not currently considering any changes to provisions in the Food Standards Code (the Code) for the naming of food.

"In general, the code requires the name of a food to be sufficient to indicate its true nature," the spokesman said.

"Some foods, including meat, are defined in the code and can only be sold using a specific name or representation if they meet the definition and any composition requirements.

"The code does allow use of a term such as 'meat' if the context makes it clear the food is not a food as defined in the code e.g. mincemeat in fruit mince pies; bread in shortbread biscuits; beer in ginger beer.

"These provisions work in conjunction with consumer protection legislation which prevents misleading or deceptive conduct by food manufacturers."

FSANZ is hosting an online forum on "future foods" on June 1.

"I am sympathetic to concerns from producers of genuine meat and dairy products who are forced to contend with highly creative, and sometimes misleading advertising and labelling of plant-based foods and drinks," Mr Littleproud said.

A result from that working group was plant-based food companies offering to develop voluntary guidelines of the labelling of products.

The meat groups say they are "firmly of the belief" the plant-based manufacturers would not comply with a voluntary code and want changes to labelling laws.

The Texas state legislature this month approved House Bill 316 which bans foods not containing meat from animals from labelling their products "meat" or "beef".

The Bill now needs to pass the state's Senate to become law.

Australian and New Zealand authorities have been wrestling with the issue of meat labelling since 2018 when the Food Regulation Standing Committee, a forum of governments, was asked to look into it.

That committee said there was a "lack of evidence to suggest that consumers are being misled".

That finding was important for those pointing to Australian Consumer Law which "prohibits suppliers of food products engaging in conduct that is misleading or deceptive or likely to mislead or deceive consumers in relation to the supply, promotion or advertising of the supplier's products".

"Whilst it is likely that plant-based alternative products will have similar look, smell, taste and mouth-feel of their respective animal products, there are questions as to whether the current food standards adequately differentiate the products and assist consumers to understand the source and nutritional profile of meat, dairy, and their plant-based alternatives," the committee found.

There has been lots of support for the labels to change on social media.

"Beef is beef. Made by from grass and water, not in a lab. Hands off," Vikki Templeton said on Facebook.

"It's false labelling, should be illegal. Bit like putting a Ferrari label on a push bike, and selling it," Catherine McCoy said.

"It's not meat ... so they should change packaging as well so it does not look like meat. They should not be making money from other industries' hard work, Doreen Richmond said.