A New Zealand inventor has made a boat which is mostly wool. 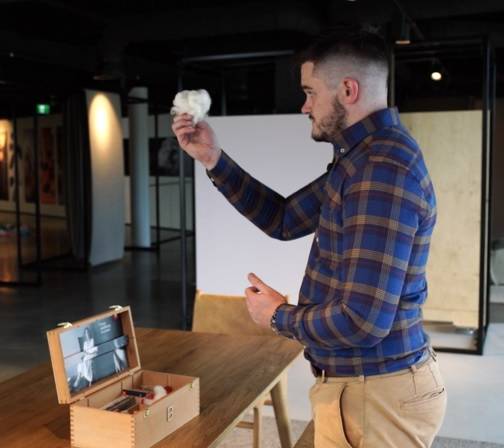 Logan Williams has invented a new material based on wool.

A New Zealand inventor has made a boat which is mostly wool.

Logan Williams has made a plastic replacement he calls Keravos, a combination of acid derived from corn starch and coarse wool.

Mr Williams, 25, is a scientist who head ups the technology and innovation section of the New Zealand Merino Company.

Only a few months ago, Australia's Woolmark company sponsored the Italian entry in to America's Cup which was contested in New Zealand waters, but only the sailor's uniforms were made from wool.

Mr Williams built the boat to prove the adaptability of the material he has invented and is now being made into pellets for manufacturing at a factory in Hamilton.

"Wool is composed of what's called keratin protein. It's actually one of the strongest natural materials on the planet," he said.

"So, what happens is it gets infused with the polymer and it makes it incredibly strong. And wool is also quite lightweight. So, the more wool we can put into the polymer that the lighter the products will be."

Other products like a cup and flower pot have been made as well as the boat.

"It's stronger lighter stiffer and good for the environment as well," he said.

NZ Merino has also been involved in building surfboards from wool as well.