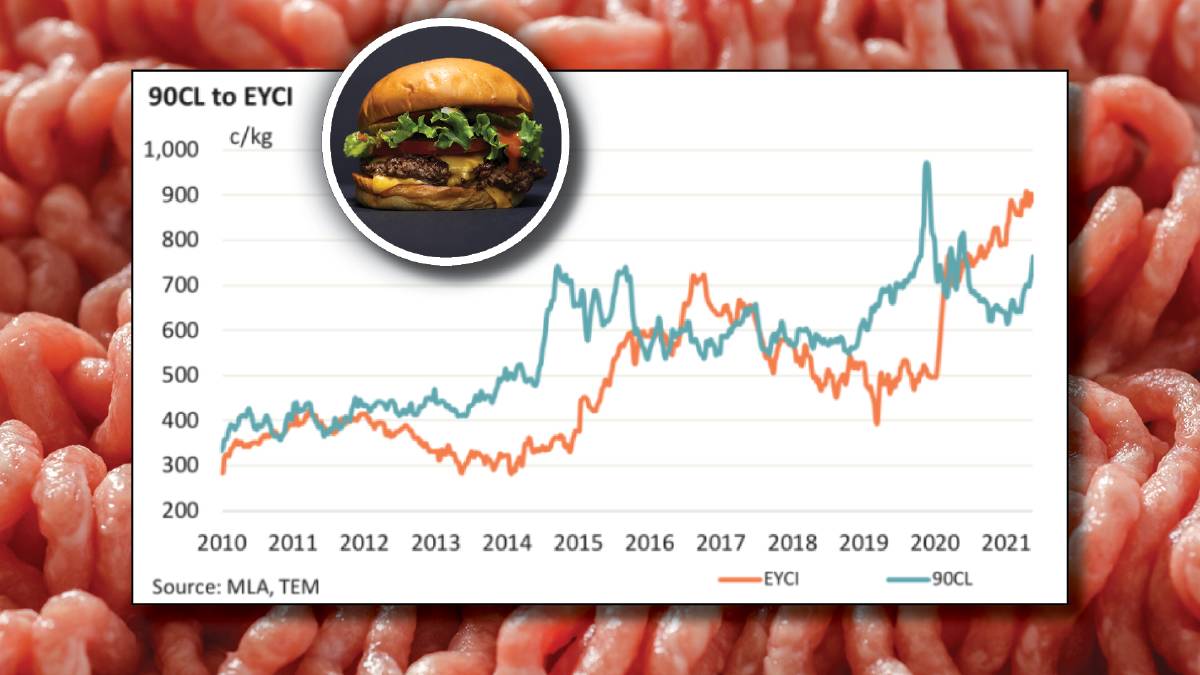 90CL indicator rallies; depend for Aussie beef globally looks set to be red hot for some time

A shortage of grinding beef is emerging in the world's hamburger headquarters, the United States, as disruptions like a cyber attack and export lockdown collide with ramped up consumer demand.

The 90CL (chemical lean) indicator for frozen manufacturing beef into the US has shot up in the past week on the back of Argentina banning beef exports and JBS processing plants being shut down by information technology hackers.

For Australia, a key supplier of the 90CL lean grinding meat that US manufacturers blend with local higher-fat beef to make hamburgers, that can only mean more support for a strong cattle market.

Thomas Elders Markets reports the 90CL has rallied to 763 cents a kilogram carcase weight, the highest point in 12 months.

Analyst Matt Dalgleish said the US was scrambling because massive orders had come through from Chinese buyers, who reacted very quickly to the Argentine decision to keep all its beef onshore. 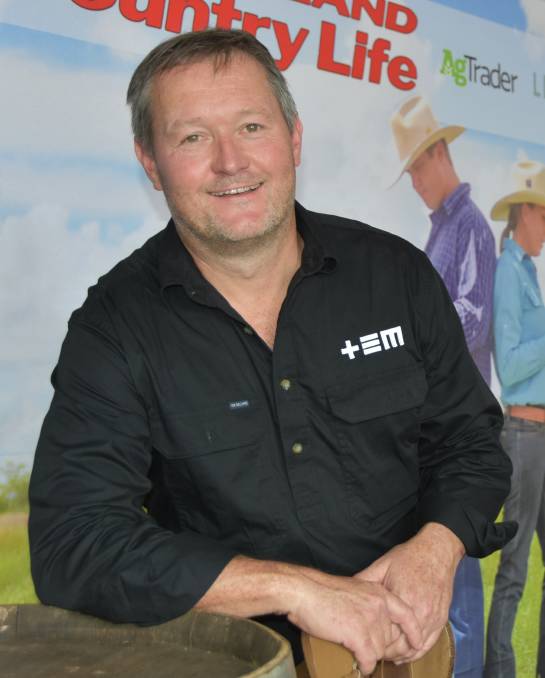 US reports were saying the Chinese wanted 9000 tonnes in one week, Mr Dalgleish said.

"During the entire 2020 season, weekly flows of beef from the US to China ranged from zero to 4,000t, so that is massive, certainly enough to rattle domestic US players," he said.

It appeared the Chinese were pursuing the US over Australia in their bid to fill a big gap left by Argentina's departure, he said.

Meat & Livestock Australia analysts said there was growing concern regarding the beef supply scenario in the US.

Cold storage levels were down on a year ago, there were operational disruptions to processors and tight cattle supplies from Australia and New Zealand. All of these had coincided with a rebound in consumer demand, they said.

As of the end of April, the combined US inventory of beef, pork, chicken and turkey in cold storage was estimated at 905,000t shipping weight, 18pc lower than the previous year and 16pc lower than the five-year average, according to MLA.

As COVID vaccines are rolled out and food service comes back online, US consumers also have stimulus money in their pockets and beef seems to be a major go-to.

Global analyst Simon Quilty calls it 'pent up demand' and said the start of grilling season in the US was adding further fuel to the demand fire.

At the same time, the Chinese appear to be raiding New Zealand supplies.

In March, NZ sent 38pc of its grinding meat to China, and 37pc to the US, where in the past the US has been their number one market, Mr Quilty said.

"There is now a genuine desire by America to compete head-on with China for that lean meat and it's pushing the indicator up. It's buying tension at its best," he said.

Even though the US is in mild herd liquidation, the vast majority of US beef is grain-fed, so local grinding meat is 50CL. Lean meat from other parts of the world is required for the high-demand hamburgers.

Central American countries all contribute but Australia and are the NZ largest contributors.

The JBS shutdown saw a shortening of the fresh trim market this week in both Australia and the US, Mr Quilty said.

JBS makes up 23pc of US beef capacity in terms of slaughtering and 18pc on pork. In Australia, they sit around 28pc on beef and 15 to 17pc on lamb, he said.

Meanwhile, most analysts believe the Argentine lockdown on beef exports, designed to keep a lid on inflation, will continue in some form beyond the initial 30 days. Little internal data is available but analysts say attempts to manipulate markets by governments often don't work out as planned and in this case, local livestock producers refusing to sell stock in protest would also be having an effect.

Pricing into China had jumped significantly and in turn led to lifts in other key Australian markets like Japan, they said.

Most are forecasting ongoing strong demand for Australian beef well into next year.