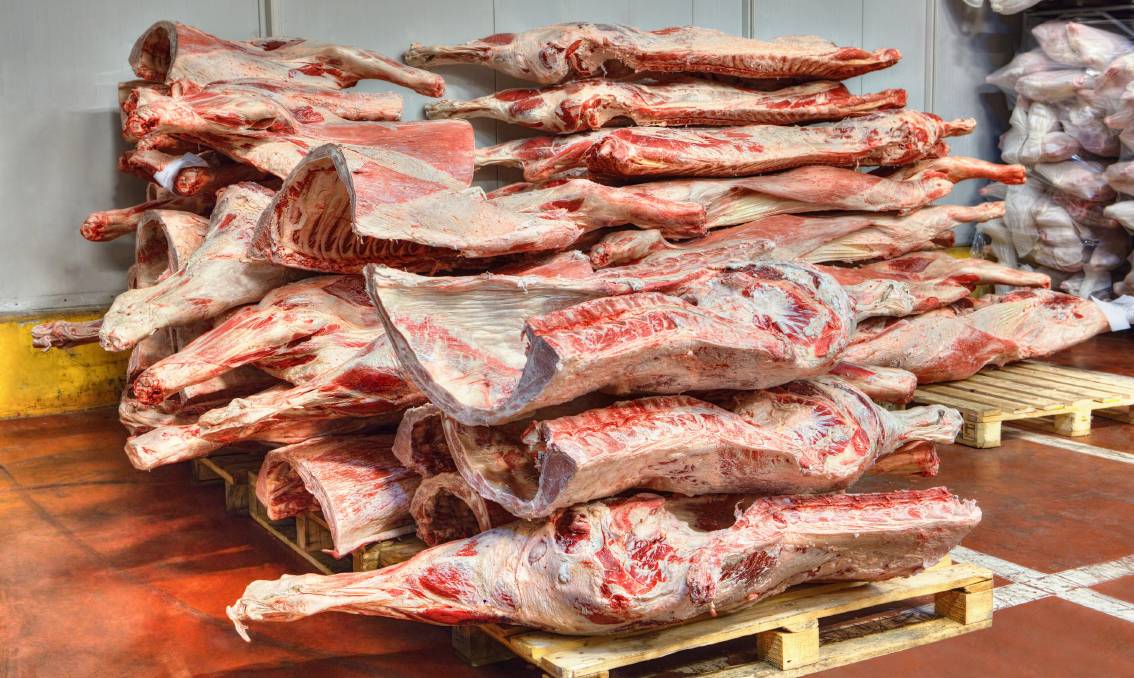 Ken Wilcock notes that the May figure stands out as a very low number.

AFTER getting clear of the short month and public holidays in April, May usually works out to be the biggest month for production and beef exports in the first half of the year but not so this time around.

Being a 31-day month and only one public holiday (limited to Queensland), the initial thought was that there must have been some significant downtime somewhere during the month to cause such a loss of production.

However a closer look at the calendar revealed a much simpler explanation.

The way the days fell there were five Saturdays and five Sundays in May leaving 21 working days less the public holiday which meant, somewhat surprisingly, that May had only one working day more than April.

Explanation aside, the May figure stands out as a very low number.

On a calendar-year cumulative basis, total export tonnage has reached 348,861, which is 108,000t or 24 per cent behind same period last year and again the lowest in the past 10 years.

A quick pro-rata check revealed that export tonnage across April and May was virtually identical, suggesting that the supply of cattle and kill rate had remained relatively constant.

That may be a good indicator of what can be expected for the remainder of the year.

In simple terms what the statistics are saying is that Australia currently does not have an abundance of beef nor is likely to in the months ahead, particularly lower grade manufacturing product to sell overseas.

Progression into winter and the usual decline in pasture quality will likely keep a trickle of cows coming through and feedlot inventory looks set to continue at recent levels assuring ability at least to have product to place in premium markets.

The 15-40 millimetres of rain received last week across southern Queensland and central and western parts of NSW would normally raise the confidence level for a good oats season and meatworks cattle to flow around October but the question remains whether there are any numbers of meatworks types to go on crop or whether the crop will tend to be used more for backgrounding young, lighter descriptions.

In simple terms what the statistics are saying is that Australia currently does not have an abundance of beef nor is likely to in the months ahead, particularly lower grade manufacturing product to sell overseas.

Not surprisingly, the overseas markets that usually take the bigger part of Australia's lean beef production are showing the biggest reductions in import tonnage.

To put that into perspective in one month alone in 2014 the US took over 47,000t of Australian product.

China is the other big lean-beef market and putting aside the politically inspired bans on certain Australian meatworks, the export trade situation is similar to that of the US.

But interestingly and despite the bans, China has moved ahead relative to the US in terms of export market position for Australian beef putting it third behind Japan and Korea on volume.

Argentina's export ban is a likely explanation for this increased level of interest but it remains to be seen where to from here.

Steiner makes the point in its latest report that US traders have been telling them for weeks that Asian markets are paying up and buying Australian product away from the US.

This is in addition to China taking an increasing amount of US product to the point that China now counts as the third largest export market for US beef.

If China is to continue buying Australian product away from the US we should expect to see a declining trend in volume to the US given Australia's limited capacity to supply.

But countering that is escalating beef prices within the US.

Foodservice operators there are reporting a surge in sales and customer traffic to the point that the National Restaurant Performance Index reached an all-time high in April.

Wholesale price of 73CL coarse ground beef is up by 90pc since March.

As Steiner sees it, the concurrent nature of China's surge in demand for US and Australian product with increasing demand and rising prices within the US can only lead to broader beef price inflation.

The resultant higher export prices should help to erase some of the red ink from Australian processors' accounts.

AFTER what must have been a most difficult time for the business, JBS has recovered from the cyber-attack incident with Rockhampton, Dinmore, Beef City and Riverina resuming on Monday and Townsville on Tuesday this week.

Meanwhile publically available grid rates show little or no change this week with 680c/kg for 4-tooth ox and 620c for heavy cow prevailing in southern Queensland.

In the markets the situation is much the same.

Dalby last week experienced only a 2c/kg fall on heavy cows despite the absence of JBS and non-return of the Warrnambool processor who stepped into the market the week before.

At Wagga on Monday heavy cows lost the blip from the previous week to return to the 318c/kg average of a fortnight ago.

In the US, domestic meat prices continue to ratchet up with a further US8c/lb gain in the Choice beef cutout.