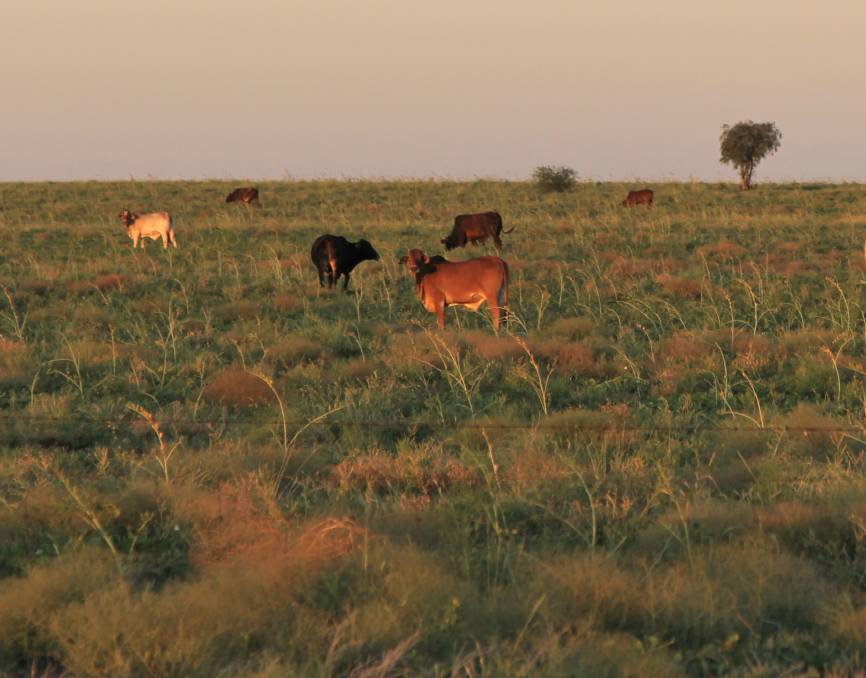 Ken Wilcock notes that the season has been well above average in north and central-western Queensland.

FOR the past two years, north and central-western Queensland has been a go-to destination for southern Qld and NSW cattle producers looking for stock to utilise their abundantly grassed but understocked pastures.

Considering the catastrophic floods of January 2019 and cattle losses estimated to be in excess of 500,000 head, it seems incongruous that the north has not only been able to truck large numbers south but also has been a consistent supplier into the Vietnam and Indonesia live export markets as well as a strong source of cattle, particularly cows, for Townsville and southern meatworks.

Richmond agent Matthew Kennedy said the season in a wide stretch of country beginning about 80km north of the tick line and running east of Burketown through the Gulf country all the way to Cairns was generally well above average.

However to the south of the same 80km demarcation line, the season has been really patchy all through the Downs country.

A measure of how good the northern season has been is that some people haven't started to muster yet because it is still wet in areas.

Others have started and done a bit where they can but often have found it necessary to wait for it to dry out further in order to get a grader to do tracks for vehicles.

This is particularly so for the bigger places that tend to truck weaners back to the main homestead facilities.

Matthew said that stock movements had steadied a bit but there were still plenty going to the sales as well as some into the Downs and Maranoa regions of southern Qld and some into NSW.

This was evident last week at Charters Towers with 2300 head yarded at Wednesday's prime sale and a further 2900 head booked for Friday's store sale.

As well, the first Indonesian order for around four weeks came out on Monday.

Numbers were previously being sourced from further west but now it seems the supply net has been cast a bit wider with the result that steers and mickeys are attracting 400c/kg and 375c for heifers.

Vietnam shipments meanwhile have been a regular occurrence every 14-21 days.

A couple of these have been sourced through Cloncurry to ship out of Darwin but mostly they have been loading out of Townsville.

A feature of the current Vietnam trade is the money on offer for cows and bulls.

Cows need to meet certain other selection criteria but need only be over 390kg to attract 300c/kg while bulls under 650kg are worth 360c/kg and 20c less for those over 650kg.

With this sort of money for in-demand live export cattle and even higher rates in the south for younger, lighter descriptions, Matthew finds it difficult to see the basis of some analysts' predictions for a downward correction in prices later this year.

Logically supply has to increase to bring prices down and while north Qld stands out as being the region closest to capacity in terms of breeder numbers, there are still vast areas from Qld to Victoria that are very light on for cattle.

Gippsland producer and stock agent Roger Tweddle said that while some people had stocked up there was a lot of country without stock on it.

Part of the reason is that rather than breed, a lot of people are traditional fatteners and sourcing suitable stock has become very difficult.

Feeders are taking the heavier steers even to the point of outbidding butchers and domestic processors.

That has forced the bullock fatteners to step down a year and in many instances the extreme rates they are confronted with for the lighter types of cattle has only served to encourage them to stay out of the market.

But the current rain which is pretty much widespread across Victoria will ensure a good start for spring.

In around 10 weeks' time the grass will be getting away and the need to do something with it will become more pressing.

The idea of paying $1400 for a weaner and turning it into a $2000 feeder six months later might gain a bit more acceptance by then and should help to inject some renewed interest in buying activity through to Christmas.

Combine that with large areas of NSW that are only a rainfall event away from a season as good as last year and the demand side looks very solid.

Southern buyers who took a chance with northern cattle early last year now have in many instances three or more trades under their belts and have become repeat customers.

No doubt in time as southern herds rebuild and local cattle supply improves, the interest in northern cattle may slip away and a greater proportion of those cattle may return to the live export trade.

But for the time being with supply and demand factors where they sit, the agenda for the remainder of this year at least looks pretty well set.

WITH JBS settling back into a normal kill routine after the cyber-attack incident and seemingly renewed interest in the cow job from another major player in the wider south east Queensland region, grids have undergone some revisions.

This represents a 5-10c adjustment on ox and as much as 30c on cow.

In the southern states, rates were generally unchanged.

Due to Monday public holiday in the southern states there is no early saleyard market guidance at time of writing.

Overseas, the recent rising trend in US wholesale beef prices has halted with the Choice cutout indicator showing a US1.4c/lb fall to US 337c/lb.

Imported beef prices have also steadied but according to Steiner held a firm tone with indicator 90CL Aust/NZ blended cow recording no change from the previous week at US282c/lb FOB East Coast.