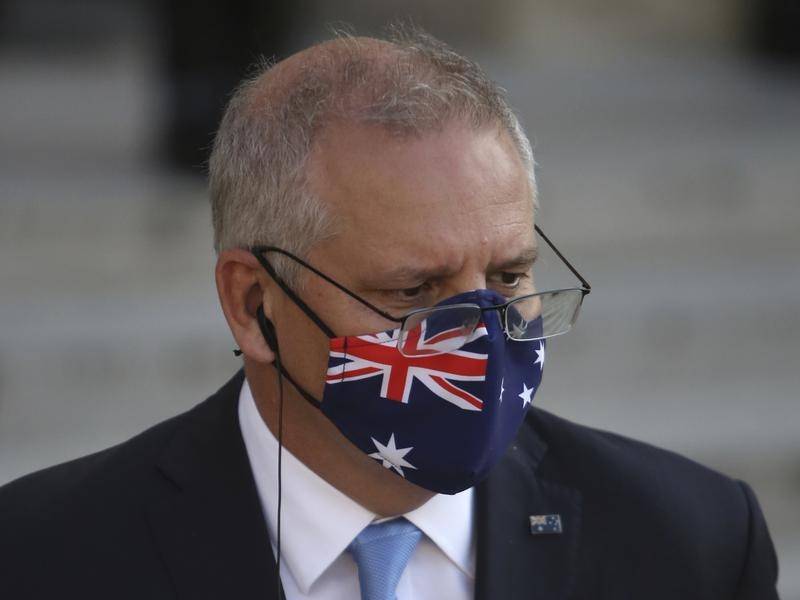 Scott Morrison has moved to allay fears of a conflict with China after meeting G7 leaders.

Prime Minister Scott Morrison said world leaders at the G7 Summit were all keen to avoid a cold war with China.

Scott Morrison has insisted Australia has no desire for war with China after meeting with world leaders who vowed to stand up to the rising superpower.

The prime minister moved to allay fears of conflict with China after attending the G7 conference in the UK amid tense relations with Australia's biggest trading partner.

"That is not an outcome that we would wish for in any circumstance," he told Sky News.

Mr Morrison said steps were being taken to ensure stability in the Indo-Pacific.

Defence Minister Peter Dutton angered the Chinese government earlier in the year when he said conflict over Taiwan could not be discounted.

Home Affairs secretary Michael Pezzullo made headlines around the same time after saying the "drums of war" were beating but didn't name China.

Mr Macron described the rising superpower's tactics as a blatant breach of international law and declared France stood with Australia.

Mr Morrison said it was a shared view of all leaders at the G7 that the world should avoid a Cold War with Beijing.

"We are working hard to prevent that type of an outcome, and that is achieved by having as much engagement as possible," he said from Paris.

The prime minister said ensuring a balance between trade and interaction that didn't compromise nations' independence was crucial.

He also lavished praise on Joe Biden after his first face-to-face meeting with the US president who he believes has a deep understanding of the Indo-Pacific.

WA Premier Mark McGowan has urged the Morrison government to abandon its tough rhetoric towards China as fears about more trade sanctions grow.

"The Australian government should heed these constructive opinions, face up to and reflect on the crux of the setback in bilateral relations, abandon the Cold War mentality and ideological bias," he said.

Mr Zhao said stable China-Australia relations were in the fundamental interests of both nations.

"Without that it's the global heavyweights that dictate the terms," he told the Australian Farm Institute conference.

"That's not in our best interests."