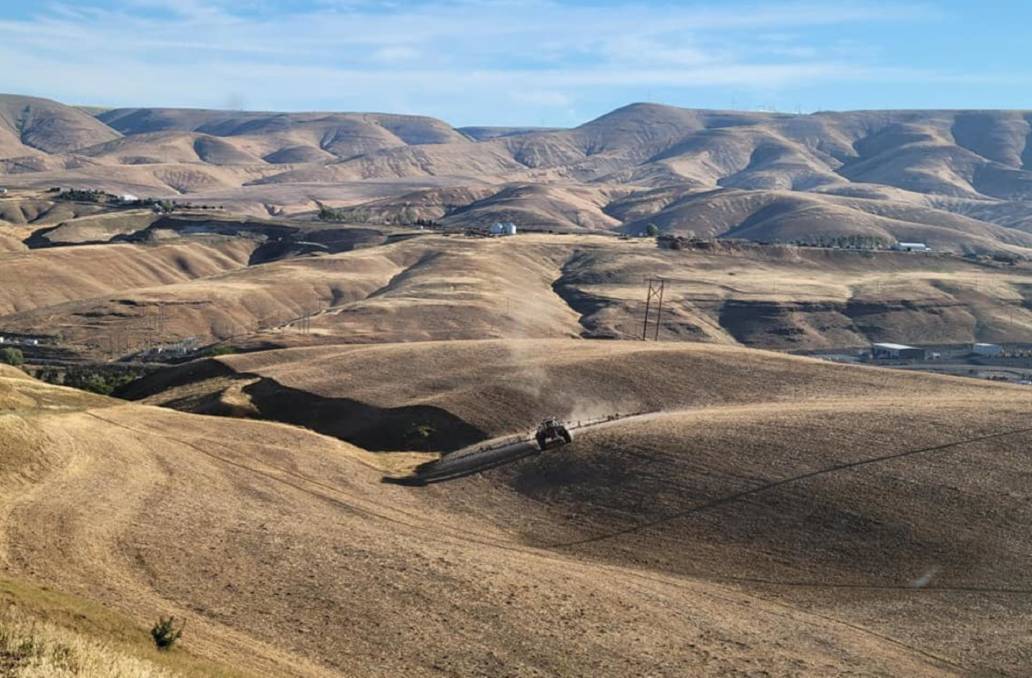 Idaho farmer Jeffrey Kaufman captured this image of a parched landscape in his part of world near Lewiston near the border with Washington state.

Records are being smashed as western Canada and the north-west of the US sizzle through what is being described as a 1 in 1000 year event.

NORTH AMERICA, particularly the Pacific Northwest region of the US and western Canada, is sweltering through a heatwave described by some outlets as a one in a thousand year event.

In Canada, the all-time record high was smashed on June 28, with Lytton in British Columbia recording a temperature of 47.9 degrees, a maximum hotter than many traditional North American hot spots such as the Las Vegas in the Mojave Desert.

Further south, in the normally temperature Pacific North West of the west side of Oregon and Washington State, Portland and Seattle both broke their records with temperatures over 40 degrees.

Temperatures in the drier, hotter grain growing regions to the east of the states, have risen into the mid-40s.

The normally significant wheat producing region has been in the midst of a harsh drought that has impacted both winter and spring wheat.

Winter wheat is already being harvested with markedly below average yields expected, while the scenario is even worse in the spring wheat, with reports that some crops may be abandoned due to a lack of moisture.

Idaho farmer Jeffrey Kaufman said it was probably the driest he had ever seen it in his area and that harvest was set to start significantly earlier than last year.

The PNW is not the only grain growing region under pressure in North America.

Farmers on the Canadian prairies and across through the Dakotas in the northern US are anxiously looking at temperatures with canola currently flowering and vulnerable to heat shock.

The worst of the heat is confined further to the west than the bulk of the canola crop, however given many crops are low on moisture already even relatively small increments of above average temperatures could cause crop damage.