Smithfield Cattle Company turns 35: Why they have strong faith in the future of grain-fed

From humble beginnings of 120 head on feed to having two feed yards with a combined capacity of 38,500 head, Queensland's Smithfield Cattle Company has, for three decades, been at the forefront of forging new paths and best practice in the lotfeeding sector.

The family-owned operation today turns 35 and those at its helm have a strong faith and optimism in the future of the grain-fed beef industry.

Smithfield custom feeds for some of the country's leading beef brands as well as sourcing cattle from throughout Queensland and NSW to background and finish for domestic and export markets.

It runs the Smithfield Feedlot at Proston and the Sapphire Feedlot at Yelarbon near Goondiwindi.

When Robert and Sandra Smith drove the very first peg into the ground at their Proston site in 1986, they probably could not have imagined a day when more than a million head on feed across Australia was considered normal, feeder prices were averaging 465 cents a kilogram live weight and autonomous bunk feeding was possible. 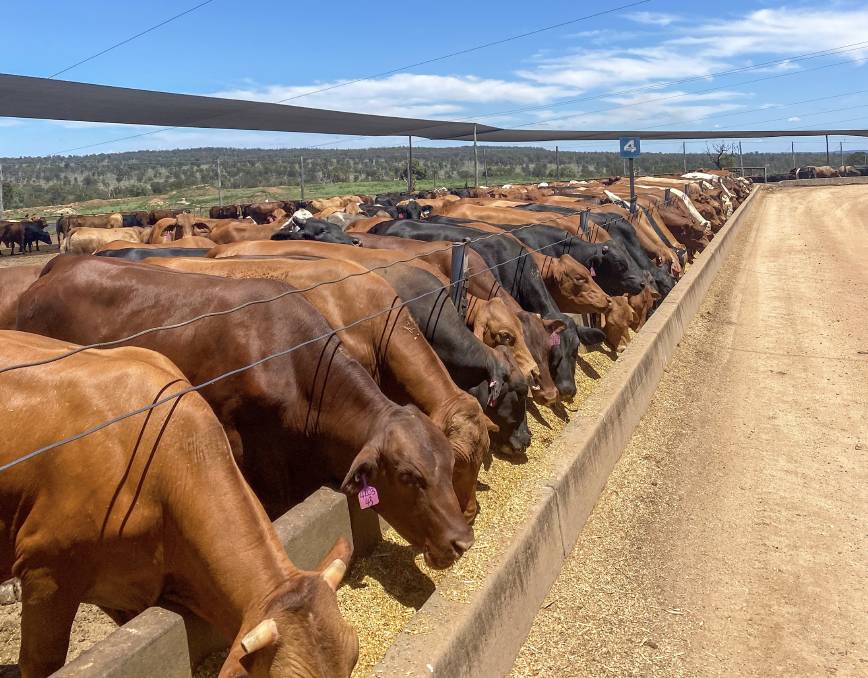 Still, it was the belief in the integral role lotfeeding could play in consistently delivering high quality Australian beef to the world - and the optimism that demand for that product would only grow - that inspired Smithfield's owners back then, and now.

The very first Smithfield client was the Briggs family from Mt Perry who placed 120 head on feed. By 2012, the Proston feedlot had reached its current 18,500 head on feed.

But there were tough times in between to endure.

The beef price crash of 1990 left, at one point, just six head on feed.

A second massive downturn in the mid 90s saw grain-fed prices plummet. Sandra Shearer-Smith remembers a traumatic phone call from the bank at that time telling her she had to stop writing cheques.

"It was a phone call no business ever wants to receive from their bank manager," she said.

"But through sheer hard work and a little divine intervention, Smithfield came through the crashes on a mission to expand."

In 2016, Sapphire Feedlot joined the operation.

Chief executive officer Andrew Shearer-Smith said purchasing a feedlot close to the NSW border was a strategic decision to give the business a greater supply of southern feeder cattle.

It has grown to today be a state-of-the-art 20,000 head facility that is increasingly involved in research and development. MAGNIFICANT: The winning Wagyu beast in the weight gain phase of this year's Royal Queensland Show Paddock to Palate competition, owned by Wentworth Cattle Company and fed at Sapphire feedlot.

Chief operating officer Jason Shearer-Smith said the value of lotfeeding to the overall Australian beef industry had been cemented and all signs were for growth of the sector.

"It means we are able to produce consistent-quality product 365 days and we are seeing a growing middle class in Asia wanting higher-quality beef," he said.

"Grain-fed programs are improving the quality of Australian beef overall and allowing us, as an industry, to differentiate from the likes of the South American exporters."

The sector also played a critical role in the ongoing prosperity of the producer, he said.

"The latest drought was so extreme and cattle prices tumbled but feedlots were able to continue buying and that stopped the market completely crashing," he said.

Right now, the super hot cattle market is a big challenge for lotfeeders.

"But fortunately through COVID, demand for the end product has continued to be strong. The meat market is rising globally as supply shortages everywhere are felt at the same time as consumer demand grows," Mr Shearer-Smith said.

"That has created a bubble and feedlots have stayed active in this market."

Smithfield has always been agile and that has allowed for the implementation of cutting-edge ways that have constantly boosted cattle performance and productivity.

"We started in self feeding bins and today bunk feeding allows us to feed more fibre in rations, making them more palatable," Mr Shearer-Smith said.

"Our feedlots are 100 per cent shaded, and weather stations calculate out heat load units on cattle.

"A huge amount of research has been done on heat stress and that has taught us the importance of shade and overall continual monitoring of cattle."

But the biggest change, he feels, has been the incorporation of electronic data recording and the National Livestock Identification System into lotfeeding operations.

"That has provided the ability to more accurately put carcase data and paddock data to an individual animal and feed that information back to the breeder to generate genetic gains," Mr Shearer-Smith said.