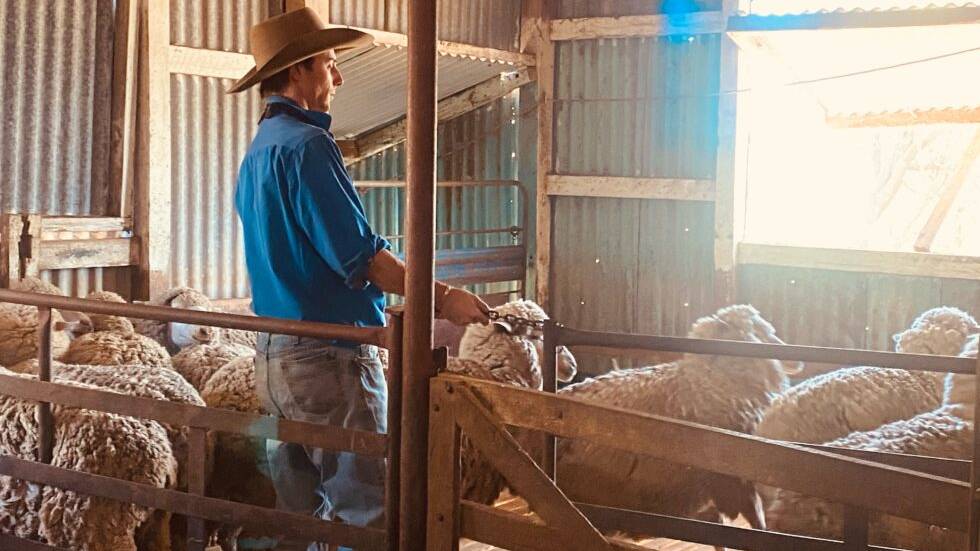 YOUNG JUDGES: 21-year-old Will Hacker, Roselea, Muckadilla, is repreesenting Queensland at the Ekka on August 7-9.

Australia's most talented young judges of Merino sheep will compete for national honours at the Ekka.

THE seven finalists in the prestigious annual national Merino sheep young judges competition have been named.

The competition brings together the best young Merino sheep judges aged from 15 to 25 in each state and New Zealand to compete.

This year's finalists are:

"It's an extremely prestigious event and positions at the nationals are keenly contested," Dr Wilson said.

"These young people are the future of agricultural show competitions which are crucial to the continual improvement of Australia's food and fibre.

"The national competition is a coveted opportunity to grow personally and professionally by practising skills against the cream of the crop."

Agricultural Shows of Australia is the peak body overseeing the 572 agricultural shows in Australia, which attract six million visitors annually and contribute nearly $1 billion to the national economy.

The national competition is held in a different location each year to promote livestock judging, parading and the industry as widely as possible throughout Australia.

This year it will be hosted by Queensland Ag Shows at the Ekka on August 7-9.

"The task of judging is a subjective one, based on selected production systems and changing market conditions," Ms Robertson said.

"It is important that entrants are able to use their skills and articulate their approach.

"Our goal is to expand the knowledge and skills foundations of the entrants, helping them as youthful individuals to develop their careers."

The competition is sponsored by Australian Wool Innovation.

"It needs the best in the brightest to stay interested and involved in this great industry that's why we are so pleased to back the annual Merino sheep young judges competition," Mr Roberts said.

"May the best judge win."

Qualification for the national finals is via success in regional and state competitions.