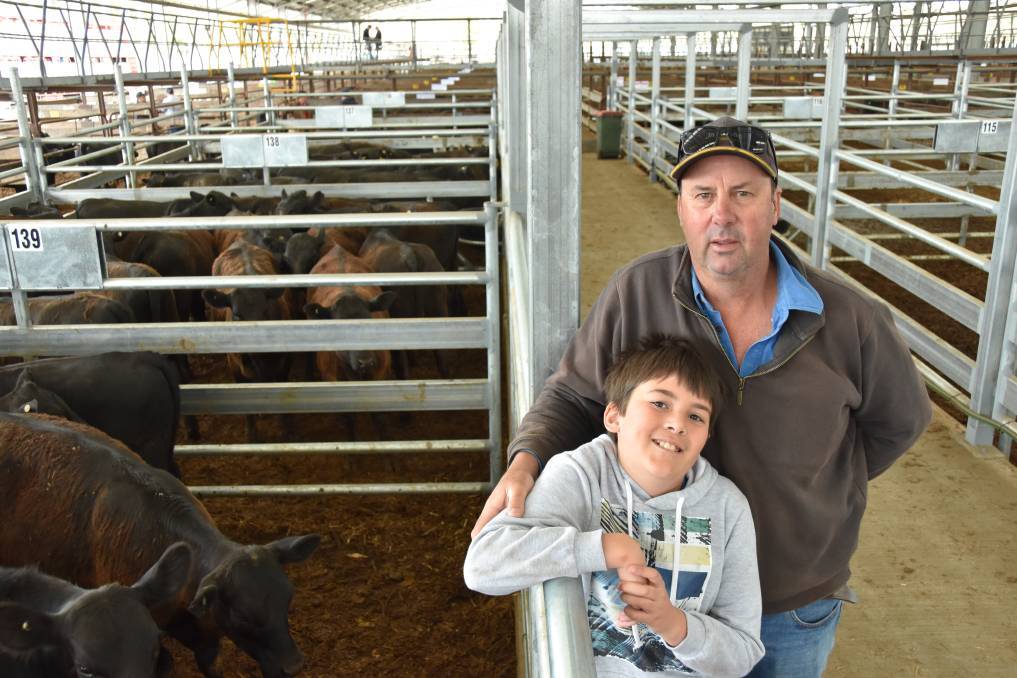 QUALITY STEERS : Graham Johnson, Springbank, Naracoorte, and his son Mitchell, at the opening weaner sale held at Naracoorte in December.

Producing lines of elite females that conceive and rear a highly saleable and productive calf year-after-year is the key plank of Graham Johnson's cattle enterprise.

The fourth generation grazier, who is based at Naracoorte in South Australia with his partner Samantha Limbert, runs a 1600-head Simmental-Hereford and Angus breeding herd and 13,000 first-cross ewes to turn-off prime lambs.

Mr Johnson has carried out a clay spreading program on the light sandy soils for many years.

Coupled with a pasture improvement program that involves incremental sowing of annual and perennial species across the properties each year, this has enabled him to reach optimum stocking rates.

To ensure maximum productivity, there is now a strong focus on sourcing genetics that will improve herd performance - particularly in the female lines - from existing resources.

Mr Johnson splits his cows into a Simmental-Hereford breeder line and an Angus breeder line, each of about 800-head and run on separate properties.

All heifers are mated to Angus bulls for ease of calving during their first reproductive period. Each year there are about 500 heifers and these are joined in late April.

After the first year, cows have traditionally been joined to either Red Simmental or Angus bulls.

But, this year, Mr Johnson is switching-out the Angus and using Black Simmental sires for that half of the cattle enterprise.

All cows are pregnancy tested and those that have not conceived are culled.

Conception rates are consistently about 90 per cent.

"All of our cows need to rear and wean a calf each year," Mr Johnson said.

He has been a long-time client of the Woonallee Simmental stud, which he said had developed arguably the breed's best genetics available in Australia.

"The stud gets some of the best bull sale results in the country, and stock with its bloodlines generally receive top prices in the saleyards for clients," he said.

"The proof is in the pudding, so to speak."

He needed to provide supplementary hay for the five months prior to mid-winter this year due to lack of rainfall and poor seasonal conditions at the start of 2021.

Calves receive two vaccinations, vitamin B12 and a drench in winter and are sold as weaners straight off their mothers in December and January, at about 10-months-old. 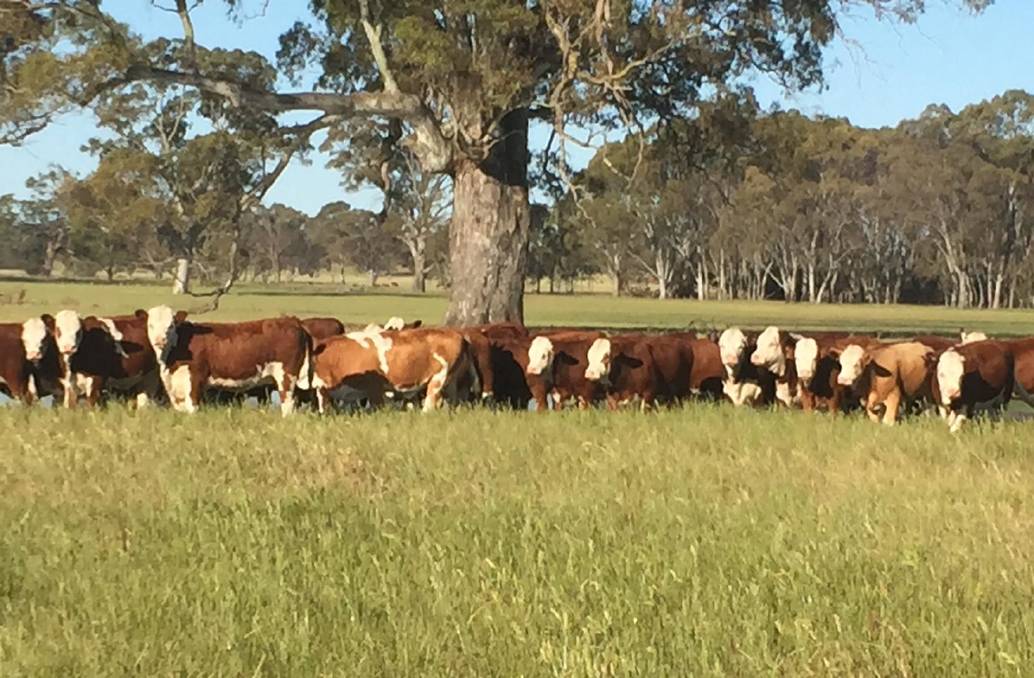 Sale weights average about 370 kilograms and all stock go through the Naracoorte saleyards, where they consistently receive strong competition from mainly repeat buyers.

"Buyers of our stock come back again and again, as they are getting the required performance during finishing," Mr Johnson said.

This year, his top lines received about $2000 per head at the January Naracoorte weaner sale and the average price was about $1800.

"These were the highest prices I have ever received," Mr Johnson said.

"And even if the market now comes back by 20-25 per cent from here, we would still be making good money for our cattle.

"It is a real confidence booster, especially because the season has been quite difficult."

Mr Johnson said continuing improvements in fertility and mothering traits were essential for optimising profit in his cattle production system.

"Because we retain about 75pc of our heifers, we need them to be high performers in the key fertility, milking and mothering traits and breed attributes," he said.

"We also select on temperament, as we want easy to manage cattle that are good do-ers.

"For the Red Simmental herd, we want a dark red colour and a structure that is more meat and less bone."

Mr Johnson said he was switching from using Angus to Black Simmental bulls for the second herd because he believed the breed would provide a higher yielding carcase for his backgrounder buyers.

"Simmental cattle have high growth rates and good carcase meat eating traits and I believe demand for them will only increase in future," he said.

"I have found the calves in our Simmental herd are about 20kg heavier at the same age as those in the Angus herd.

"Using Black Simmental, rather than Angus, bulls will help me to market bigger calves that still met the strong demand for black-coloured cattle with buyers." 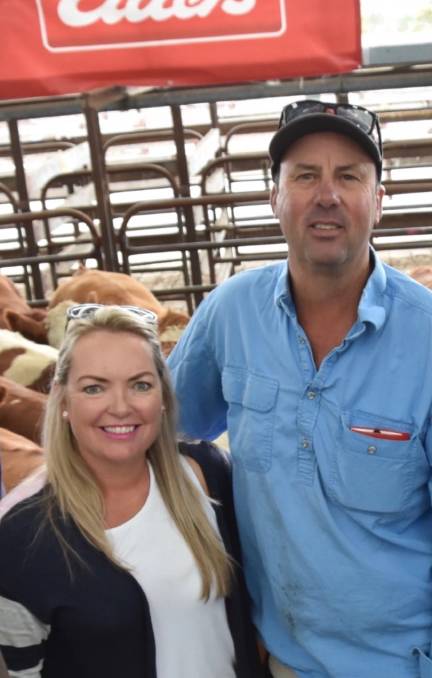 On the ground, Mr Johnson has an ongoing pasture improvement program that includes addressing soil constraints to boost plant growth and productivity and planting new species.

He uses a mix of early, mid and late-maturing clovers and perennial species that include phalaris, fescues and coxfoot.

This strategy is enabling him to achieve calf growth rates of 1-2kg/head at the peak of production in spring.