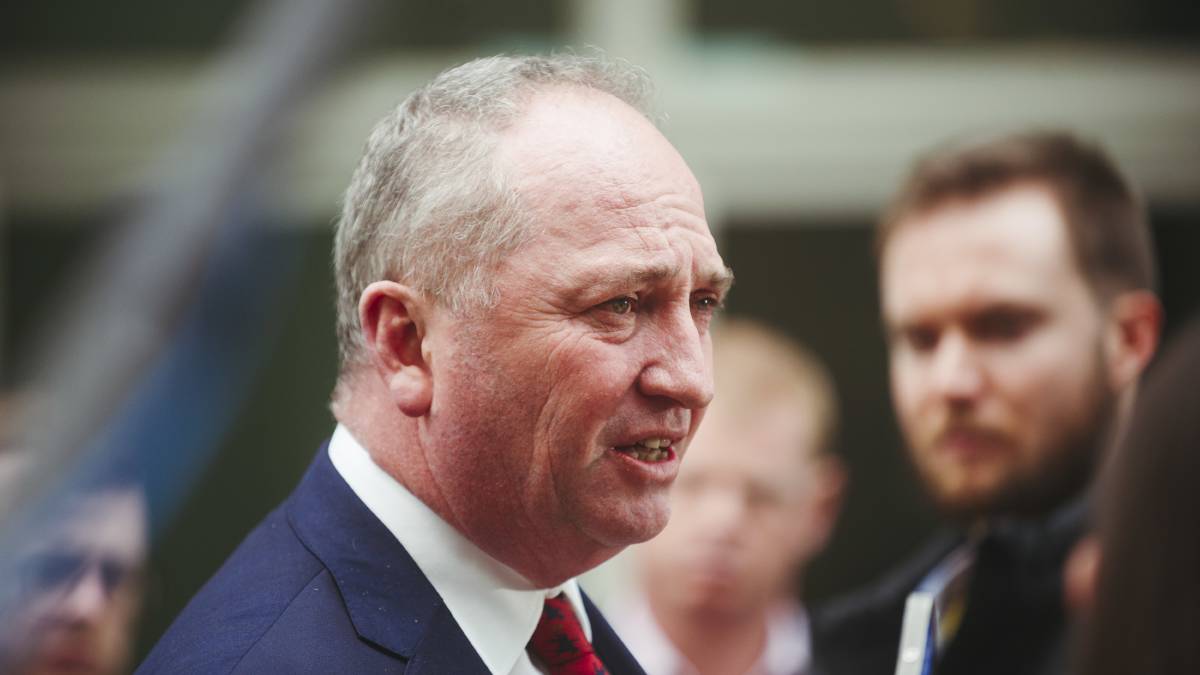 AGAINST THE GRAIN: Nationals leader Barnaby Joyce is reluctant to support at 2050 target, despite many rural voters supporting it. Photo: Dion Georgopoulos

The Nationals are out of touch with their constituents on a 2050 net-zero emission target, new data has revealed.

THE Nationals are out of touch with their constituents on a 2050 net-zero emission target, new data has revealed.

The Australian Community Media survey - which had more than 900 respondents and was pushed across the company's agricultural newspapers - asked readers if they supported a 2050 target.

The Nationals have been reluctant to support the 2050 target, despite the goal being endorsed by dozens of bodies that represent the party's core constituents, including the National Farmers' Federation, Meat & Livestock Association and Mineral Councils of Australia.

When pressed on the issue, Nationals politicians say they want to see the details of any net-zero plan before agreeing to it, even though the party holds several of the portfolios that would be involved in formulating a plan.

Nationals leader and Deputy Prime Minister Barnaby Joyce raised concerns about the impact a 2050 target would have on jobs in the NSW Hunter Valley and central Queensland, the country's two largest coal producing regions.

"I don't buy a house if I don't know what the cost is and what the house looks like. Do you want to buy a house? The question is not that simple."

"One possibility is they've become so beholden to other interests - such as mining and coal - that they've decided that's where the future lies as far as representation is concerned," Prof Warhurst said.

"They may be more interested in mining and coal than the traditional constituents, and changing as a party from a farmer-based party to a coal-based party."

The other possibility, Prof Warhurst said, was the Nationals were so keen to distance themselves from the Liberals to elevate their political brand, they were willingly to be hypocritical.

"They know it's not representative of their constituents but think 'too hell with it', in the short run use it as something to bash Scott Morrison over the head with," he said.

"The NFF, MLA, the pork industry as well as every state and territory have 2050 targets at a minimum," Mr Bowen said.

"This isn't virtue signalling by these organisations, it's about seizing economic opportunity for regional Australia and making sure we're not left behind in a changing global economy."

Mr Bowen said 70pc of Australia's trading partners had committed to net zero and inaction would leave agriculture hanging out to dry, with exporters exposed to carbon penalties.

"Net zero by 2050 is basically an investment signal - to say Australia's regions are open for business for new energy industries like hydrogen, renewables manufacturing and carbon credits," he said.

Although there was a "hard logic" to the Nationals' stance, Prof Warhurst said the party was playing a dangerous game and risked alienating their traditional supporters.

"It's been said before the Nationals are out of touch with rural Australia, particularly the farming community," he said.

Independent MP Helen Haines, who holds the rural Victorian seat of Indi, said it was the duty of all politicians, regardless of their stripes, to represent the views of their constituents.

"If you don't listen to the people who voted for you, you won't be there next time," Ms Haines said.

She's received an "overwhelming" amount of correspondents from constituents - including farmers, young people and those living in bushfire-prone areas - encouraging her to support a 2050 target.

"Regional Australians know there are so many opportunities that come from tackling climate change, and they know they've already had to modify the way they live and work because of its impacts," she said.