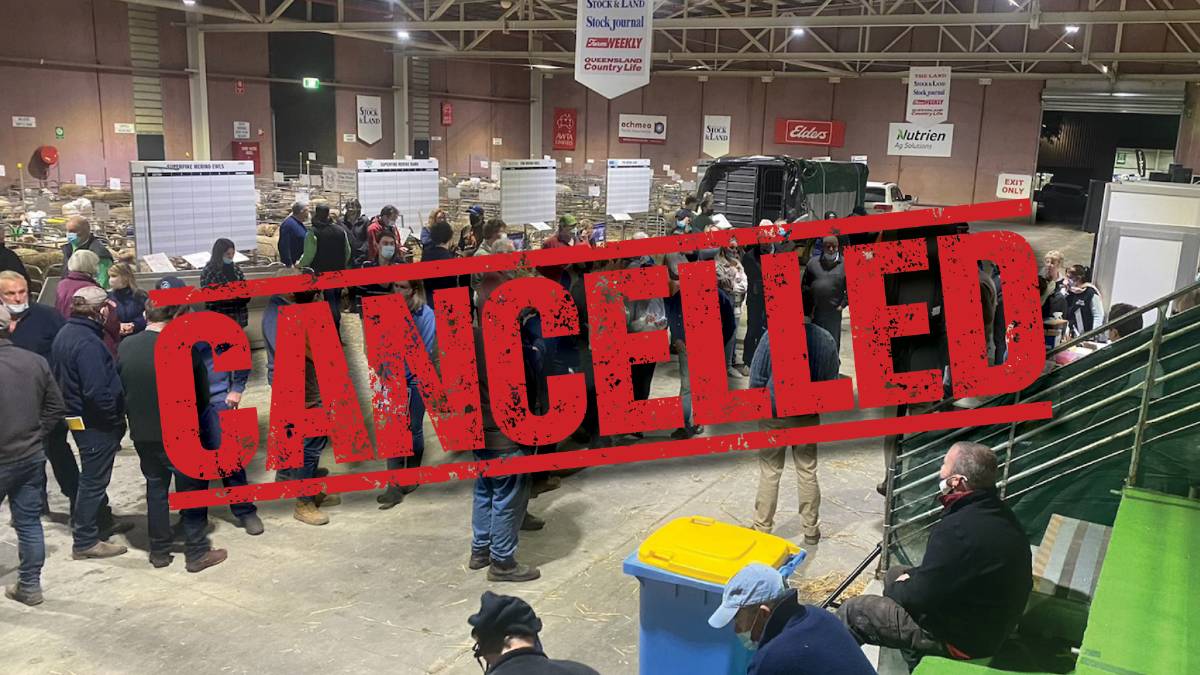 TWICE IN TWO YEARS: Sheep breeders gathered at the Australian Sheep and Wool Show on Thursday afternoon before the event was cancelled.

GALLERY: Breeders share how they felt when the Bendigo event cancelled axed.

Stud principals and event organisers of Australia's premier sheep and wool show have recounted how they felt in the moments after the event was cancelled for a second year in a row last week.

The Australian Sheep and Wool Show was called off just hours before it was supposed to take place, as the state government initially announced a five-day lockdown for Victoria due to growing coronavris cases.

In some instances, sheep breeders from states including Queensland and Tasmania had only arrived at the Prince of Wales Showground hours before they were told the event could not go ahead.

More than 30,000 people were expected to visit the show at Bendigo this year, which injects more than $8 million into central Victoria's economy, organisers of the event said.

The show, run by the Australian Sheep Breeders Association, said between $300,000 to $400,000 had been spent in the lead up to the event; including costs for audio and visual and marquee hire.

"It's not just us who lost money; every hotel lost bookings and restaurants had cancellations so there was an enormous flow-on effect," ASBA chief executive Margot Falconer said.

"We sold nearly double the amount of pre-sale tickets compared to 2019 so we were expecting thousands to attend the show, and then we had the 400-odd stallholders who also missed out."

We asked studs who could not make the event to take a selfie with the sheep they planned to exhibit. 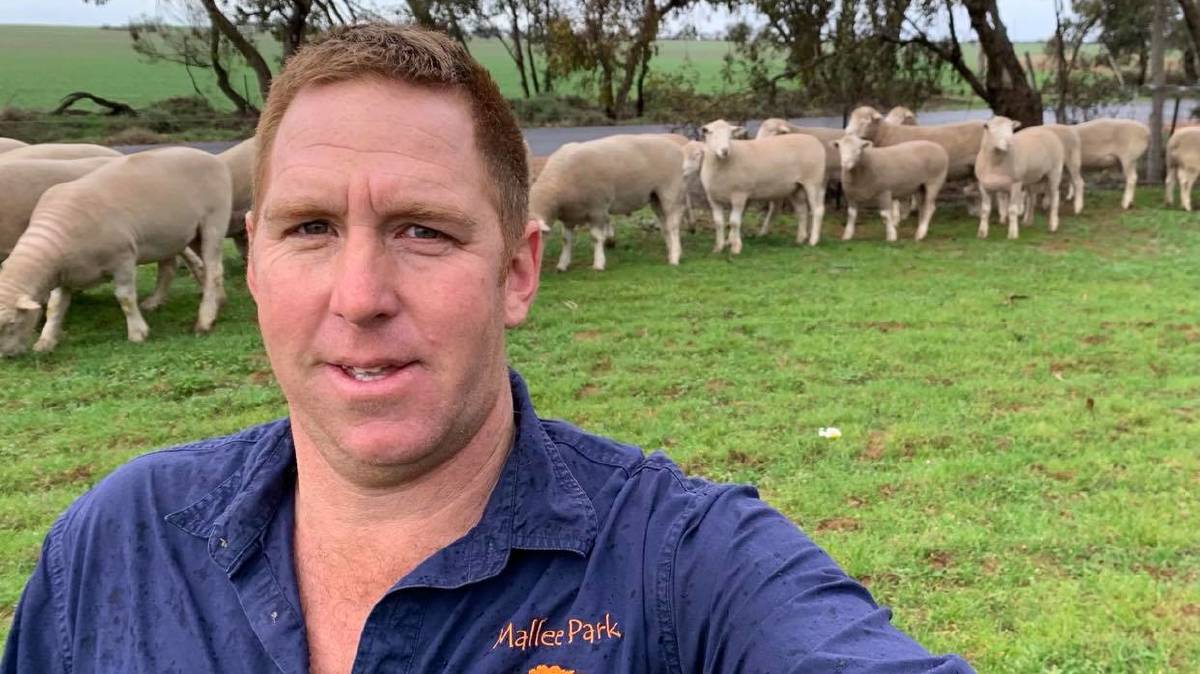 Ms Falconer ruled out rescheduling the event as it often took more than 12 months for sheep breeders to prepare for the event.

She said the committee was considering options on how they could recoup some of the costs, and would definitely seek any form of compensation they could from the state and federal governments.

"Once the announcement was made on Thursday afternoon, I kicked into gear and did what I had to do but I'm not afraid to say I spent all of Sunday crying and I'm still very emotional," she said.

Organisers of the event had appealed to the government to run the event closed to the public, where only exhibitors and judges would be present, however, the idea was knocked back.

"Everyone was allowed to stay and look after their sheep because animal husbandry is important, but judging and stewarding them was not deemed to have fit into a category which would have allowed us to proceed," she said.

"This is the pre-eminent sheep show in Australia, if not the world, so you can't say to a Merino or Corriedale, or Poll Doreset breeder to come back in a few weeks because they spend months preparing for this event."

A Victorian government spokeswoman said the government would "have more to say on events affected by the current lockdown shortly".

Tasmanian breeder Georgie Wallace arrived in Bendigo last Thursday with a team of rams and ewes to showcase at the show, and had only just finished having her sheep classified when the show was cancelled.

The Trefusis Fine Wool Merino stud principal from Ross, Tas, thought she had settled in for the afternoon after unpacking when rumours started to circulate that Victoria was headed for a snap lockdown.

Within two hours, those rumours were confirmed.

"We were all gutted. It's terribly disappointing for the organisers and it's a shame for all the studs that made a big effort to get there," Ms Wallace said.

"When it was cancelled, it was a mad scramble to organise a pass home on the Spirit of Tasmania."

Ms Wallace had to organise an interstate travel pass to allow her back into Tasmania, and also had to book a freight pass to transport the animals on a trailer.

She is now ongoing two weeks of isolation on-farm.

"It's a whole year's worth of planning but it goes beyond that because it's year and years of breeding so it was incredibly disappointing," Ms Wallace said.

"There was an element of risk going, we were all aware of that, but given regional Victoria seemed fairly safe at the time and we thought it was a fairly safe bet."

A mammoth 3300km return trip after show was canned

Queensland Merino breeders Rosemary and Nigel Brumpton had driven 18 hours from Mitchell, Qld, on Wednesday, leaving home at 3am and driving all day before they arrived in Bendigo that night.

The 1650-kilometre trip down through NSW's red zone was short-lived when less than 24 hours later the show was cancelled.

"We left the preparation to the last minute so we didn't do much with the sheep until the last minute to make sure everything was right," Mr Brumpton, the stud principal of Mount Ascot Merinos, said.

"But it seemed ridiculous the government wouldn't allow the event to go ahead given all the breeders were in the shed together during the classification."

Mr Brumpton is one of several sheep breeders Stock & Land has spoken to who criticised the state government's decision to not allow the event to go ahead in the event it was closed to the public.

"We brought down 10 rams and ewes and to be informed like that with no warning wasn't that fair, especially considering we expected that if a lockdown went ahead, only Melbourne would be included."

Kangaroo Island, SA, Polwarth breeder Jared McArdle is also spending two weeks in isolation after he and his family were delayed from returning to the island due to rough weather.

The family, who run Taljar Polwarth stud, arrived at Bendigo last Tuesday with a dozen rams and ewes and said they were bitterly disappointed when the show was cancelled.

The KI family estimates it cost them about $6000 to prepare their sheep for show.

"We hesitated in the week leading up with what was happening in Sydney but we went ahead and made the trip over to support the show and other breeders," Mr McArdle said.

"When the show was eventually cancelled, we had to remain in Bendigo until Saturday because 150-kilometre an hour winds forced the closure of the boat to KI.

"It was very frustrating to be in our rooms when our sheep should have been getting judged."

Border Leicesters miss out on feature breed for second year

Moyston Border Leicester and Poll Dorset breeder David Jackson said he was not "crook" with anyone when the show was cancelled.

The Border Leicester breed was supposed to headline the show in 2021, after it missed out on the opportunity last year when the show was cancelled for the same reason.

Mr Jackson and his farm run the Jackson Farming stud west of Ararat and had planned to exhibit 14 Border Leicesters during the show.

"It was in the back of our minds that the show might not go ahead and that's just the way it is," Mr Jackson said.

"It doesn't matter what walk of life you're in at the moment because everyone is having a hard time."

For the Grieve family of Clarkes Hill and Cotswold, the cancellation of the show was a sad day for the heritage breeds of the show.

Robert and Judith and daughters Caitlin and Eleanor are heavily involved in showing, organising and marshalling.

This year Caitlin was to be associate judge of the Poll Dorsets with Robert the senior judge while Eleanor was to be a steward for the Border Leicesters.

"We had four ewes and three rams to show. But I never got them unloaded," Mr Grieve said.

He said the ASWS was an important venue for showing the heritage breeds and show they still existed.

"It's important to have all the breeds there to be gathered and out there."

He said he was disappointed by the cancellation and the requirement to complete 14 days of quarantine in Tasmania.

"I took sheep to try to promote the breed and compare them to other people's," he said.

"We will be a lot more cautious about committing next year - it almost has to be guaranteed."