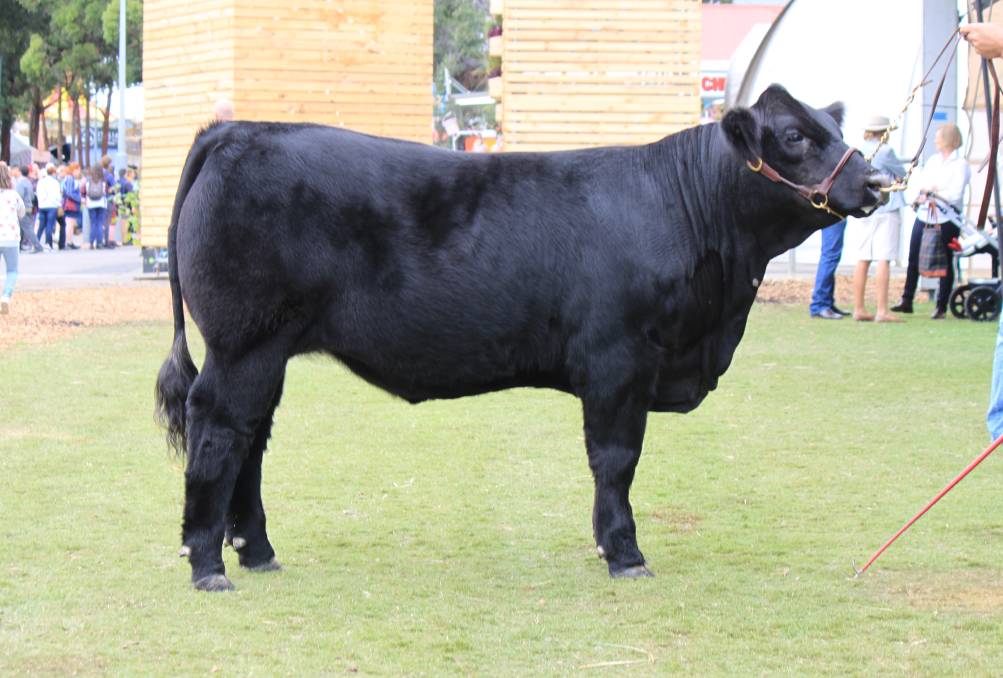 There has never been a bigger incentive for Australian producers to show commercial Simmental cattle.

There has never been a bigger incentive for Australian producers to show commercial Simmental cattle than what is on offer at next year's Sydney Royal Show.

A total prize pool of $100,000 will be on offer across various open, school and trade steer sections at the 2021 event, where Simmentals will also be the feature breed of the show.

"Simmentals haven't been the feature breed at Sydney Show for a long time, we want to make a bit of a spectacle of it," he said.

"It will be quite hard to win, but it will create a bit of limelight.

"We will also host a gala dinner with an auction.

"We have commissioned some artwork and handmade belt buckles, and organised some entertainment, including Merrick Watts who will perform a comedic show.

"We hope the event will unite Simmental breeders."

Mr Moeck purchased his first Simmental cow when he was 12-years-old and he has been breeding purebred Simmentals for 22 years.

"It's an honour to be in charge of Simmental Australia, particularly given it is the 50th anniversary of the breed in Australia," he said.

Mr Moeck believes producers are becoming savvier when it comes to their breeding objectives.

"Straight-bred cattle have their purpose, but from a commercial point of view, you can't ignore the 15 per cent increase you get for not doing anything else but crossbreeding.

"The biggest performance increase for the Simmental is the fact we have been breeding the right type of cattle for the last five to 10 years - that has really changed the game.

"People have moved away from the old-fashioned type to a more modern, softer type, we are probably the softest European breed with the most maternal aspects.

"We base our business around it, having leading maternal cows, that's where we drive our own breeding program.

"We believe their maternal aspects are right up there with the best of them."

Currently, there are 230 registered Simmental breeders in Australia and more than 8000 animals recorded each year on the database.

"The breed society is growing and Simmentals have grown by 11pc on the Australian registry," Mr Moeck said.

"Memberships are steadily increasing all the time."

Jason Impey of Mala-Daki Simmentals south of Tamworth, hopes to enter several steers in the competitions.

"I think it will help showcase the carcase side of the Simmental breed," he said.

"Simmentals do exceptionally well when they are shown."

Mr Impey said the prize money will be an enormous drawcard for exhibitors.

"The money that we are putting up is by far the biggest incentive anyone should need to want to show a Simmental steer," he said.

"We need some good steers there, it's not just about numbers, we want quality."