This farmer has shot 75 foxes since investing in new equipment. 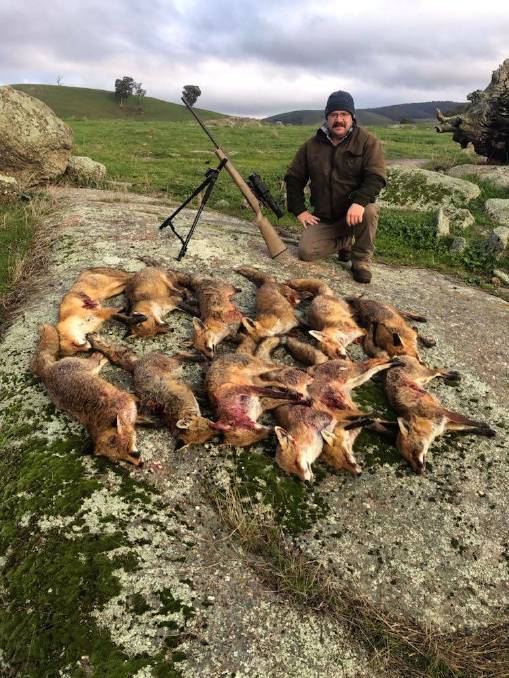 High-powered thermal imaging technology is being used to control high populations of foxes in the Goulburn Valley, with one farmer describing it as "game-changing".

Mr Storer oversees the prime lamb, Merino and Angus operation and believes thermal imaging is the most effective way to control foxes.

"If you're driving around with a spotlight, foxes know what's going on and will stay away," Mr Storer said.

"We were losing about 40 lambs a year, and since using thermal imaging, we would have cut that number back to about 10 lambs."

Mr Storer said he was introduced to the thermal imaging technology about a year ago by Procull, and since purchasing the equipment, he says he has not looked back.

The technology detects heat given off by foxes, making it easier to covertly locate and shoot them.

"We had problems with one fox in particular and when you would go out to spotlight, he would just run like anything," he said.

"He was killing for fun by puncturing the necks of lambs and ended up killing about a dozen or so until we used the thermal image."

The cost of the technology, which includes a scope mounted to a .223 Remington along with thermal monoculars, was about $12,500.

Mr Storer said it would take some time to recoup the costs of the equipment, but believes the benefits will be long-lasting.

"It will probably take about 1200 foxes to reclaim the cost because fox scalps are $10 each but by saving lambs it will pay for itself anyway," Mr Storer said.

In 12 months, Mr Storer said he had shot 75 foxes on the property, including 12 in one night earlier this month.

"I went out the following week and got another five so that was 17 in less than a week," he said.

"Using the thermal imaging has also helped me understand foxes' behaviour because you can watch them in their natural habitat which is interesting.

"I have shot a few which were sleeping just to the side of the ewes ready to lamb so it shows you how cunning they are and that they know there is a feed coming."

Foxes were introduced to Australia for hunting in the 1850s, Agriculture Victoria says, but less than 20 years after their introduction they were declared a pest in Victoria.

It's believed the economic impact for foxes on the livestock industry is far greater, costing farmers an estimated $17.5 million as a result of sheep losses per annum.

At Mansfield and Alexandra, a Meat & Livestock Australia-funded producer demonstration trial is underway, using baits and the Feral Scan App to record how often pest baits were being consumed.

Project coordinator Matthew Mahoney, Agridome Consultancy, said the project started two months out from the lambing season in an attempt to reduce the threats of foxes on the ground.

"We've got farmers in the group who have problems with not only foxes but dogs as well and they've found the thermal scopes extremely useful in controlling those numbers," Mr Mahoney said.

The story Foxes step into the line of fire as thermal imaging helps farmers first appeared on Stock & Land.