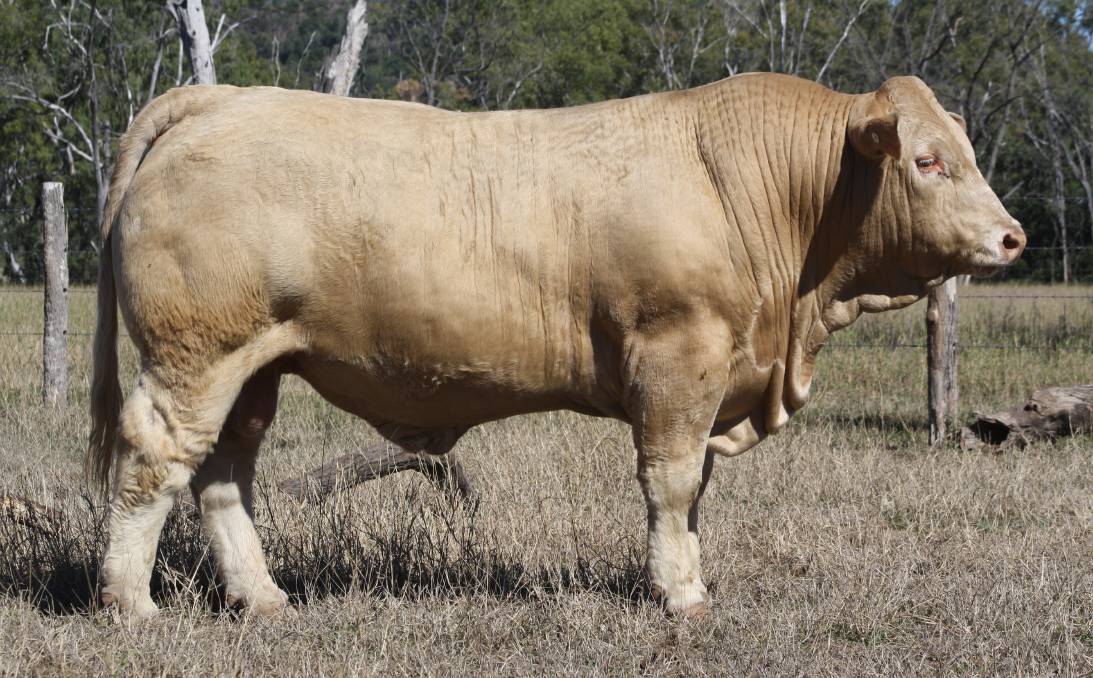 A standout bull in the Clare Charolais draft is the Red Factor bull Lot 5.

Vendors for the Eidsvold Charolais Bull Sale will celebrate its 10th anniversary milestone by offering the most consistent draft ever assembled for the sale.

This is advertiser content for the Eidsvold Charolais Bull Sale.

Vendors for the Eidsvold Charolais Bull Sale will celebrate its 10th anniversary milestone by offering the most consistent draft ever assembled for the sale.

Co-vendors Ross and Paula Warren, Elridge Charolais, and Alan and Natalie Goodland, Clare Charolais have chosen an impeccable selection of 60 bulls for the sale, which is taking place at the Eidsvold Selling Complex on Tuesday, September 7 from 12pm.

Mr Warren said the bulls that had been selected are genetically diverse to target various market requirements, while retaining their consistency.

"Both of our families are passionate about breeding Charolais cattle and continually strive to breed bulls that add profit to our clients' bottom line. Through the sale our bulls have sold into the Central Queensland, Burnett and Gympie districts," he said.

"We're offering 35 bulls (Elridge) and Clare will present a draft of 25 bulls.

These bulls have been selected for their functionality and profit driving traits. Good temperament, growth, fat cover, softness and constitution are particularly important commercial focus points for us," Mr Warren said.

Paringa Rio Bravo D213 is represented throughout the Elridge offering.

"There are a few bulls in the catalogue directly sired by D213 and many of our strong cow families go back to this influential sire. He has bred many profitable stud and commercial bulls for us. 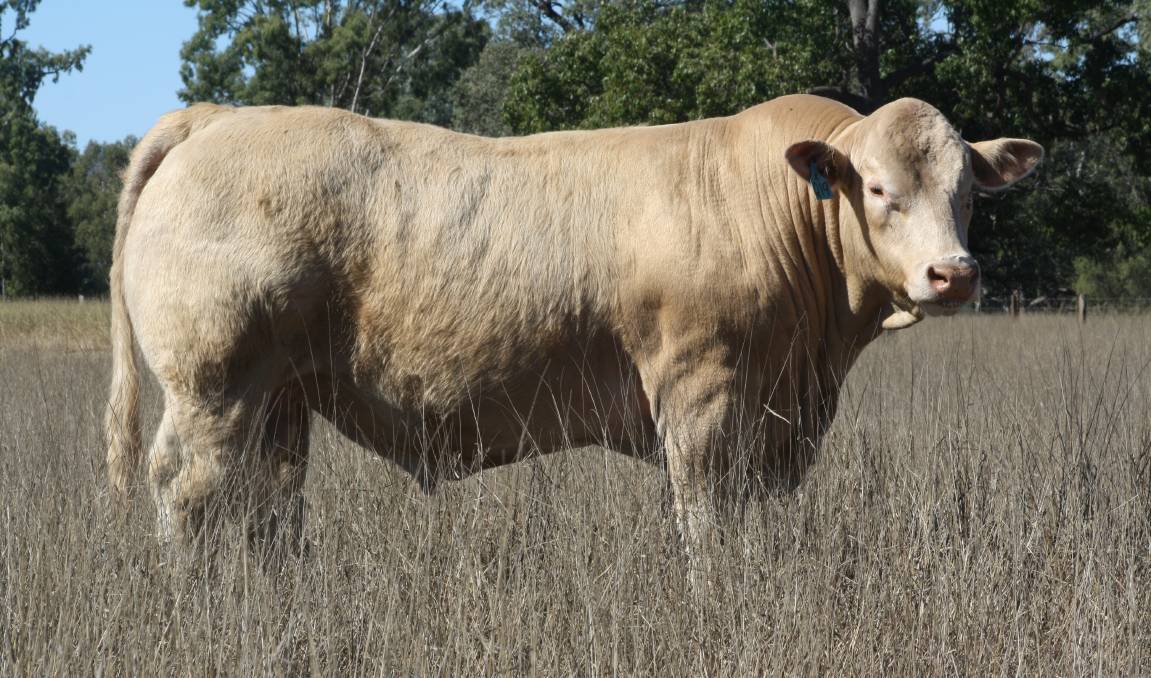 The homozygous polled Red Factor sire prospect Lot 2 from Clare Charolais is well worth inspecting prior to the sale.

"Elridge Lord, sired by D213, is performing stud duties for the Hindle family and we have top shelf sons represented in our 2021 offering. His progeny have great temperaments, moderate birth, explosive growth and tremendous carcase qualities."

A draft of 25 bulls from Clare Charolais are also included in this year's catalogue.

"We feel this year's line has a good range of styles to cover the variety of markets. They all have plenty of muscle and softness which is something we've been focussing on for a number of years now. We feel these traits are getting better and better each year," Natalie Goodland said.

"They're all structurally and reproductively spot on. Fertility is something we focus heavily on with our cows," she said.

Due to weather conditions in 2019, the Clare sale team were all weaned at between three to four months old.

"We're very proud of their doing ability to get to where they are now without any special treatment. We selected our sale team back in April and our main focus was temperament, muscle, structural soundness and softness."

Mrs Goodland said sire prospects from Palgrove How Awesome, Moongool Kartel and Ayr Igloo are included in their draft.

"These sires have worked very well for us and have produced exactly what we're aiming for. This is the last year we will have bulls represented by How Awesome and Kartel. The How Awesome bulls in particular highlight what a great job he has done. They're all polled, really thick and with beautiful silky skin."

Mr Warren said they were humbled by the extraordinary result of last year's sale, in which 55 bulls sold to average $10,188, while reaching a high of $20,000.

"We've continued to invest in superior genetics without losing focus of the primary profit drivers. We're always striving to breed better bulls to satisfy the requirements of our clients, many of which have become great friends."

He said the season has been reasonably good throughout.

"Most have had some good autumn falls with general rain through winter."

While online bidding won't be available for the sale this year, the vendors encouraged those that can't make the sale to contact their preferred agent to operate on their behalf on the day.

Mr Warren said the 2021 sale is a significant milestone for the families involved.

"The support we've received over the years has culminated in this exceptional draft of Charolais bulls being offered. We're looking forward to catching up with our very good clients and friends at this special sale."

This is advertiser content for the Eidsvold Charolais Bull Sale.