People in regional NSW are doing what they can to distract and comfort those in extended lockdowns. 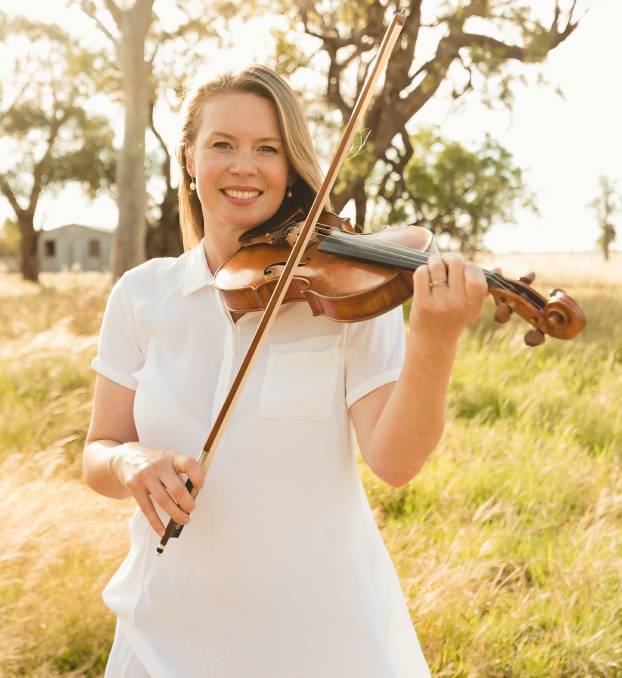 Warren's Frances Wilson posted a performance to the Buy from the Bush Instagram. Photo: Belinda Dimarzio-Bryan, B Creative

The whole of regional NSW joined the rest of the state in lockdown last night.

But during this difficult time, people and organisations across the state are doing their best to distract, comfort and inspire those confined to the walls of their apartments, our most vulnerable and those working on the front line.

Buy from the Bush stormed into the consciousness of city-dwellers during the drought, the online store which promotes regional businesses, putting the bush and its battle at the time, front and centre.

Today, Buy from the Bush founder Grace Brennan said they were doing what they can to reciprocate - using social media to post 'daily doses of the bush,' scenes of wide open spaces or performances of bush poetry.

"With this lockdown, so much of Australia is affected, it feels strange not to acknowledge and send our thoughts to them, given how supportive the city was of us in our time of need," Grace said, speaking earlier this week when parts of NSW still enjoyed a degree of freedom.

"There might not be much pragmatic support we can lend to them from where we are at the moment but at least sending them a distraction might do the trick.

"I'm trying to show that community connection and that people want to help in their own way - even if it's symbolic through a violin piece." Here she is referencing a performance posted to Buy from the Bush's Instagram last week by Warren violinist, music teacher, farmer and mum Frances Wilson.

Frances offered a performance of John Denver's Take Me Home, Country Roads, followed by Pachelbel's Canon - giving a special shout out to people from the country, currently locked down in the city.

"I think art in general, but particularly music, can be a huge source of comfort for people experiencing distress, hardship or loneliness," Frances said, explaining she runs a local music wellbeing program for teenagers.

Frances felt it was important to look outside the idyllic country life and give back to those currently doing it tough in the big smoke - the memories of when country life was far from idyllic still fresh in her mind.

"Victoria is in their sixth lockdown but during the pinnacle of the drought, in late 2019, there was an enormous hay drive that came up from Victoria, to families up here.

"My husband and I were the beneficiaries of some of that hay and the outpouring of support, along with the hay, fuel and food vouchers, was life-saving.

"It was just an encouragement, you didn't feel alone, there were other people out there who had your back. The capital cities did dig deep during the drought and some of that support needs to be reciprocated."

Meals of Wheels stop the spread of loneliness

Other organisations are doing what they can to make sure our most vulnerable are looked after.

Meals on Wheels has been a mainstay in country NSW for 65 years.

Claudia Odello of Meals on Wheels NSW said many people didn't realise that the volunteer-run program not only delivers meals, but also stops loneliness on a daily basis.

However, COVID and the safety protocols that come with it has produced challenges for volunteers, just when elderly people need their company most.

"The stats show that 51 per cent of seniors feel lonely at least once a day, while three quarters of Australians above 70 did not have daily contact with their family during the pandemic," Claudia said.

To combat this Meals on Wheels has recently launched the campaign - Stop the Spread of Loneliness.

They are asking people to write in kind messages to be shared with Meals on Wheels recipients along with their meals - aiming to deliver 20,000 messages.

There have been around 400 shared already, some as simple as "Let the sun warm your day and listen to the birds starting to play".

Meanwhile, branches of the Country Women's Association are doing what they do best - offering practical solutions to problems faced by people in regional NSW, in this case by our health care workers.

The Murwillumbah CWA Evening Branch has begun knitting 'ear savers' for the Murwillumbah hospital staff to ease the discomfort wearing a mask all day can bring.

Branch president Kathie Dwyer said the ear savers have a button on either side and so instead of running the mask's band around your ears you can run it around the back of your head.

"Because we can't do any fundraising with COVID, street stalls or anything like that, we thought we would make as many as possible and donate them to the local hospital," Kathie said.

"We've had one knitting day, I've made half of one because I haven't knitted for 30 years and need to learn how to do it again, but we have one member, recently retired, who's going great guns and has already made a heap of them.

"I think we'll just keep making them because we also have a hospital at Tweed Heads we can donate them to."