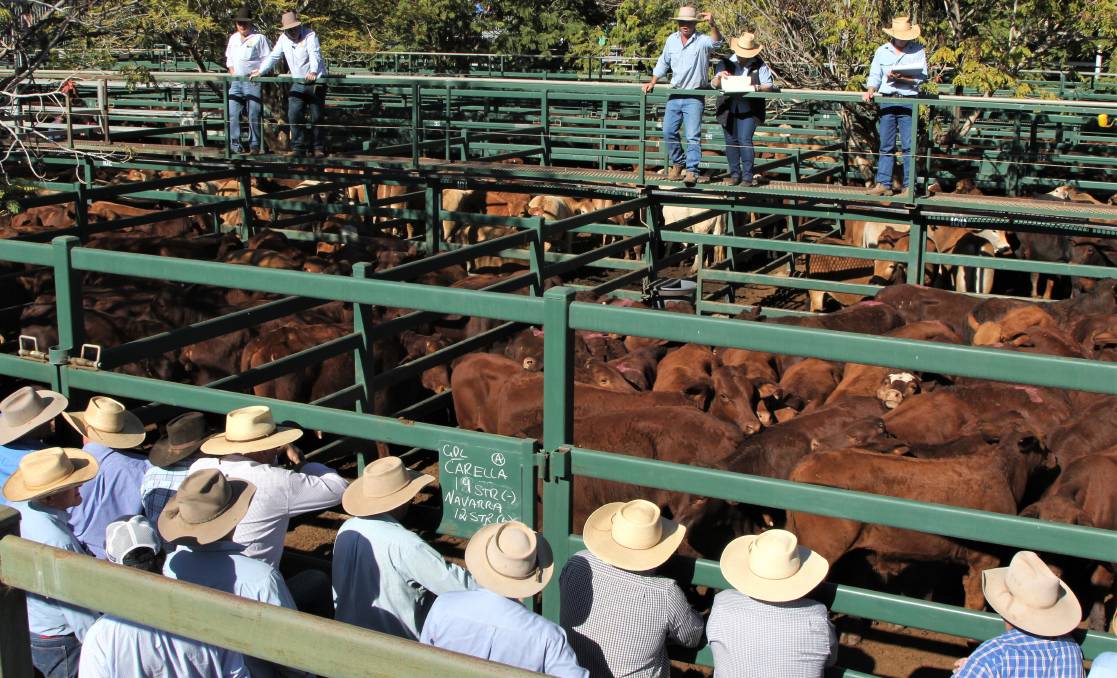 Rain has pushed market to new level . . and there is more rain to come

RAIN, and the sniff of it, has once again sent the young cattle market into record territory as restockers scramble to match mouths with ample feed in paddocks.

The Eastern Young Cattle Indicator has hit a new record twice in the past week, sitting today at 1008.16 cents a kilogram carcase weight, having lifted 7c in the past week.

It reached 1004c on Friday, just above the previous record of 103c set in late July. Through August, it had demonstrated sustained strength, hovering around the 1000c mark.

That was supported by retreating numbers on offer and strong export demand, further boosted by a falling Australian dollar.

Restockers have now lifted their portion of EYCI-eligible takings to 46.75 per cent, an indication the latest uptick is very much rain-fuelled.

Meat & Livestock Australia senior market analyst Stuart Bull said rain had fallen, or was due to fall, across many of the key cattle supply regions.

South eastern parts of the country could receive as much as 50mm by week's end, while Queensland's forecasts are more modest but still what agents described as significant in terms of driving prices up.

There was no doubt restockers were going hard for young cattle, Mr Bull said.

"But the fact we are still seeing other indicators hold very strong, or increase, speaks to continued strength in the cattle market," he said.

The way the market is still setting new records as volumes lifts points to a very high level of confidence in ongoing demand, analysts said.

Thomas Elders Markets points out the female slaughter ratio has lifted, from 45pc in the March quarter to 48pc, indicating the pace of the herd rebuild is stalling somewhat.

Mr Bull said there were still more males being killed than females, which shows there is rebuild sentiment, but the FSR would need it to be much lower to call intense rebuilding.

Upward pressure on prices will remain while ever the herd is in rebuild and demand outstrips supply.

Victorian agent Jack Kelly, J&J Kelly Stock Agency at Warrnambool, said it hadn't so much been this week's rain - already his area has received 15mm in a thunderstorm - that was driving the latest uptick in prices.

More so, it was the fact people had sold calves a lot earlier on account of the strong prices and there was widespread knowledge of a pending tightening of supply, he said.

"We've come through a wet winter and in general and had relatively consistent seasons for some time so cattle numbers haven't dropped off the way they have in other parts," he said.

"Still, prices continue to be at levels we've never before seen, for both young cattle and cows.

"The dollar being back is keeping the export side very robust.

"Australia might have the dearest cattle in the world but we also have the best, so they keep buying."

Queensland agent Matt Pearce, SBB/GDL at Rockhampton, said the same early offloading had occurred across much of Queensland.

Forecast rain in his region this week had the potential to lift the market another 10c, he felt.