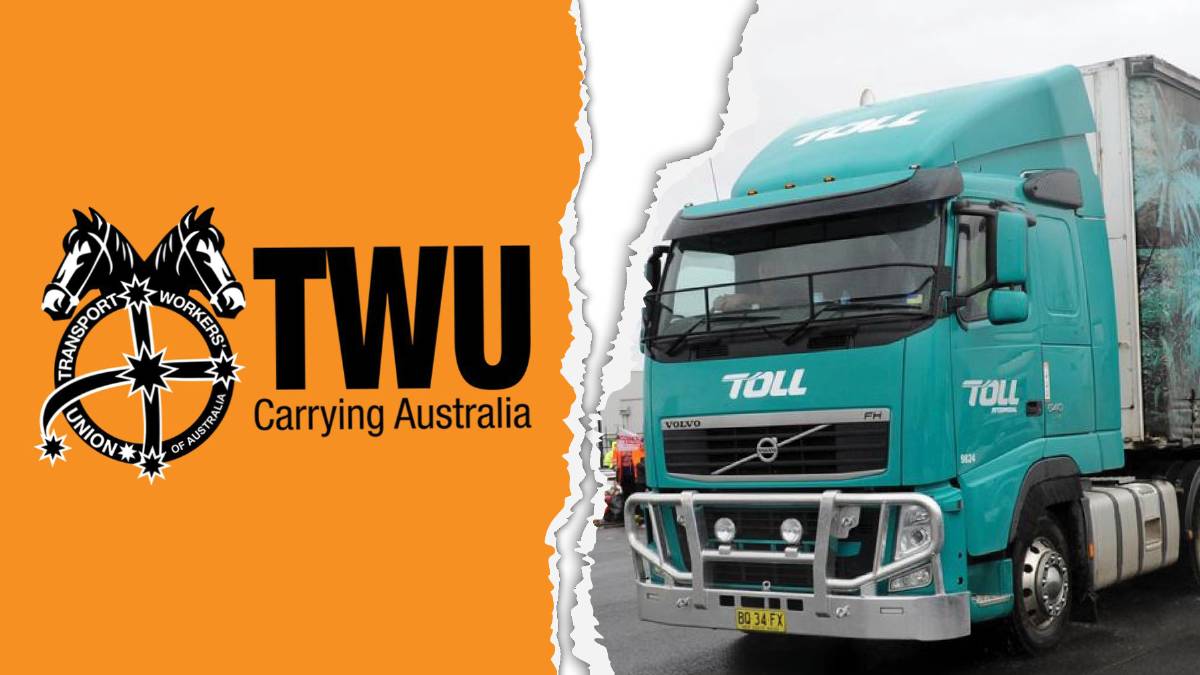 Things have only got worse after a national strike by Toll drivers last week, with peace talks failing and truck drivers headed to another round of possible industrial action.

A bid to end the stand-off between the Transport Workers Union and major freight carrier Toll ended with the division between the sides only deepening.

The parties met earlier this week - but both sides walked out declaring they were no closer to agreement on a new enterprise bargaining agreement.

The TWU said it was inevitable there would be more strike action, such as the protected action taken last week, when thousands of truck drivers went on strike.

It's now feared wage disputes will broaden to other major freight companies such as Linfox.

Toll is one of the major freight operators for fuel, rural supplies and ag products in Australia,

The TWU said in a statement provided to The Land that more strike action would probably follow.

TWU NSW/QLD secretary and lead Toll negotiator Richard Olsen said the meeting with Toll "proved to be futile after Toll refused to back down on its attack on jobs".

"It is very frustrating that negotiations with Toll remain at a standstill because the company still expects workers to sign on to an agreement that would see droves of workers pushed out of their jobs," he said.

"The company can gush all it likes about pay, workers cannot make it any clearer that pay is irrelevant if your job is not secure.

"This has gone on long enough, workers want to sign a fair deal and move on, but they cannot sign away their livelihoods," he said.

Toll Group countered with a strong statement accusing the TWU of falsely claiming that 7000 truck drivers joined last Friday's strike. It said only 2300 employees took part in the industrial action, according to its payroll data.

Toll Group said it was "urging the TWU to reconsider their position and make a deal that benefits Toll employees".

Alan Beacham, Divisional President, Toll Group, said it appeared the TWU were not being honest in negotiations and were using the dispute as a lever against other freight companies. Mr Beacham was aware that strike action was being planned against those companies.

He said the conditions offered by Toll were better than for most other freight drivers and there was no move to casualise the existing workfroce or to hurt the core number of drivers in the company.

"We know the union is planning industrial action against our competitors over the coming weeks," he said. "We are concerned the reason they are refusing to do a deal with Toll is so they can use us as leverage against those competitors. 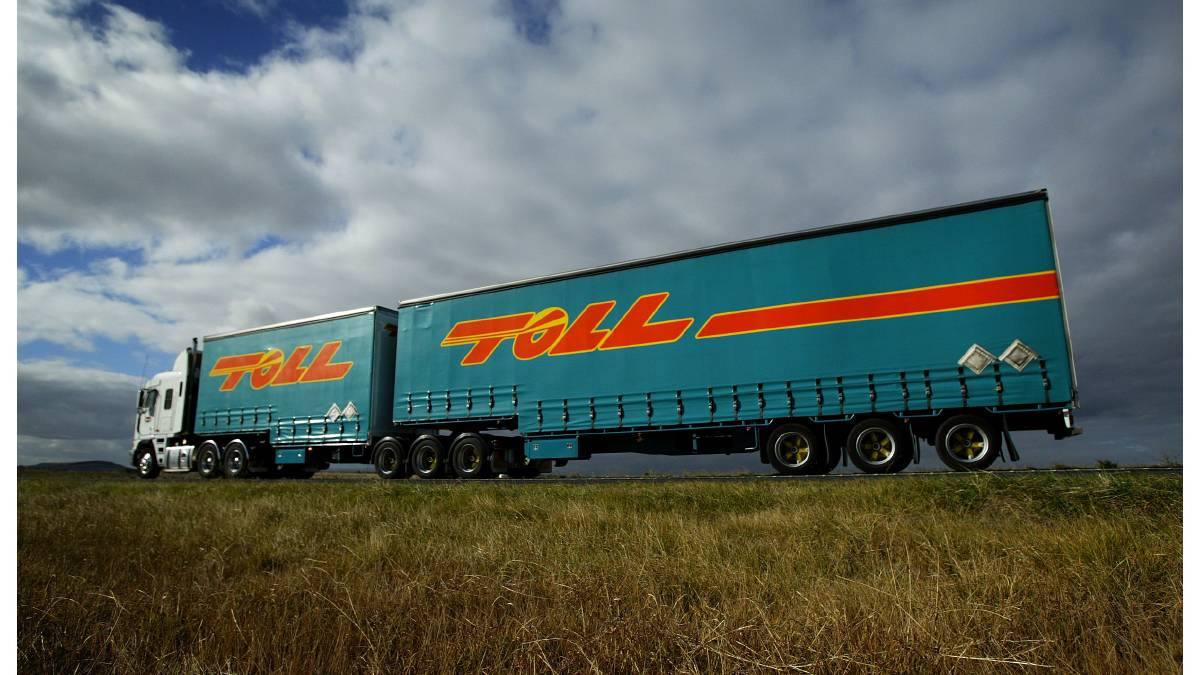 "Industry-wide campaigning is all well and good, but it only hurts Toll employees. The union should stop using Toll to advance their industry campaign, and agree on a deal with us so our employees can get the pay rise and better conditions they deserve.

"Instead of attacking Toll at the top of the sector, why aren't the TWU going after the bottom of the sector to raise the standards there? That is where real change needs to take place. Many of Toll's competitors have deals to which the TWU is a party at lower rates of pay and less favourable terms for their employees.

"It is unfortunate the union is making our workers' jobs less secure. If they really cared about the job security of Toll employees they would focus on agreeing on a fair and equitable deal for both our employees and the company."

Mr Beacham said the meeting, despite what the union had said, was positive.

"Despite a very positive meeting on August 31, the union is still refusing to agree to a reasonable outcome with Toll that will benefit our employees.

"Payroll data shows approximately 2,300 of our employees, nowhere near the 7,000 claimed by the union, took industrial action last week. This low number reassures us we're on the right track and that our offer is a fair and reasonable one. We're really pleased Toll employees recognise they are already amongst the best paid and protected in the industry. Our team have the best superannuation guarantee (14.75%) and our safety record is the best in the sector.

"At the end of the day, the company's offer improves the current terms and conditions, despite union claims to the contrary."

"We have also improved our employees' terms and conditions by offering:

"Toll has no plans, or any desire, to increase our use of casuals or contractors. In fact, over the last three years Toll has reduced our use of casuals by over 30% and use of fleet operators (contractors) by another 30%. Toll's volumes do move up and down in any given week or month, and also seasonally, especially during peak and post peak periods around Christmas.

"As such Toll needs the flexibility to move its workforce numbers up and down to match capacity to demand (and the TWU acknowledges this). It is this flexibility that in fact gives job security to the core permanent workforce. Any union claims to the contrary are simply untrue and we reject them outright. Toll employees have the best pay, conditions and job security in the entire industry. We pay well and treat our workers well because that's how we differentiate ourselves against our competitors."

Sponsored by
Dairy farmers are being encouraged to up-skill.
Test
Victoria Beckham launches new end-to-end traceable collection of knitwear which traces back to five Australian woolproducers.
Test
Cressida Cains was announced runner-up in the nationwide 2020 AgriFutures Rural Women's Award on Wednesday.
Test
Under its statutory funding agreement, AWI is required to retain a level of funds as reserves to cover contracts and projects it has committed to.
Test
Another week and another big sale result in the Wimmera with $6200 an acre paid at auction for cropping country today.
Test
Retail beef prices creep up, but will consumers turn away?
Test
A taskforce will investigate why banks are shutting down country branches.
Test
The outcome of Fonterra's potential sale could be seen as an indicator of the level of confidence in the Australian dairy industry, according to ANZ's latest Agri Commodity Report.
Test