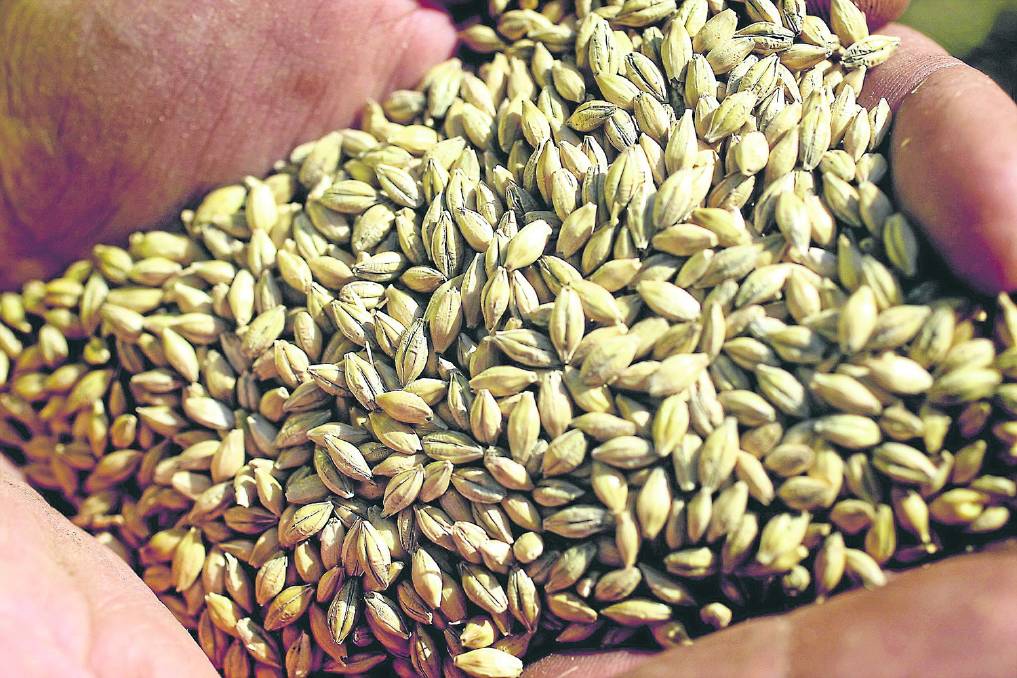 Global wheat production for the 2021-22 marketing year is estimated to be 780. 3 million tonnes, which is slightly elevated from August predictions.

The United States Department of Agriculture (USDA) updated its global supply and demand estimates last Friday and the knife that was wielded on wheat production forecasts in August returned to its scabbard - for the time being.

It appears most of the ambiguity around worldwide wheat production in the 2021-22 season is now in the rear-view mirror, as output has rebounded slightly compared to last month's report from the department.

This is 3.4 million tonnes higher than the August prediction.

Production among the world's major exporters was estimated by the USDA to be 0.4 million tonnes higher than last month's forecast - at 319 million tonnes.

The USDA couldn't quite grasp an Australian wheat crop as high as the Australian Bureau of Agriculture and Resource Economics and Sciences (ABARES) suggested in its latest crop report.

The USDA came in at 31.5 million tonnes for Australia.

Maybe it was the uncharacteristic 4.8 million tonnes hike in the ABARES forecast, compared to June, that spooked the USDA's "number crunchers".

One Australian figure that the USDA consistently underestimates is domestic demand.

Milling demand is rising, cattle on feed numbers have not dropped below one million head all year - despite forecasts to the contrary - and demand from the poultry sector is quite robust.

This put the USDA in line with the first forecast from Statistics Canada of 22.9 million tonnes.

Export projections have taken a hiding due to the drought, and another 0.5 million tonnes has been shaved off the August estimate to land on 17 million tonnes last week.

The big change to the Canadian balance sheet was a 1.9 million tonnes hike in 2021-22 opening stocks after Statistics Canada reported higher than expected levels.

Some very welcome rains have fallen across much of Argentina's winter crop area in recent weeks, stabilising the production outlook after a dry winter threatened crop prospects.

That compares to the Buenos Aires Grain Exchange forecast of 19 million tonnes and the Rosario Grains Exchange's predicted 20.5 million tonnes.

On the European continent, Russian production was unchanged by the USDA at 72.5 million tonnes - as was Ukraine at 33 million tonnes.

But this is well short of the 6.8 million tonnes sold in 2012-13, which was India's biggest export year.

It was interesting to see India pop up with a sale to the Philippines last week, and the trade will be curious to see if they feature again in the coming months.

Among the major importers, the only mover was China.

The excess of demand over supply is made up of 10 million tonnes of imports, unchanged month-on-month, and a decrease in the projected carry-out.

The other eagerly awaited numbers from last week's USDA WASDE report were the row crop projections for the coming United States harvest.

The more important corn number was the planted area, which was up only 243,000ha to 37.76 million hectares - against market expectations of about double that number.

The other change of note for the US corn balance sheet - and quite a surprise to the market - was a 1.9 million tonne hike in 2021-22 exports.

The USDA also added 4 million tonnes to the carry-in number after dropping 2020-21 domestic consumption by the same amount.

Add the lack of engagement between China and US exporters, and there is starting to be slight downward pressure on the Chinese import number. This was left unchanged at 26 million tonnes.

On the soybean front, the US yield forecast exceeded market expectations.

But much of the yield increase was negated by a 162,000ha reduction in the planted area - to 35.3 million hectares.

Consequently, US production and exports increased by 1 million tonnes, basically accounting for the entire change in the global output and trade forecasts for the 2021-22 season.

One interesting change by the USDA was a hike in Chinese imports for the 2020-21 season - to 99 million tonnes.

This was apparently a reaction to some higher than expected August import data from Chinese customs.

No change was made to domestic crush or feed consumption. So, it all ended up in the carry-out column.

With production, imports and domestic consumption unchanged in the 2021-22 season, the 2 million tonne tweak has been carried all the way through to 2021-22 carry-out.

This was a sharp contrast to the fireworks that followed last month's iteration from the department.

The neutral tone triggered some profit-taking, especially in wheat - which touched a seven-week low in futures trade.

Despite the rally in corn and soybeans post-report, the three major commodities all finished down for the week.

It seems the market will tread water for now as it searches for the next game-changing story.