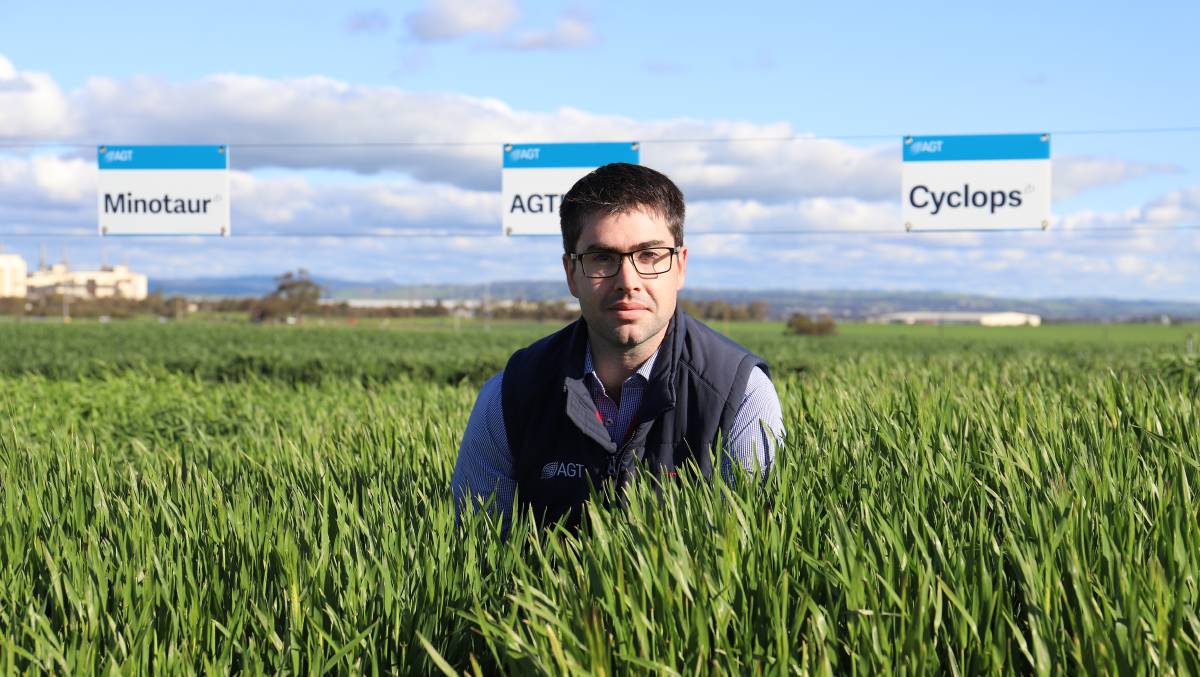 AGT barley breeder Paul Telfer is excited about the three new varieties his business is set to release.

GRAIN breeder Australian Grain Technologies have beefed up their barley portfolio with the release of two new varieties.

AGT has traditionally had a strong presence in wheat but launched a barley breeding program in 2014 and released its first barley variety, Beast, last year.

This year it has confirmed commercial releases for its Cyclops and Minotaur and Yeti cultivars.

"We started breeding barley in 2014 so it is very satisfying to be releasing these varieties following many years of successful trials," he says.

Throughout its field evaluation, Cyclops revealed itself to be the highest yielding barley variety in western and southern Australia, while Minotaur demonstrated a good yield advantage over comparable varieties.

The two varieties will have different fits, with Cyclops suited to medium rainfall zones and Minotaur better in the higher rainfall, higher yielding parts of the cropping belt.

"We view Cyclops as an 'all-rounder', performing exceptionally well in medium rainfall, medium yield potential environments, where it has set a new yield benchmark for the majority of Australia," Dr Telfer said.

"It also has a physical grain quality and disease resistance package that compares well with most other varieties on the market," he said.

Dr Telfer said unlike other barley lines developed for Australia's high rainfall zones, Minotaur was made up of Australian, not European, genetics.

He said the variety had shown good promise in both kind seasons and tougher finishes.

As a result, its high yield potential is enhanced by reduced losses during windy conditions before harvest.

Minotaur provides the option of a mid-slow maturity that is slightly slower than popular HRZ variety RGT Planet.

The variety grows to a relatively compact plant type with moderate lodging resistance. It also has better resistance to net form and spot form net blotch in some environments.

The third new line is Yeti, designed to be grown in the northern cropping zone.

Yeti, closely related to the popular Compass cultivar, has performed well in the National Variety Trials.

"Cyclops and Minotaur join Beast, which was released last year and performs exceedingly well under challenging conditions, plus Yeti which has demonstrated unrivalled yields in northern regions," he said.

All four AGT barley varieties have entered the Barley Australia malt accreditation program, but are still currently deliverable as feed.

Cyclops, Yeti and Minotaur are available through AGT affiliates and local retailers for 2022 sowing.