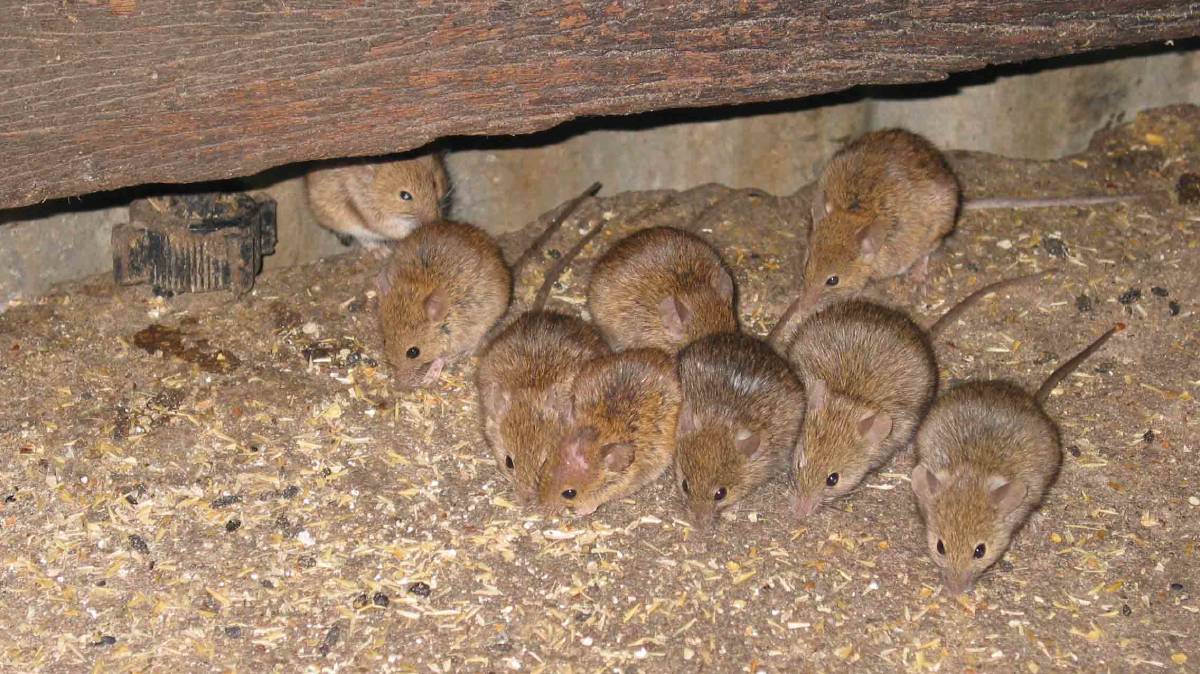 CSIRO's research has been conducted in response to concerns from farmers about the effectiveness of zinc phosphide and researchers set out to find a bait substrate that was more attractive to mice. Picture: Peter Brown, CSIRO

Three research papers are being prepared and are expected to be peer reviewed and submitted to scientific journals over the next two months.

CSIRO researchers are at the forefront of trials to arm Australian farmers and bait suppliers with new information about the efficacy of mouse baits.

Three research papers are being prepared and are expected to be peer reviewed and submitted to scientific journals over the next two months.

Severe mouse plagues in Australian cropping zones has led to some of this data being released earlier, according to CSIRO research officer Steve Henry.

"Normally what we would do is we would publish all of our data in scientific literature; to get it published it needs to be peer reviewed," Mr Henry said.

"In this situation, because mouse numbers were rising so dramatically, we thought we had a responsibility to communicate the findings of our research before we had it published in scientific literature."

Mr Henry said they sought out and met with bait producers, Grain Producers Australia, the Australian Pesticides and Veterinary Medicines Authority, and the Grains Research and Development Corporation to share the results of their laboratory study.

As a result of the findings, GPA went on to form an agreement with bait producers and an application was submitted to the APVMA for an emergency use permit to produce mouse bait with zinc phosphide at a higher dose of 50g/kg.

The APVMA granted the permit in April and it is valid until October 31, 2022.

Zinc phosphide is the active chemical in baits like the widely-used product Mouseoff at 25g/kg.

In response to demand from farmers, ACTA has made and supplied several hundred tonnes of Mouseoff at the increased active chemical rate.

However, Dr Staples has cautioned it may not be needed in most cases.

"We are not opposed to having this available, but we are just not sure that it is always appropriate to increase chemical usage if the higher dosage does not do a better job," Dr Staples said.

Mr Henry said the new research had been conducted in response to concerns from farmers about the effectiveness of zinc phosphide and they set out to find a bait substrate that was more attractive to mice.

He said they had used the oral gavage technique to put doses of the toxin directly into the stomach of the mouse.

This technique allows researchers to be 100 per cent sure of the doses that have been administered.

"The way you do it for zinc phosphide is doses are suspended in vegetable oil and put directly into the stomach of the mice," he said.

"The study showed that mice were less sensitive to zinc phosphide than was reported in the work that was done in the USA in 1980s."

Mr Henry said the same method was used for the 1980s research and it was his understanding this study was the basis baiting companies had used to calculate doses.

Once the APVMA granted the emergency use permit for doses at 50g/kg, CSIRO was able to conduct a field study.

The study showed that mice were less sensitive to zinc phosphide than was reported in the work that was done in the USA in 1980s. - Steve Henry

"Until that permit was issued, we weren't able to do a field study of the magnitude needed to assess efficacy in the field," Mr Henry said.

"We then went to Parkes, NSW, and trialled the 50g and 25g/kg in a field scenario with baits that were manufactured by a commercial bait manufacturer.

"We had individual grains from each batch used tested by an independent analytical laboratory.

"The results of that work showed that greater than 75pc of the time, you would kill between 80 to 90pc of the mice using the 50g bait."

"With the 25g bait, sometimes you would get an effective knockdown and others you wouldn't," he said. According to Dr Staples, ACTA's experience and farmer feedback over decades show that registered 25g/kg Mouseoff products also kill more than 90pc of mice within one or two days of application in most rural situations.

"While acknowledging that a small number of farmers do require second or third applications, as allowed on the APVMA approved label, the vast majority of users achieve excellent results after one application with no non-target impact," he said.

"Occasionally, for a variety of reasons, mouse numbers don't drop to target levels after an initial baiting and farmers have to rebait.

"For example, mice move from other properties or the mouse density is so high that some do not get to eat the poisoned bait. However, under both of these scenarios, bait with more chemical will not increase efficiency."

Dr Staples said that Australia's use of high chemical doses could come into question internationally since no major country allows or needs such high rates of chemical application.

"ACTA is committed to continue working with industry and research organisations to field test the unregistered 50g/kg bait and as that process continues, we urge customers to stick with the tried and true 25g/kg dosage," he said.

"Overuse of the unregistered 50g/kg bait could lead to chemical shortages and supply challenges, meaning some farmers might not be able to save crops in time."