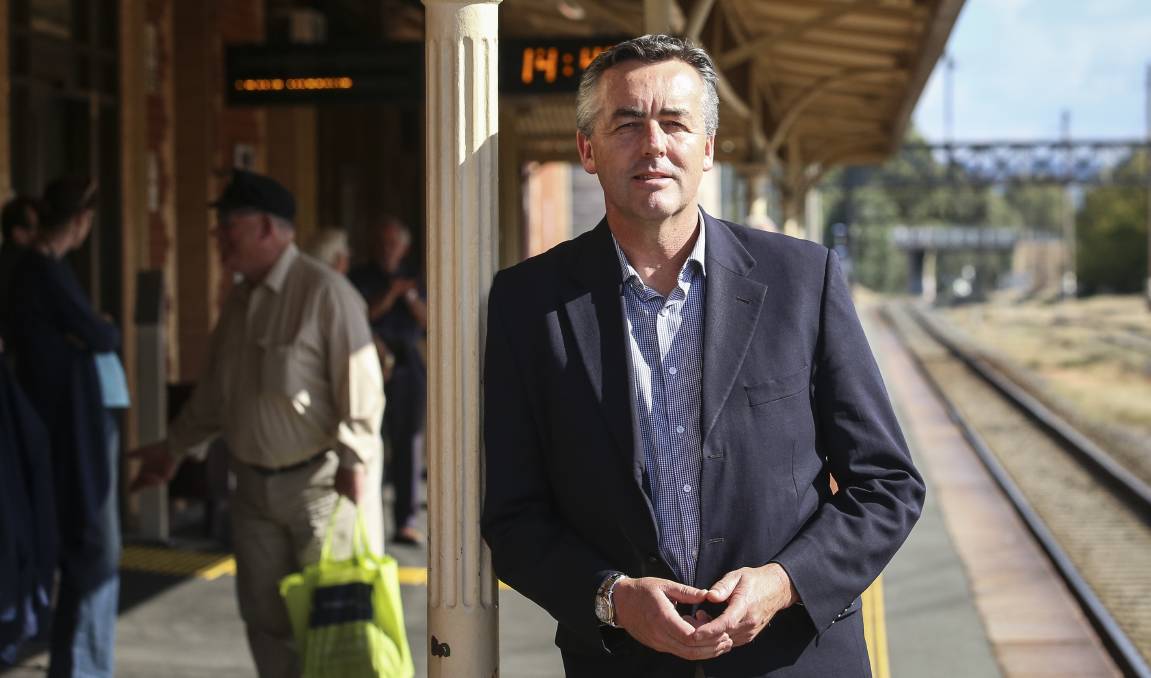 STEPPING AWAY: Darren Chester has walked away from the Nationals party room, labelling it dysfunctional.

The Nationals are sharply divided over a 2050 net-zero emissions, with a senior MP taking "some time away" from the party room.

THE NATIONALS are sharply divided over a 2050 net-zero emissions, with a senior MP taking "some time away" from the party room.

Gippsland MP Darren Chester expressed his frustration with the party's leadership and direction, announcing he'd "decided to take a break from organised meetings, events and activities" in the Nationals party room.

Mr Chester, who was dropped from the front bench when Barnaby Joyce regained the party leadership in October, said he would reassess his position when parliament resumed in October.

"To be clear, I continue to support the Coalition government but want some time away from the Nationals federal parliamentary party room to reflect on a number of significant issues," Mr Chester said.

"The party room and the way it's working at the moment is quite dysfunctional. Regional Australia needs a strong voice but a sensible voice."

The issue of a 2050 net-zero target is coming to a head within the Nationals and dividing the party, as the Liberals push its Coalition partner to agree a plan before the United Nations' Climate Change Conference in November.

Whether the Nationals agree will depend on what the Liberals can offer in exchange for regional Australia, including funding for the agriculture, resource and transport industries.

Mr Joyce has resisted calls for a net-zero plan, however recently indicated he would accept a firm 2050 target as long as the regions were not worse off.

The Deputy Prime Minister is under increasing pressure to negotiate a deal and win over his National colleagues, as Australia could face international trade tariffs if its climate policy remains stagnant.

Mr Joyce is also being squeezed by Prime Minister Scott Morrison, who is being pressed by the United States and United Kingdom to increase Australia's climate commitments, and Treasurer Josh Frydenberg, who warned there would be an economic cost to pay if the nation did not match the commitments of other major countries.

Mr Joyce has promised the net-zero decision would be put to a party room vote, but his goal of winning over the party room will be made harder by Mr Chester's absence, who is strongly in favour of net-zero.

Senator Canavan declared he was "deadset against net-zero emissions".

Former Nationals leader and Wagga MP Michael McCormack, who opposed net-zero as party leader, has urged his colleagues to come to an agreement, as without a net zero target, many lucrative trade deals could be made obsolete, depriving farmers of critical market access.

"If every other country who are our allies in trade and other things are saying we should be at net zero, then Australia will really need to consider its position," Mr McCormack said.

Labor leader Anthony Albanese said the Morrison government had no credibility on climate policy and as a result, Australia was a "pariah amongst our major trading partners".

"If Darren Chester doesn't have confidence in the Coalition, in which he was a Cabinet Minister just a few short months ago, the Australian people shouldn't have either," Mr Albanese said.

Labor MP for Hunter Joel Fitzgibbon, who recently announced he would retire at the next election, said the government was at war with itself over future climate policy.

"One former minister has already left the party room, and I'm sure plenty on the right of the debate are threatening to do otherwise," Mr Fitzgibbon said.