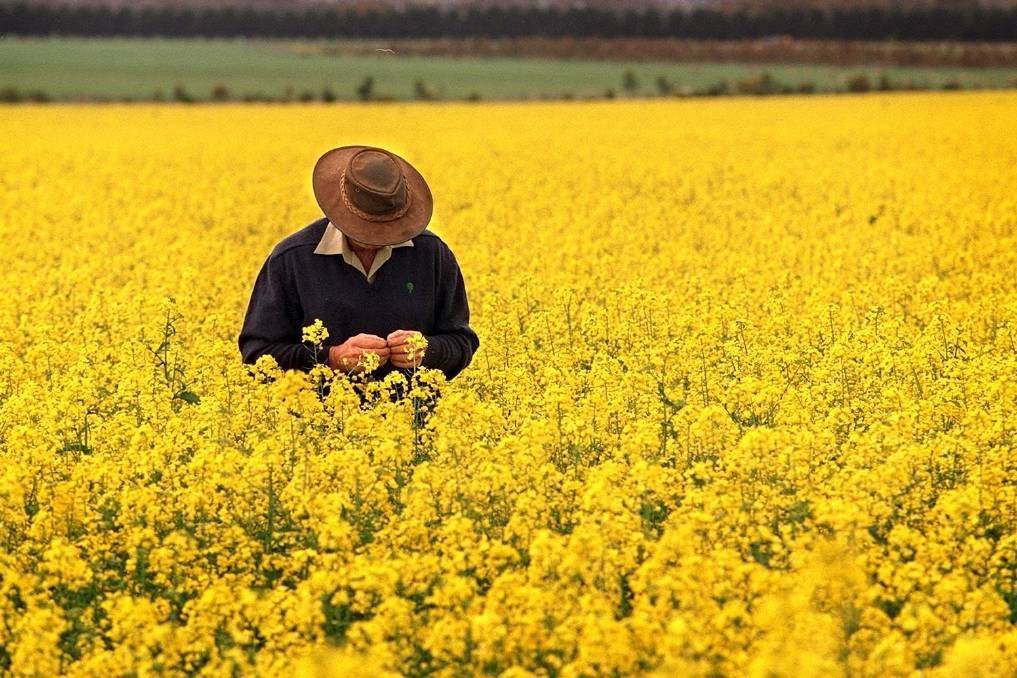 YELLOW GOLD: As Australia creeps towards $1000 a tonne for canola, the star oilseed could be in demand for at least another decade.

Changes in the global market are set to bring future growth opportunities for Australia's booming canola industry, according to a newly released industry report.

Structural changes in the global market are set to bring future growth opportunities for Australia's booming canola industry, according to a newly-released industry report.

Policies to curb emissions in North America and Europe are expected to lift global demand for oilseeds, and in particular canola, through to 2030.

Over the next decade, government initiatives to curb emissions in the northern hemisphere will fundamentally change, and be the key drivers of, the global canola market, the bank says.

"In our base case outlook, these are modest initially, but grow as a result of structural shifts in the global industry in 2024/25 due to Canada's falling exportable surplus and then again from 2026/27 onward due to the European Union's increasing canola import needs," he said.

Global supply of canola in the current 2021/22 season has been badly hit by drought in Canada, the world's largest canola exporter, and by continued heavy EU import demand.

And this has been benefiting Australia and other exporters, the report says.

Canola prices domestically are edging towards the $1000 a tonne mark while overseas markets already broke through that level earlier in the year.

A substantial lift in global canola production is expected next season (2022/23) however, the report says, driven by improved seasonal conditions and elevated prices, which will expand acreage worldwide.

"Both will contribute to a large re-supply globally," Mr Voznesenski said.

"However, in 2024/25, we expect new Canadian crushing capacity to come online to supply a growing renewable diesel sector across North America and this will reduce Canada's exportable surplus, primarily to price-sensitive markets in Asia and Mexico, but also to Europe." 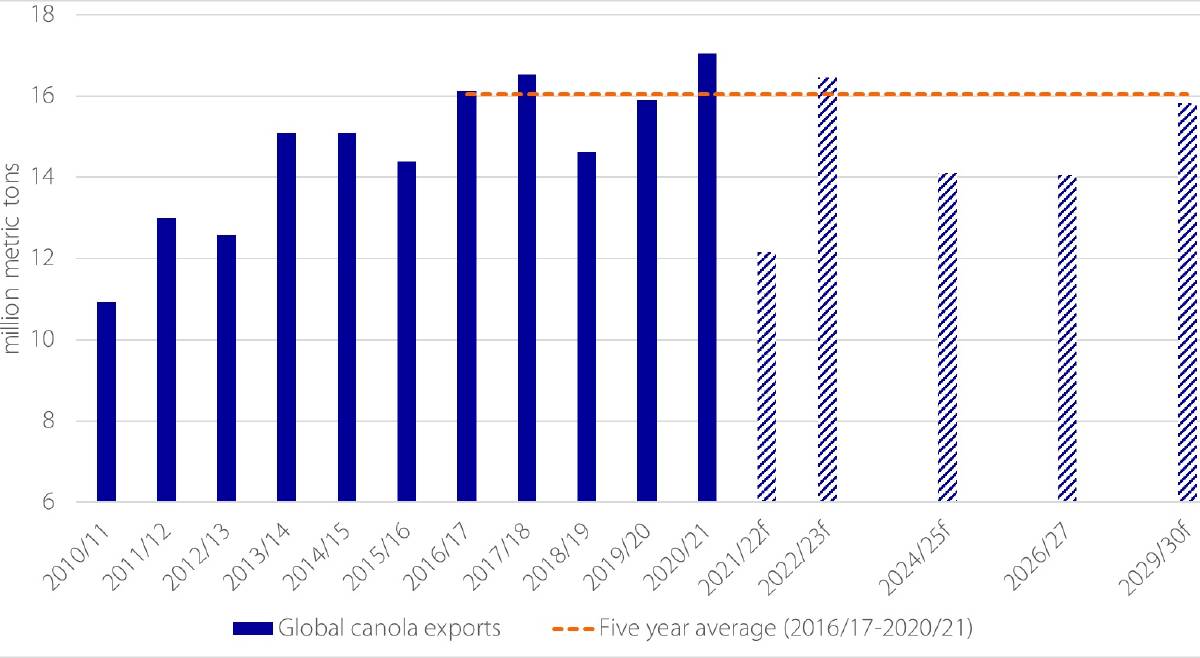 Canada typically produces close to 30 per cent of the world's canola and accounts for around 64pc per cent of global exports.

"Then from 2026/27 onwards," Mr Voznesenski said, "we expect sizeable reductions in the EU's use of palm oil as a feedstock for biodiesel as it is phased out to meet sustainability commitments.

"The feedstock gap created will deliver an opportunity for even greater use of canola in the EU.

"Even under favourable European growing conditions, we could see EU import demand for canola then rise to levels similar to those of recent drought years."

Just how much Australian canola, and canola prices, benefit will depend on a number of variables.

These include how quickly the EU phases out palm oil in biofuels and how much Canadian canola exports drop, as well as how much global production grows and what additional sustainability requirements may be placed on Australian canola.

"While the road to 2030 for canola contains many uncertainties, we can be sure that the global exportable surplus is on a downward trajectory. And this will create opportunities for the Australian canola industry," Mr Voznesenski said.

"In years when global production significantly underperforms, which it inevitably will, shortages will result in even greater opportunities for Australia.

"Australia can lift canola production, and it will continue to have an export surplus, potentially much larger in periods of supportive price signals and favourable seasonal conditions."

"The availability of more resilient varieties, hybrid and genetically-modified (GM) in particular, and the widespread adoption of crop rotations - which use canola as a beneficial break crop in cereal crop programs - and no-till farming have supported the expansion," Mr Voznesenski said.

The price ratio between canola and cereals has also been critical to the expanded adoption of canola in Australia's winter cropping program.

"In particular, we have seen lifts in the pricing of canola relative to wheat and barley causing a sustained step-up in average planted area."

Incentivised by good price prospects and supported by early and good season rainfall, Australia's planted canola area increased 25 per cent year-on-year in 2021 from 2.4 million to 2.9 million hectares, 15 per cent above the five-year average.

The greatest increase in planted area, and therefore production, in Rabobank's outlook is in the already dominant canola-growing states of New South Wales and Western Australia.