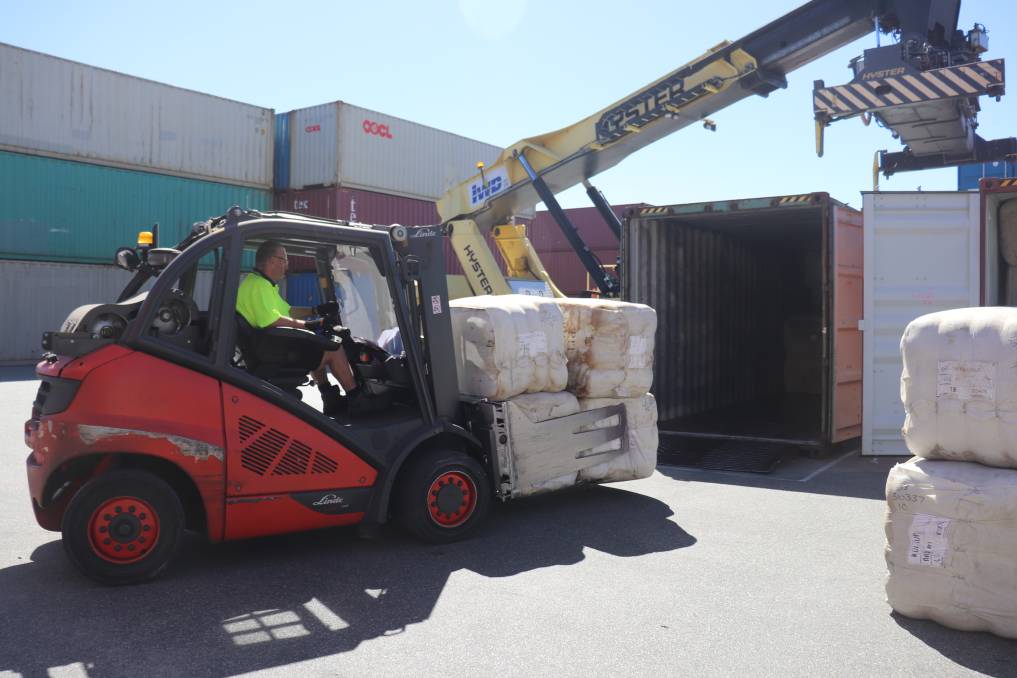 Wool price levels are dependent on currency movements and demand from China, Italy, India and other buyers.

Wool prices are dependent on currency shifts and demand from China, Italy and India.

The "risk on - risk off" yoyo continued to reverberate around the globe last week.

Another Evergrande default, European energy concerns, uncertainty about who will replace German Chancellor Angela Merkel, Vladimir Putin's election win, the US debt ceiling, China's electricity crisis and the Australian women's cricket team losing a One Day International all contributed to some jitters across the world.

The wool market reacted as expected, given the immediate restrictions placed on textile manufacturers across China, and prices eased by 30 cents a kilogram.

It was not an Armageddon move by any stretch, and is unlikely to continue as a trend for long.

But it did give those in the trade a bit of a reality jolt, including the Melbourne wool buyers who were back out on the show floor instead of in the nice cosy auction rooms last week.

Wools accredited as Responsible Wool Standard (RWS) made up only two per cent of the offering in Australia.

As these are in incredibly short supply, they maintained their premiums - even if the specifications were less than perfect in some cases.

Those operators with longer term vision continued to accumulate the better style wools, or the better value wools.

Some of the opportunistic traders, or indent operators, swung across into the other textile arena and studied lint fibres from the mid-section.

Grower resistance to last week's price drop was understandable - and welcome - leading to an increased pass-in rate approaching 25pc of the catalogue.

This reduced supply to a more manageable volume and 30,000 bales actually changed hands.

The scheduled roster for this week is 42,000 bales.

So, it could be reasonably expected there will be a similar result in terms of clearance.

Price levels will obviously be dependent on currency movements and demand from China, Italy, India and other buyers.

There has been a smattering of new business from China since the initial price drop last Wednesday.

So, despite the week-long holiday in China this week, we might see the market begin to firm up again.

October is still a wobbly month for textile demand, hence the increased activity in the lint trade.

But those with a "glass-half-full" approach will back the Chinese textile trade to assert itself at the front of the pack when it comes to electricity allocations and keep things moving.

Electricity rationing in China is not a new phenomenon.

It has been an issue several times in the past decade as consumption grew faster than generation capacity, which is again the case now.

Due to the rest of the world leaning on China's manufacturing ability during the various COVID-19 lockdowns, as well as China's general evolution into a more high-tech, energy intensive lifestyle, electricity consumption in 2021 has increased by 20pc, according to a Reuters report.

If found that generation of electricity had only increased by 13pc in the first eight months of 2021.

This shortfall is obviously leading to some issues right across the country as China tries to decide which users should be given preference.

Residential power during the coming winter period will be given greater priority, given that an election year is approaching, and the government wants the populace to feel happy, contented and warm.

Textile mills, some of which already have large solar energy systems installed on their factory roofs, will need to leverage their local government relationships to keep the various parts of the pipeline working in harmony.

Scouring and carbonising are reasonably power-hungry in terms of water heating and dryer consumption.

But this is totally necessary if the combing and spinning mills are to operate.

But without them, the textile pipeline grinds to a halt - as do the incomes of millions of workers.

So, after the Golden Week national holidays, Chinese mills will be back to work - some full time and some part-time.

People will have done their shopping, perhaps adding an extra sweater or woollen blanket to their shopping cart - just in case the heating goes off - and life in the textile trade will return to normal.

Prices in October can fall by as much as 8pc and still be within the normal range.

But given the grower's ability to restrict supply, this October is unlikely to see anything like that magnitude of movement.

Some pundits are already saying that there has been enough business done to elicit a recovery next week. Time will tell.

Other textile fibres are certainly not rushing for the windows.

Cotton, the other big natural fibre, is rollicking up the price curve on the New York futures exchange.

Prices for cotton have been increasing since May 2020 and, despite reasonable stock levels around the globe, the December contract has suddenly lifted off and passed the $1 per pound mark for the first time since November 2011.

Wool futures on the Riemann exchange are a little less exhuberant, but still reflect a positive sentiment into 2022.

Prices for polyester, the feedstuff for most of the micro plastics in the world's oceans - as well as for a fair few apparel items around the globe - have also increased significantly in the past couple of months.

Given this backdrop of other apparel fibre prices, the fact that wool does actually keep you warm if the heating happens to go off - and the increasing propensity for consumers to want a natural product - it is pretty difficult to mount a case for wool prices to go anywhere but up during the next few months.