Canola's status as a farmer favourite in 2021 is firmly cemented after prices cracked through the four figure mark, hitting $1020/t in WA. 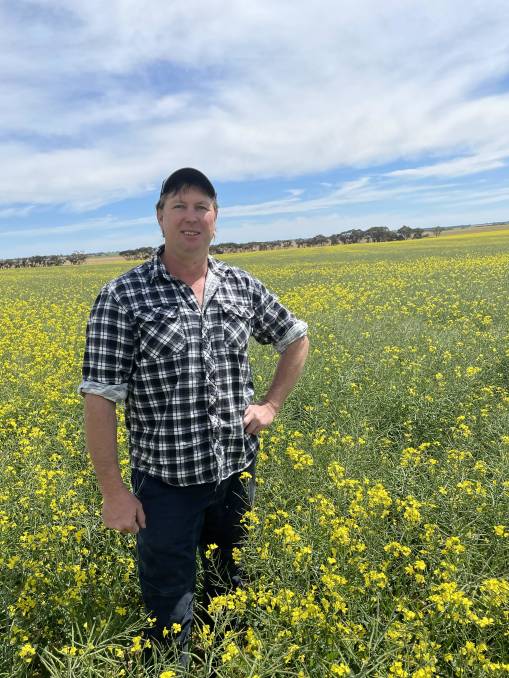 While prices in four figures have occurred in the past in broadacre crops with smaller overall production, such as lentils and Kabuli type chickpeas, current canola prices are a record for widely adopted broadacre crops in Australia.

Prices last week touched $1020/t in Western Australia and also crept over the $1000/t mark delivered to crushers on the east coast.

"This is the highest we have seen in terms of prices by a significant margin and combined with the good potential in terms of yield in crops leading into harvest in most regions it is a real opportunity for growers to cash in," Mr Goddard said.

With the current prices, which he estimated would average $850/t over the course of the market season, combined with projected production of between 4 and 4.5m tonnes, compared to last year 4.3m tonnes, Mr Goddard said it was set to easily be Australia's most valuable canola crop on record.

"This is going to be one of those seasons that are remembered for a long time, hopefully for all the right reasons if we can get the crop off safely," he said.

He said inquiry from international customers had been solid in light of the below average Canadian crop this year.

But it is not just growers set to enjoy canola's golden age.

The good news extends beyond the farm gate, with Mr Goddard saying crushers, even with the high input cost of canola, are also reporting good margins.

"The crushing industry roughly works on two years in five losing money, two breaking even and good margins one in five years, this will mean two good years in a row for them which is good for the industry," he said.

However, he cautioned Australian canola producers not to fall into the trap of thinking current price levels, supercharged because of a lack of product in the world's largest exporter, Canada, would become a new normal.

"With average production in Canada next year we will be most likely to see prices coming back off these current four figure offers," he said.

However, in good news for growers he did not prices snapping back to lower levels, rather easing back off current highs.

Mr Goddard the major issue in terms of production had been dry conditions in parts of SA and a heavy frost in WA.

"We're looking at close to record production but we may fall just short just with a few little things that have happened over the last month or six weeks.

"It's still going to be a really big crop but we may have just seen the cream on the top come off."

"The crop is right up there, we'll fall either side of the record, earlier on it looked like we'd probably set a new record but there's just been a few little things at the end of the growing season that may slightly take the gloss off."

"You also have to factor in the late start to the year through Victoria and SA, which will mean crops incur a yield penalty."

Nathan Albrecht, who farms in Victoria's Wimmera at Antwerp, said he was pleased with how the year had panned out after the late start.

"We were nervous about the year early on, then winter was good, then it came in dry again, but we've had good rain in the past fortnight which should help get the crops over the line, we just have to dodge the frosts from here," Mr Albrecht said.

He said he was lucky to have a reasonable area of canola in this year.

"We weren't even looking at the prices, even though they were reasonable at sowing, when making our minds up, it was just the way the rotation went, then we nearly dropped a couple of paddocks due to the dry start but it's been good given what has happened price-wise since, providing things remain on track."

On the flip side Mr Goddard said growers with solid crops had the price signal to push the envelope on yield.

"The record prices mean people will be happy to go out with that extra spray or that extra application of fertiliser so that will boost yields in some areas by a small amount."

In terms of summer oilseeds, Mr Goddard said prices had been high in soybeans domestically for the last couple of years so he did not think the high values would spur extra plantings this season.